Duterte to sign EO on ‘endo’ on or before May 1 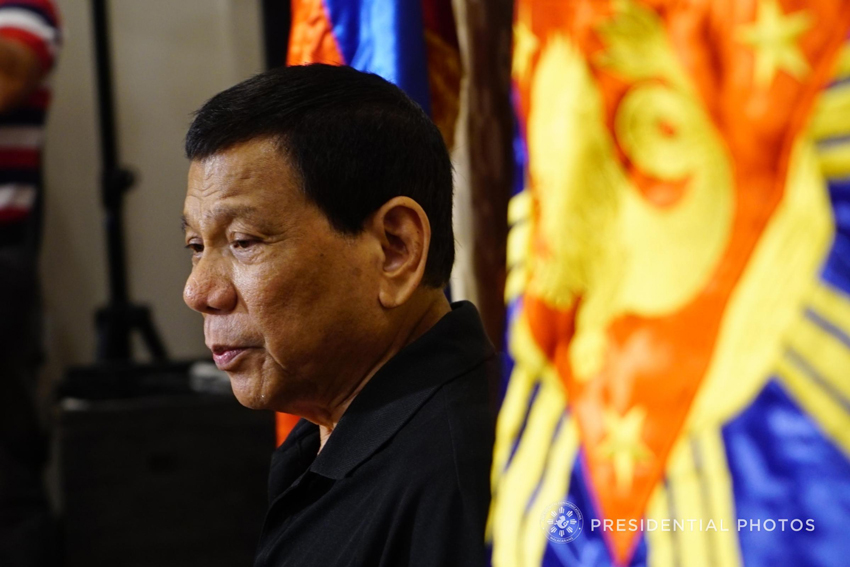 According to Presidential Spokesperson Harry Roque in a Palace briefing on Monday, April 16, 2018, President Rodrigo Duterte will sign the executive order (EO) to end “endo” or end of contract on or before May 1, the celebration of Labor Day. (Presidential Photo)

MANILA, Philippines – President Rodrigo Duterte will sign the executive order (EO) to end “endo” or end of contract on or before May 1, the celebration of Labor Day.

Presidential Spokesperson Harry Roque announced this in a Palace briefing on Monday.

“The President wants it as soon as possible. We all know that Labor Day is May 1. So, I would think that it will come out on or before May 1,” Roque said.

But because Duterte aborted his supposed meeting with labor groups to discuss contractualization last April 16, Roque said, the final version of the order may not have been agreed upon by labor groups and the employers’ group.

“I can only surmise that the final version of the EO has not been agreed upon by both labor, management, and government. It’s a tripartite document, which has to be agreed upon. So, possibly, they don’t have a final version yet,” he said.

At present, there are two draft EOs on contractualization: one formulated by the labor sector and the other, crafted by the employers’ groups and the Department of Trade and Industry (DTI).

Duterte earlier refused to sign the labor sector’s draft EO prohibiting all forms of contractualization in the country.

Anakpawis party-list Representative Ariel Casilao called on labor groups to intensify their protest against the government version of the EO, which he dubbed as “business-friendly.”

“The failure to sign its supposed draft on ending contractualization makes it obvious that even among the circle of the president they find it hard to present it because it’s basically anti-worker. No rosy picture justifying contractualization will be accepted by the workers,” Casilao said in a statement, Monday.

Casilao warned the Palace that it would face further backlash if it issues a business-friendly model of an anti-endo EO, as it had become more evident the President has no intention of fulfilling his campaign promise to the workers.

Casilao said Duterte’s hesitation to sign the draft executive order to stop contractualization is proof that he is “leaning more on the side of his capitalist bosses rather than on the side of workers’ aspiration for security of tenure.”

“Workers should not depend on the president to hand them their demand for a contractual-free labor sector. Clearly it is not going to happen as gradually, the government has been reduced to mere press releases,” he said.

“This is tantamount to empty promises to ending contractualization. Their demand is just. They should assert it mainly through militant and collective action” the lawmaker added. (davaotoday.com)