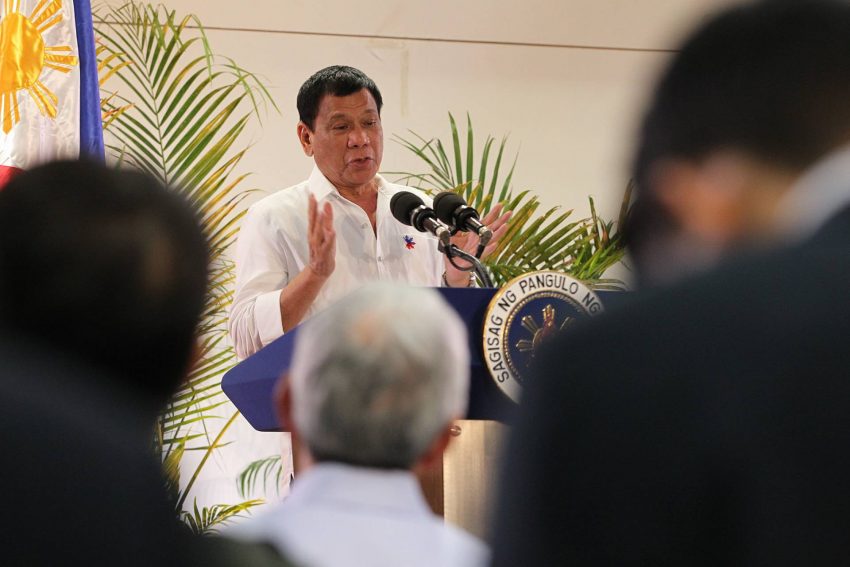 Duterte said the US President wished him success in his war against drugs.

“He was wishing me success in my campaign against the drug problem. He understood the way we are handling it and I said that there’s nothing wrong in protecting a country,” Duterte said.

He described Trump’s message a “a bit encouraging.”

“I supposed that what he really wanted to say was that we would be the last to interfere in the affairs of your own country,” he said.

“He was quite sensitive also to our worry about drugs. And he wishes me well to, in my campaign and he said that… well we are doing it as a sovereign nation, the right way. And he wishes us well,” Duterte said.

Duterte said the conversation went only for a few minutes but added they were able to talk about a lot of things. Duterte also assured Trump of the Philippines ties with the US.

He said Trump “will be a good President” of the US. “I am very sure,” he said.

He said Trump has invited him to the New York and Washington. He also said Trump will try his best to join the ASEAN Summit, which the Philippines will host.

“He will try his best to be here. He wants to attend the Summit and that would be great for our country,” he said.
(davaotoday.com)