DAVAO CITY, Philippines – ​President Rodrigo Duterte would be measured largely on the promises he made during the first State of the Nation Address, of which he may ride high on a good confidence level among Filipinos, a recent survey would indicate.

This month, days before President Duterte’s second SONA, survey result released by the Social Weather Station (SWS) revealed that 78 percent of the 1,200 respondents surveyed on June 23-26 were satisfied with Duterte’s performance. Duterte got an overall net satisfaction rating of +66, two points higher than his new past personal record which was recorded in September 2016.

In June this year, the National Economic and Development Authority (NEDA) launched the country’s Development Plan 2017-2022 that lays down the foundation of inclusive growth, a high-trust and resilient society, and a globally competitive economy. 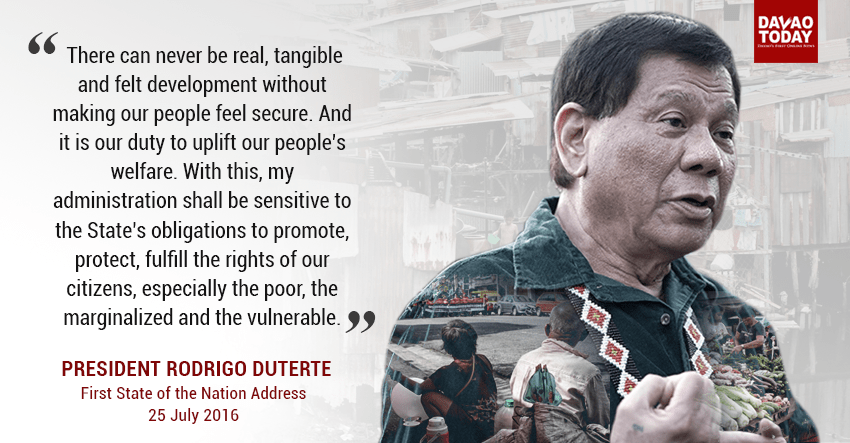 “There can never be real, tangible and felt development without making our people feel secure. And it is our duty to uplift our people’s welfare. With this, my administration shall be sensitive to the State’s obligations to promote, protect, fulfill the rights of our citizens, especially the poor, the marginalized and the vulnerable.”

This was one of the promises made by President Rodrigo Roa Duterte during his first State of the Nation Address (SONA) last year.

The long-term plan is centered on “malasakit (change we feel), pagbabago (change we see), and patuloy na pag-unlad (change we sustain).” By 2022, the country targets to have a growth rate of GDP to a seven to eight percent in the medium term while overall poverty rate is set to decline from 21.6 percent in 2015 to 14 percent by 22.

However, while Duterte’s performance is enough for the majority and while his ratings remain high, the poor sector said aside from the security, they don’t feel the ‘change’ with the present administration.

Momina Makaombao, 28, a resident ​of ​Quezon Boulevard here carries along with her two baskets filled with school supplies and other products every day to stroll and sell it all ​at the alleys of the city’s public markets such as in Agdao and Bankerohan.

“Wala man gihapon nag bag-o sa amo. Mao ra gihapon among panginabuhi ​ (Nothing has changed for us​. We still have this kind of life),” Makaombao said, adding she’s been vending for more than 10 years now.

Makaombao said she leaves her four children​ – two elementary pupils, a three-year old kid and a one-year old baby -​ to her sibling to take care of them while she and her husband who is a “sikad-sikad” (pedicab) driver is working.

Makaombao said she is able to get P500 to P1,000 daily however; the money she earns for the whole day is still being deducted of expenses she needs for the supplies for the next day. Her husband earns at least P300 for the whole day.

She said she and her husband can feed their children three times- a- day but their earnings are only enough for food.

“Sa makaon lang, sakto lang. Pero kanang sa pag eskwela nila, pareha atong opening, akong isa ka anak wala gani nako napalitan og requirements niya (Our food is enough. But for their education, like during the opening of classes, I wasn’t able to buy some requirements for one of my children),” she said.

“Kung magkasakit, dili nako sila kaya mapacheck-up kay wala’y kwarta. Pag moadto’g hospital mobayad man gyud gihapon (If they are sick, I cannot afford to have them sent to the hospital because we don’t have enough money. If we go to hospitals, we are still obliged to pay),” Makaombao added. 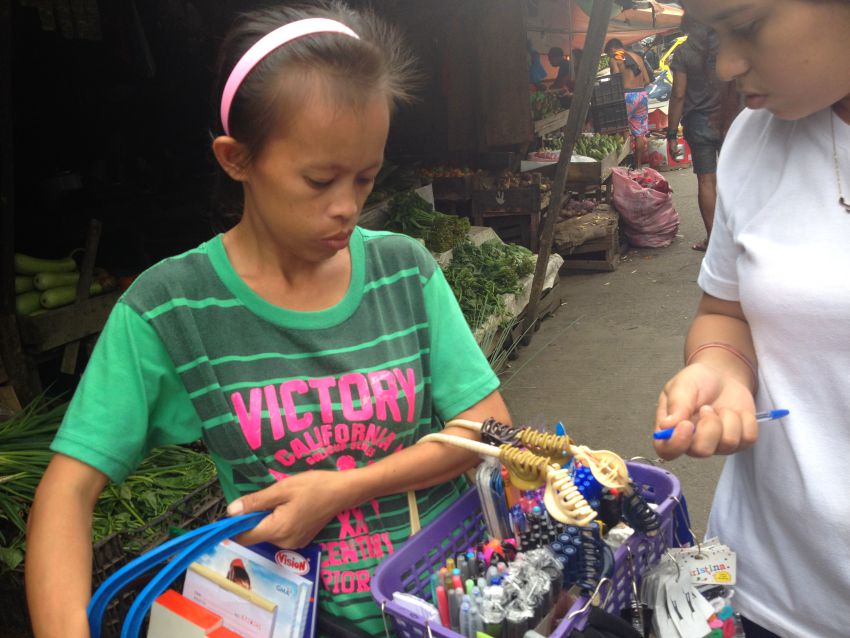 STILL LONGING FOR CHANGE. Momina Makaombao, 28, sells school supplies and other products as her daily living to provide for her family’s needs. Makaombao strolls around Bankerohan and Agdao public markets everyday to earn money. She said she hopes the President Rodrigo Duterte will implement policies and programs that will alleviate them from poverty.(Robby Joy D. Salveron/davaotoday.com)

Molina said he makes sure that he gets enough money for his 11 year-old daughter to be able to eat thrice-a-day.

Their situation are in contrast to the promise that the basic needs will be provided.

During his SONA a year ago Duterte said: “At the household level, there must be sufficient income for all Filipinos to meet the basic food and non-food needs for their families.”

According to a data released by Philippines Statistics Authority (PSA), the women sector is considered fifth on the poverty incidence among the basic sectors in 2015 having a rate of 22.5 percent.

Espinosa pointed that one of the root causes why Duterte’s promises for the poor are tangible because “contractualization” remains to be implemented. She said it’s a situation faced by most women, like Makaombao.

Ending contractualization was one of President Duterte’s promises to labor groups and workers during his campaign. On May 1 this year, Duterte again vowed to end contractualization but asked to give them more time as they are still “making adjustments”. The President said he stands firm in his conviction to end it.

Espinosa said Duterte’s administration still lacks programs such as housing projects that shall benefit the poor who are mostly informal settlers. 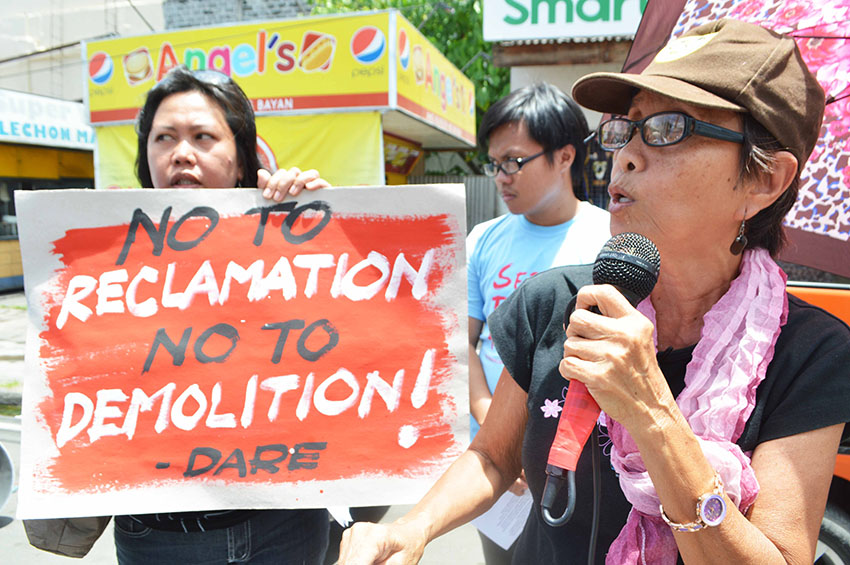 IN SOLIDARITY. ​Members of the urban poor group, Kadamay express their support to the Occupy Bulacan activity of their counterparts in Luzon Friday, Mar. 24, 2017 along Magallanes Street in Davao City. Here, Corazon Espinoza, Samahan ng Maralitang Kababaihang Nagkakaisa chairperson delivers her message of support to the urban poor women in Bulacan who are occupying a government housing unit. (Medel V. Hernani/davaotoday.com)

Espinosa said she hopes that whatever promises Digong will make in his SONA on Monday and the other SONAs left in his term will be fulfilled.

Both Molina and Makaombao said they hope Duterte’s administration will create programs that would help them be alleviated in the poverty line. But as for now, they said they’ll continue to stroll and sell around the city to provide for their family’s needs.

In his recent speech, three days before he delivers his SONA, Duterte pleaded for patience.

“Now I’m just a government employee for one year, can I have your patience everybody? I’m just one year, but I’m trying to do my best, the very best,” Duterte said during his speech at the Davao Investment Conference here on Friday. (davaotoday.com)