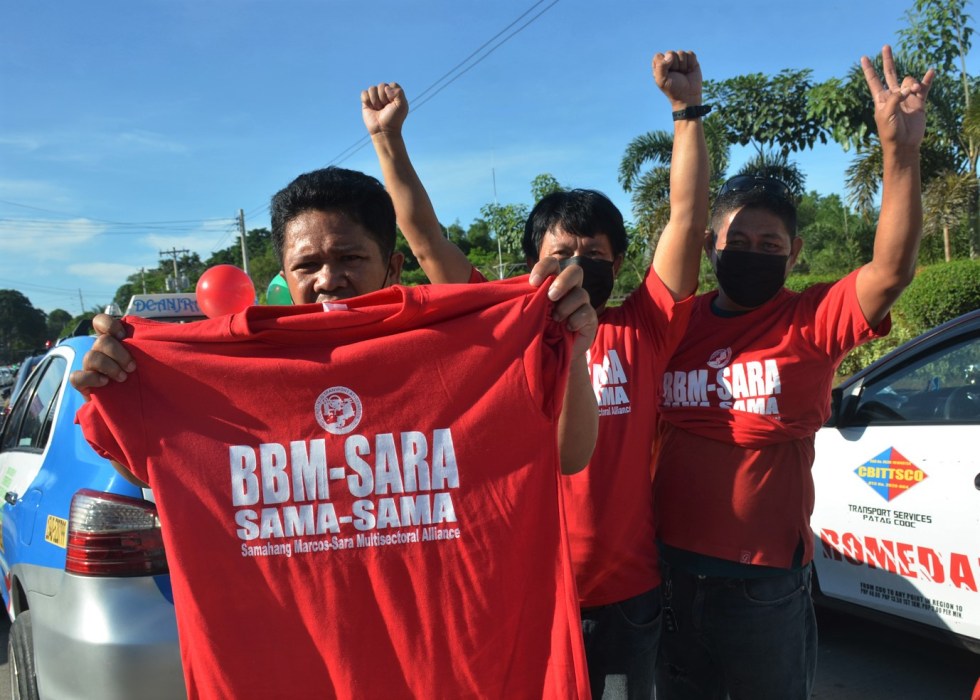 Peter Tiu Laviña, the spokesperson of Duterte during the 2016 campaign and later appointed head of the National Irrigation Authority, is now a convener of Samahang Marcos-Sara Multisectoral Alliance (Sama-Sama), a group that is supporting the tandem of Marcos and Duterte’s daughter Sara who is running for vice president in the 2022 election.

The group convened its chapter in Cagayan de Oro on Saturday November 27 where Laviña defended Marcos Jr from the criticisms that Duterte raised against the son of the former dictator.

In his recent speeches, Duterte threw shade at Marcos by calling out a candidate who is a “weak leader” and a “spoiled child” with “baggage”.

Duterte, who is running for senator, said his group will not coalesce with the Marcos-Sara tandem. The president is endorsing the presidential run of his former aide Senator Christopher ‘Bong’ Go.

But Laviña said during the press conference that the people are not swayed by the president’s comments.

“I’m sorry, Mr. President, but the people did not buy it,” Laviña said

He said what matters now is the people’s opinion rather than the opinion of one person.

“In fact, if we look at it, Marcos’ ratings in the surveys have even gone up,” Laviña.

A survey from the Social Weather Station made at the end of October showed Bongbong Marcos Jr ranked first in voters’ preference. Vice President Leni Robredo comes in a distant second.

Marcos Jr faces controversy in his candidacy, with allegations of drug use thrown at him by Duterte, and a disqualification case over non payment of tax.

Laviña was appointed administrator of the National Irrigation Authority after Duterte’s win in 2016. Duterte said he fired Laviña over charges of corruption.

Laviña was an anti-Marcos activist in the 1980s, as he had joined the Nationalist Alliance for Justice, Freedom and Democracy (NAJFD) and Bagong Alyansang Makbayan.