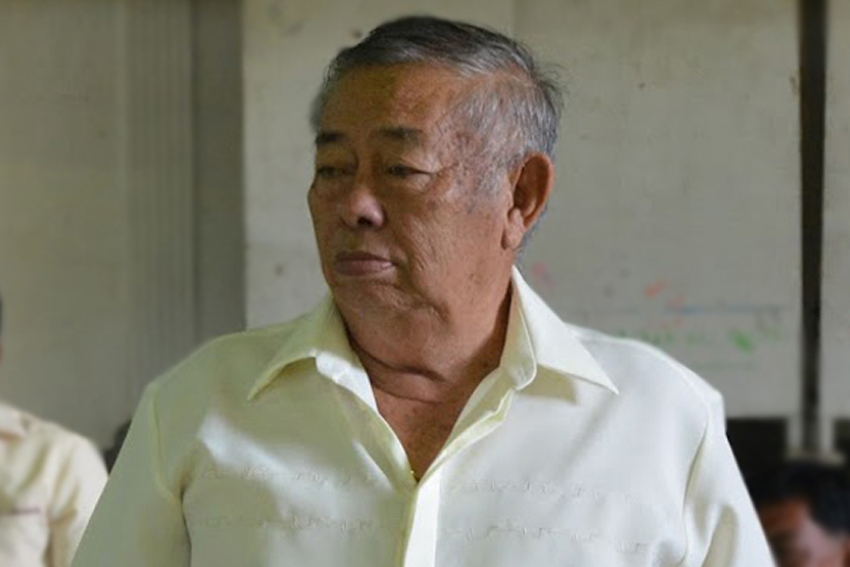 TAGUM CITY, Philippines—A former local chief executive of the Island Garden City of Samal (IGACOS) was dismissed from government service after graft investigators found him guilty of grave misconduct after he received a cash gift of P200,000 from a multi-purpose cooperative.

The Office of the Ombudsman on Thursday, October 19 said former IGACOS Mayor Aniano Antalan is facing a fine equivalent to his one year’s salary. He was also meted with perpetual disqualification from holding public office, forfeiture of retirement benefits, and cancellation of his eligibility.

Antalan is also set to face trial for three counts of Indirect Bribery and two counts of violation of Section 3(b) of the Anti-Graft and Corrupt Practices Act.

Under Republic Act No. 3019, a public official is criminally liable when he or she “directly or indirectly requesting or receiving any gift, present, share, percentage, or benefit, for himself or for any other person, in connection with any contract or transaction between the government and any other part, wherein the public officer in his official capacity has to intervene.”

Antalan’s case stemmed when he signed in 2012 a memorandum of agreement (MOA) with partylist Cooperative NATCCO Network Party, Inc. (Coop-NATCCO) and the Samal Island Multi-purpose Cooperative (SIMC) for the implementation of micro-finance projects through the P5 million Priority Development Assistance Fund (PDAF).

Under the MOA, the local government is tasked “to receive funds to be delivered to SIMC and to recommend the priority micro-finance projects and beneficiaries.”

The anti-graft body said that SIMC received the funds on December 28, 2012, but they found out that on the same day, Antalan received a cash gift from SIMC amounting to P200,000.

In a resolution of the SIMC, it said “the board authorized the release of the cash gift to respondent as an expression of gratitude to him because he is always there for the cooperative especially in approving/signing of the MOA between the local government of IGaCOS with the coop.”

In his counter-affidavit, Antalan did not deny that he received cash gift. Apart from this, Antalan also received P100,000 in 2014 and
P100,000 in 2016 claiming that “they were given during the Christmas season.”

However, he argued the money he received are insignificant in value to make him liable for graft.

In an Ombudsman resolution, it said that the amount Antalan received in 2014 and 2016 “manifest that the reason of SIMC’s board in giving the cash gifts was to acknowledge the help given by respondent in the approval of the MOA.”

The Ombudsman pointed out that the amount was immaterial to Antalan’s case, but how the money was used to favor SIMC.

The agreement does not provide for such kind of funding to respondent, the Office of the Ombudsman said.

It further added that if the amount was intended for such purpose, then it forms part of the public funds which should have been turned
over to the city government for it to be the subject of regular accounting rules and procedures.

“There is evidence to show that the money given was not intended for the implementation of SIMC’s micro-lending program but a cash gift at the full disposal of respondent,” it said.(davaotoday.com)