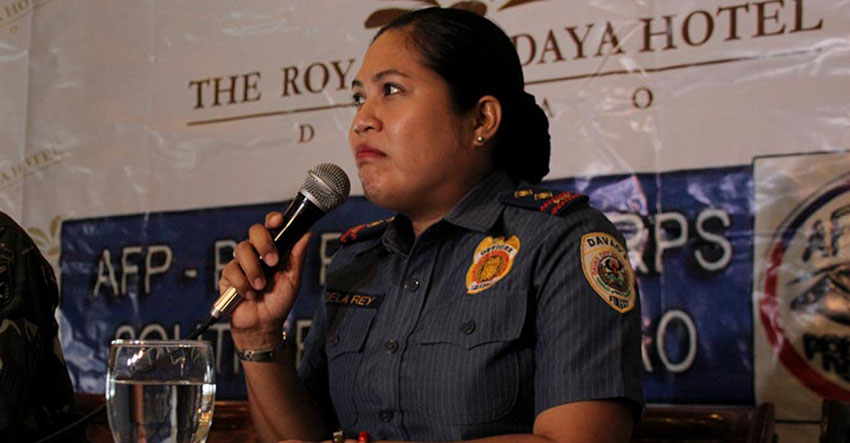 Paler, a habal-habal driver, figured in a gun fight with police operatives during buy-bust operation at Rosalina Village, Bago Gallera.  Police authorities said that Paler sold to an asset one piece of sealed transparent plastic sachet of shabu for P500.

Between October to November 15, there were a total of 313 houses visited during “Oplan Tokhang” while 37 drug user voluntarily surrendered to the police, 457 were arrested in buy-bust operations and 41 were neutralized.

Meanwhile, Dela Rey said the PNP has yet to issue a guideline to bring Oplan Tokhang in schools.

“There is still no guidelines from the proposal on visitation of schools,” she said, adding that anti-illegal drug symposium has been intensified to educate the students about the government’s war on drugs.

“The police stations here are now complying on the given quota of the City director but as of now we haven’t received yet the reports since the phase two of the operation will end on December 31,” she said. (davaotoday.com)