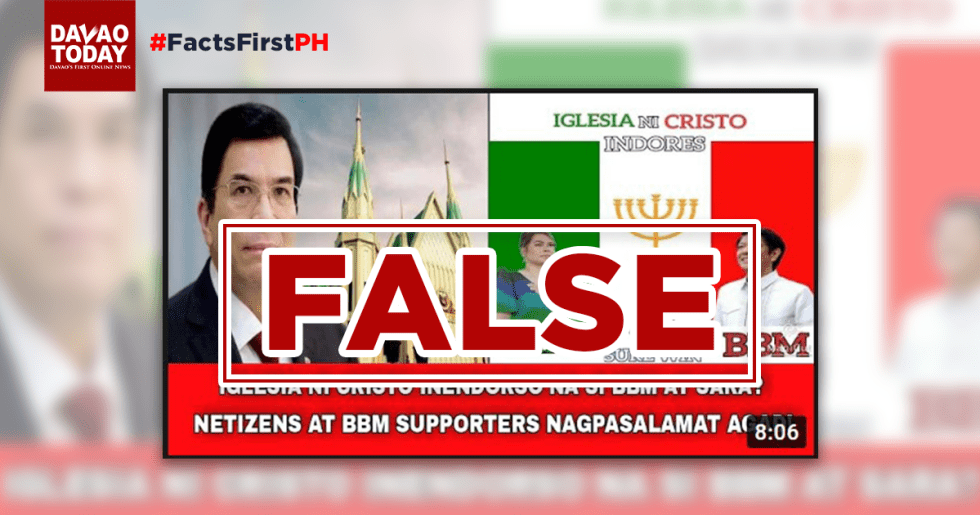 The Uniteam BBM-Sara has shared a screenshot of a YouTube video claiming the religious Iglesia ni Cristo has endorsed the Marcos-Duterte tandem. The video posted by Robin Sweet Showbiz on April 11, was viewed 110,223 times.

The post has drawn supporters of the Marcos-Duterte tandem to believe it has secured victory in the coming election, as the church group is known to vote as a bloc with around 1.5 million votes.

Iglesia ni Cristo has yet to release an official announcement on who to endorse in the Presidential elections. The official website has not posted any political endorsement.

Marcos Jr’s spokesman and chief of staff Atty. Vic Rodriguez denied that the endorsement has been made.

The UniTeam on February had their proclamation rally held in the INC-owned Philippine Arena in Bulacan.

In 2016, the INC endorsed the candidacies of President Rodrigo Duterte and Bongbong Marcos who was then running for the vice presidency. Marcos lost in that election.