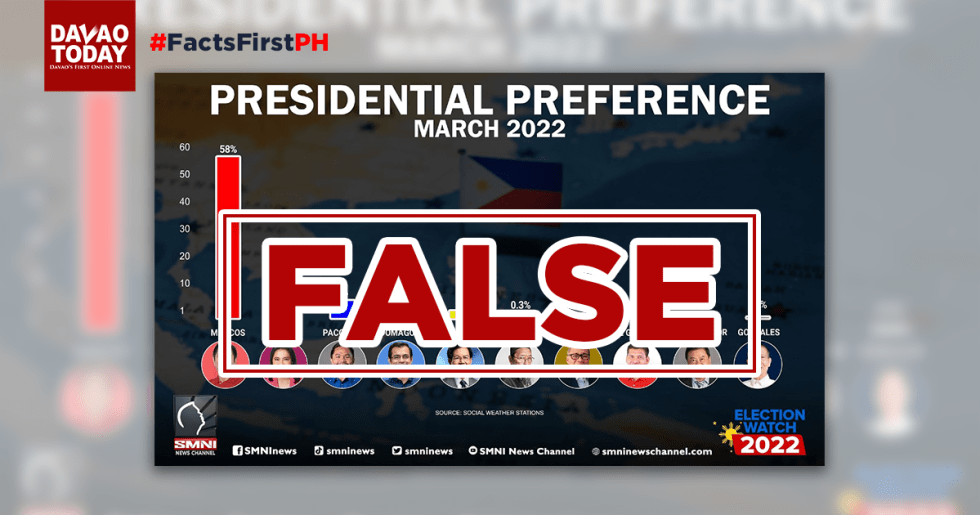 CLAIM: Sonshine Media Network Inc News, owned by Pastor Apollo Quiboloy, released in their Facebook page on Thursday a survey results from the Social Weather Station conducted last March that showed Ferdinand ‘Bongbong’ Marcos Jr. widening his lead against Vice President Leni Robredo in the voters’ preference for the presidency with a rate of 58% to 18%.

The research institution Social Weather Station has not released such report about the people’s presidential preference surveyed on March.

What they had released was its National Weather Survey conducted on December 12-21 in 2021, and it is their latest report posted on their website on April 6.

SWS, in their public reminder said that false reportage about SWS surveys are common in a period leading to an election.