Filipino businessman  tells gov’t, Reds: we must not stop until we achieve peace 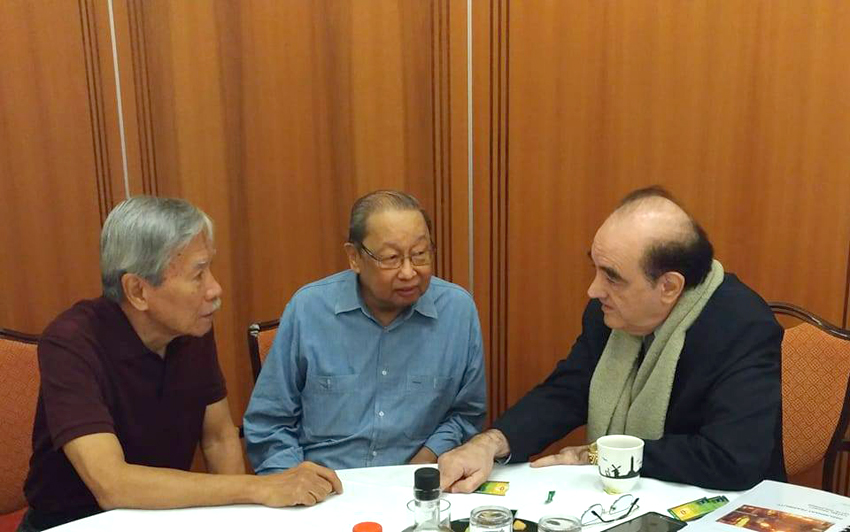 Filipino businessman Joaquin Jack Rodriguez (right) discusses with NDFP Chief Political Consultant Jose Maria Sison and independent cooperator and former Congressman Satur Ocampo during his visit to the peace panels on Tuesday, May 30. Rodriguez, who comes from one of Davao City’s most prominent families, expressed his support to the peace talks as he encouraged the peace panels to continue talking. (Zea C. Capistrano/davaotoday.com)

NOORDWIJK AAN ZEE, The Netherlands — Even with the cancellation of the fifth round of talks, delegates of the government peace panel and the National Democratic Front of the Philippines continued to hold unilateral and informal meetings here Tuesday, March 31.

They also met with Binibining Pilipinas Intercontinental 2017 Katarina Rodriguez and members of among Davao City’s most prominent families, the Habana and the Rodriguez families

Jack Rodriguez gave a speech before the NDFP peace panel and the officials from third party facilitator, the Royal Norwegian Government, inside the NDFP secretariat room at the Radisson Blu Palace Hotel here.

“No one man can decide the destiny of over a hundred million people. We must realize that. Joma can’t do it, I can’t do it, you can’t do it, nobody can, including the President. The welfare of everyone must be taken into account. We must not stop until we achieve peace once and for all,” Rodriguez said.

Rodriguez stressed the importance of fairness in relationships so that reforms in the country can advance.

“The social structure must be equitable, fair to all concerned. If it’s not, it will not work, it will fair. Unless the guy you’re relating to is a complete idiot and will tolerate the abuses you will give him,” he said.

Rodriguez said if peace is achieved, the Philippines will be among the world’s 10 richest countries. He said the compared to other countries, the Philippines is “93 percent arable”, with rich mineral resources and has a wonderful climate.

“I speak with experience. Per square meter there’s no richer country in the world than the Philippines. I mined for many years and my forefathers before me and I know what exist in our soil, I know how rich it is,” he said.

Rodriguez is the grandson of Judge Joaquin Rodriguez, who is one of the early law practitioners of Davao City. His wife, Sonja Habana is the daughter of Antonio Habana, also a lawyer and among the elite families of Davao City.

The chairman of the Guidance Management Corporation is a close friend with NDFP’s chief political consultant, Jose Maria Sison as they are schoolmates in Letran. He calls Sison, “Kuya” (big brother).

The family dropped by here on Tuesday supposedly to meet with the peace panels of the government and the NDFP upon the invitation of Sison. However, the fifth round of the formal talks which was scheduled to open on Saturday was cancelled after the Philippine government peace panel refused to participate as they found “no enabling environment” for the talks to continue. 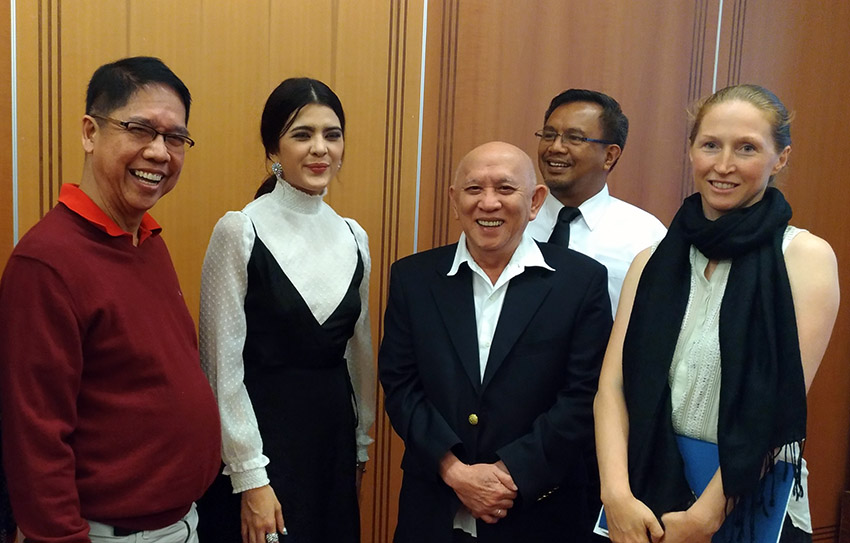 The GRP demanded the rescinding of the Communist Party of the Philippines’ order for the New People’s Army to step up its offensives in response to the Martial Law declaration in Mindanao. The NDFP recommended the reconsideration of the order to the CPP, however it said the government is insisting to pacify the NPA without any substantive agreement.

The Binibining Pilipinas title holder who represented Davao City during the pageant also expressed her support to the peace talks.

In an interview, she said “peace is possible.” She also added that the signing of a peace agreement is only the start of the “approach to peace.” (davaotoday.com)