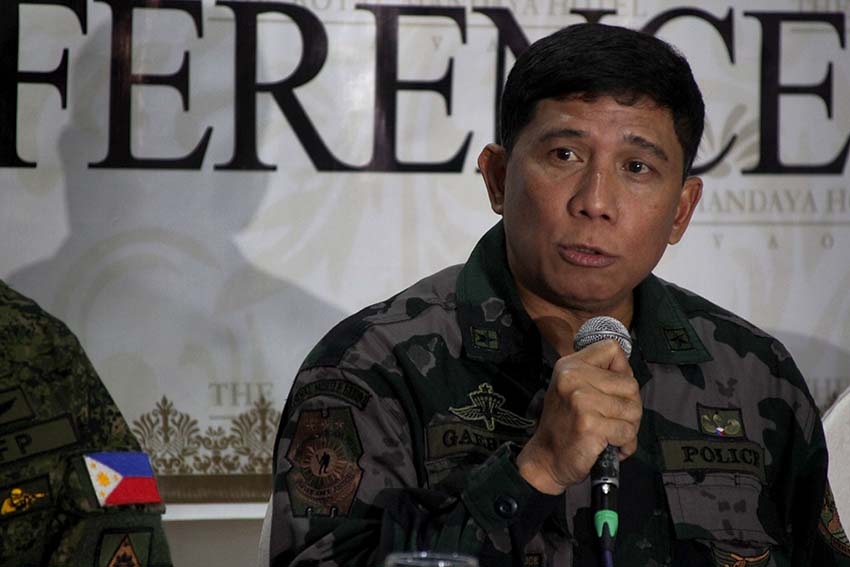 DAVAO CITY, Philippines — A police official here claims that President Rodrigo Duterte’s pronouncement of “bombing the Lumad schools” in Mindanao was merely an exaggeration, and should not be taken literally.

“I will use the Armed Forces, the Philippine Air Force. You are operating illegally and you are teaching the children to rebel against government,” Duterte said.

In a press conference on Wednesday, Gaerlan said the ​P​resident meant ​”​that the schools were to be abolished because they were operating illegally​”​.

Gaerlan supported the statement, saying the schools were not regulated by the Department of Education, but were teaching subversion against the government.

Gaerlan claimed the school was being run by communists.

However, in a previous interview, Deped Region 11 Spokesperson Jenielito Atillo clarified that the schools have indeed, secured permits.

In an interview on July 3, Atillo told Davao Today they have provided close to 60 permits for private institutions catering to Lumad learners in Region 11.

Atillo said all private institutions seeking to establish schools have to undergo a formal process before they can secure government permission.

The teachers and students of STTICLC are no stranger to the allegations.

Butanlog has since been dismissed after military investigators verified the incident, but has since been set free in absence of criminal charges that should be filed with the police.

Some of these Lumad students also joined the multi-sectoral rally that met Duterte’s SONA at the Batasan Complex.

Duterte’s statements did not sit well with the students, who now fear that the president’s statements would come into fruition. A day after the SONA, the students extolled Duterte to “lend them their ears,” instead of listening to his military advisers.

Progressive solons and the Human Rights Watch also asked Duterte to retract his statement, which they said was an “endorsement of violence and murder against indigenous peoples.” (davaotoday.com)