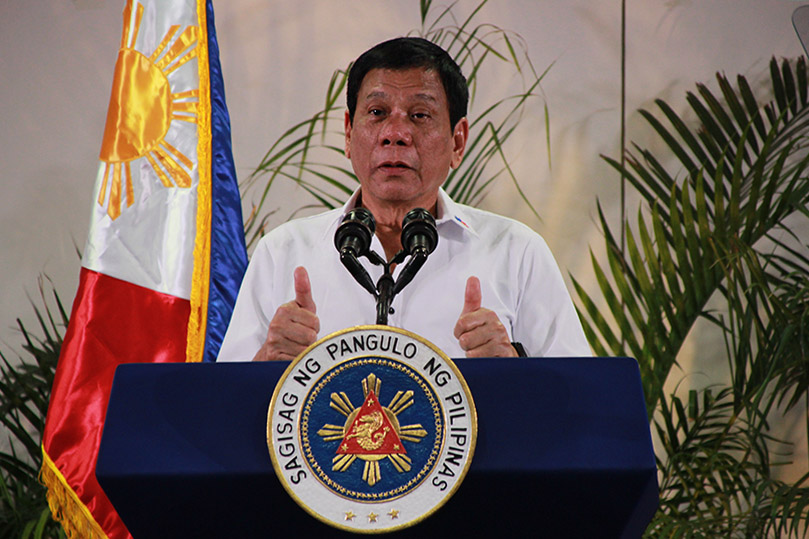 Divinagracia, president of the flower vendors’ association, said she hopes Duterte would live longer to brave the problems in the country. This is Duterte’s first birthday as the President of the Philippines. He was the city mayor of Davao for over 22 years.

Divinagracia said Duterte was instrumental in providing them a space for their business when he was still mayor.

“We would usually be demolished or transferred to other places, before we get demolished again. But Mayor Digong gave us this space so we can continue with our small business,” he added.

“He was really the one who put us here,” she said.

Divinagracia told Davao Today that she has been selling flowers since she was 21 years old. She is now 55 years old.

Her business helped her send her three children to finish schooling, earning a net of P500 a day. The earning is better during peak season where they can earn more than P1,000 a day.

“The Philippines has a lot of problems. However good the President is, there are criticisms,” Dayanghirang said.

“We are praying for him to have more patience,” he added.

Paolo Duterte thanked his father for “sacrificing his life” for the country.

Militant leader Sheena Duazo, secretary general of Bagong Alyansang Makabayan said they hope Duterte will support the people’s clamor for social justice. She assured Duterte that they, too, will continue with their campaign for genuine change on the people’s lives as their contribution to the society.

“We hope he will side with the people who are demanding land distribution to farmers, national industrialization, and social services,” Duazo said.

In a statement, De Lima called on Duterte to “stop the bullying and the bullheadedness, Mr. President.”

“You have a people to lead and a country to govern. Your pettiness, rudeness, and profanities will get you and us nowhere,” said De Lima.

On the eve of his birthday, Duterte met with foreign and local officials here for a series of meetings.

Duterte also met with Presidential Peace Adviser Jesus Dureza and GRP Chief Negotiator and Labor Secretary Silvestre Bello III, to give “clear guidance” prior to the fourth round of talks of the GRP and the National Democratic Front of the Philippines in the Netherlands on April 2 to 6.

During his interview with the media upon his arrival from his official visit to Myanmar and Thailand on March 23, Duterte said he has reached the peak of his career and does not wish for any more material things.

“I only have one wish actually. Nakuha ko na lahat. No more gifts to — except maybe a prayer to God for my country. I have reached the apex of my career, material things which I cannot and will no longer be of use to me,” he said.

“So my wish really, my prayer to God is that bigyan niya ako ng konting lakas na lang to do our — overwork time because it is needed. Twenty-four hours is not really enough for the presidency, unless you want to sleep more than just about four hours,” he said. (davaotoday.com)