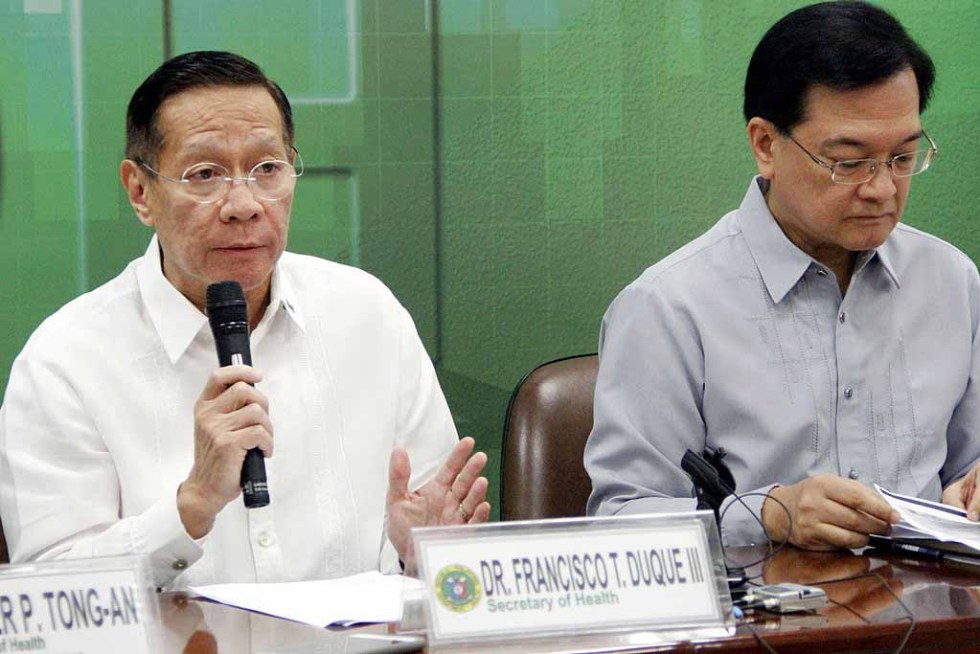 DAVAO CITY, Philippines – Various groups and netizens expressed their disappointment and outrage online, highlighted the calls #NotoVIPTesting and #MassTestingNowPH over the social media, after reports that at least two dozen government officials and their families availed of the coronavirus disease (COVID-19) test despite being asymptomatic.

With the limited number of testing kits, the Coalition for People’s Right to Health (CPRH) said the DOH should be consistent with its own rules and guidelines.

“No exemptions for those with privilege yet without symptoms,” the health group added.

Senator Francis Tolentino recently posted on his Twitter account a photo of him being tested at his home. He immediately deleted it after receiving a backlash.

Cavite Governor Jonvic Remulla had himself tested despite being asymptomatic. He later issued a public apology for having skipped “a protocol and triage algorithm” and promised “never to take advantage” of his position again.

Kabataan Party-list said the use of one’s position in government to avail of the test is a clear violation of its duty to serve the people.

“Testing should be a priority to frontliners and health workers, Persons Under Investigation (PUIs), and the vulnerable sectors,” the youth group said.

It added that aside from “social distancing” and community quarantine, there should be an efficient national testing program to effectively control and to prevent the spread of the virus.

Meanwhile, the DOH claimed on Monday there is no VIP treatment in the test for COVID-19.

“The tests were conducted before the enhanced community quarantine and amendment of the department’s testing protocols on March 16,” said Health Undersecretary Maria Rosario Vergerie, adding that the said officials have been exposed to COVID-19 positive person.

The clarification came after the DOH was heavily criticized after several asymptomatic politicians and their families got tested amidst the number of PUIs or those who have symptoms of the virus.

The Health official reiterated the guidelines for testing which prioritizes PUIs who are elderly patients with mild symptoms but suffering from ailments that weaken the immune system, high-risk pregnant women, and PUIs admitted in severe and critical condition.

Vergerie assured the public that all specimens are processed on a first-come, first-served basis.

“We are hopeful that with the arrival of 100,000 testing kits and accreditation of laboratories, more cases will be detected and managed,” she said. (davaotoday.com)