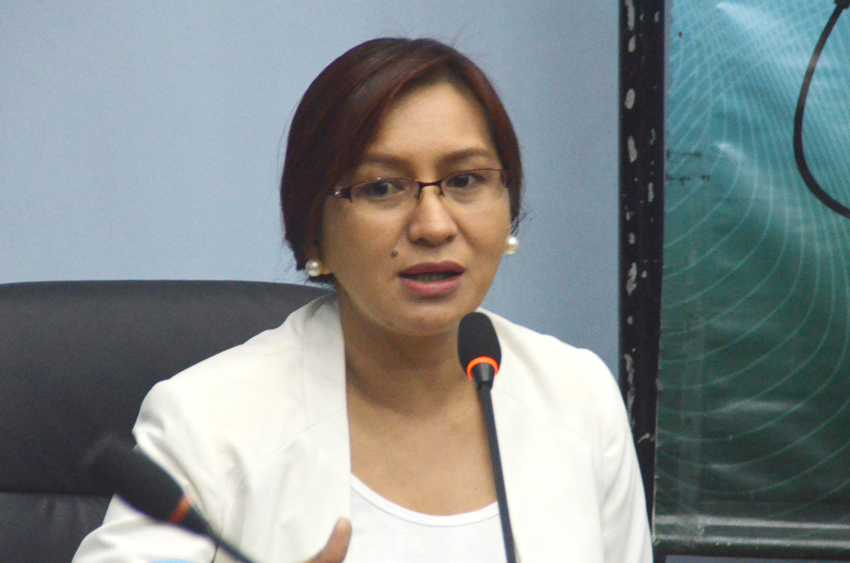 DAVAO CITY, Philippines — The Davao City Advisory Committee for Peace and Development (DC-PEACE DEV) announced it will start its programs and projects in Paquibato District this May 9.

Lapina said one of the programs and projects for Paquibato is the Peace 911, details of which she did not divulge during a recent press conference.

“Paquibato is doing well right now. It is the right time to boost peace and development efforts in the area,” she added.

The local government’s peace-building program was a product of three clustered series of consultations called PANAG-AMBIT which started in December 2017.

The consultations were attended by five sectoral representatives from 14 barangays from Paquibato district and Barangay Domingga in Calinan district. The representatives included the barangay captain, farmers, youth, women, and indigenous people.

Peasant and human rights groups, however, scored the peace building program saying this will only complement the governments counter-insurgency program Oplan Kapayapaan that has resulted in rights abuses.

According to a resident of Paquibato who asked not to be named, they have not received updates since the PANAG-AMBIT was conducted.

“It seems to have no positive effect because the military is forcing us to tell them of our involvement in organizations,” he said.

“PANAG-AMBIT made the people happy,” said Malabog Barangay Captain and DC-PEACE DEV member Jesse Arreja, because they now have a venue in airing their sentiments.

He added that the committee facilitated the relationship between the civilians and the military.

“It was able to ease out the fear of the people towards the military. Since the Martial Law declaration of Marcos, the people had a traumatic experience with the military,” said Arreja.

DC-PEACE DEV members of the committee also welcomed the reported resumption of peace talks between the National Democratic Front of the Philippines (NDFP) and the Philippine government.

“Before our function was to negotiate with the NPA. But when the President declared them as terrorists, we now go to the communities where they are considered active,” Atty. Lapina said.

Arreja pointed out that the need for peace talks came out during the community consultations.

“The peace talks should continue; it would be good for both parties to talk,” Arreja said.

Last January, a member of the Armed Forces of the Philippines was killed while two others were wounded when NPA operatives detonated a command detonated explosive at Barangay Mapula, Paquibato District. The 16th IB’s Bravo Commanding Officer, Jarren Relota was killed in the encounter.

The DC-PEACE DEV was established following the governments proclamation declaring the Communist Party of the Philippines (CPP) and the NPA as terrorist organizations pursuant to Republic Act No. 10168, or the Terrorism Financing Prevention and Suppression Act of 2002. (With reports from Mark Joy G. Basallajes/davaotoday.com)