Heads should roll at the Davao airport — Mayor Sara 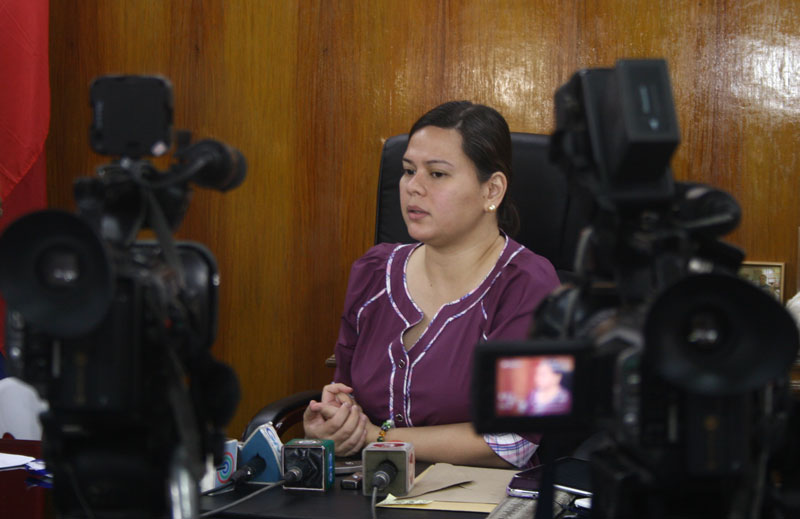 Emmanuel Jaldon, chief of Davao’s Central 911 and City Disaster Risk Reduction and Management Council, reported to Mayor Duterte on Sunday that airport personnel, especially from the Cebu Pacific and CAAP, “did not cooperate” with them.

“When 911 and DOC called CAAP office, a CAAP personnel refrain (from) giving information and even scolded 911/DOC personnel,” Jaldon said through an incident report.

The said personnel allegedly said they don’t need help “because everything was okay.”

Later on, however, Central 911 received a call from a certain Cebu Pacific personnel who requested for an ambulance.

“We dispatched our ambulance and found out that Cebu Pacific kept the passengers on a secluded area in the airport where they were treated by their own doctor,” Jaldon reported.

There were about 20 patients reportedly treated of hypertension due to shock.

Jaldon lamented that no one coordinated with his office, noting that no information was given when they called and even when they arrived on the scene.

“It seems CAAP and the airline do not follow basic protocols for emergencies involving aircraft.  They were also withholding information,” Jaldon said.

He also believed that the FBIA does not have emergency plan and protocols in place and that they don’t conduct regular emergency drills with all agencies concerned.

With this, Mayor Duterte said her office is going to submit a complaint “to put on record (the FBIA’s) non-existent emergency plan.”

She added she already called for a meeting with the airport authorities.

The Jesuit priest has recommended a boycott for the airline after endangering the lives of its passengers (see related story).