Heightened alert up in Davao for Asean Summit, Ms U 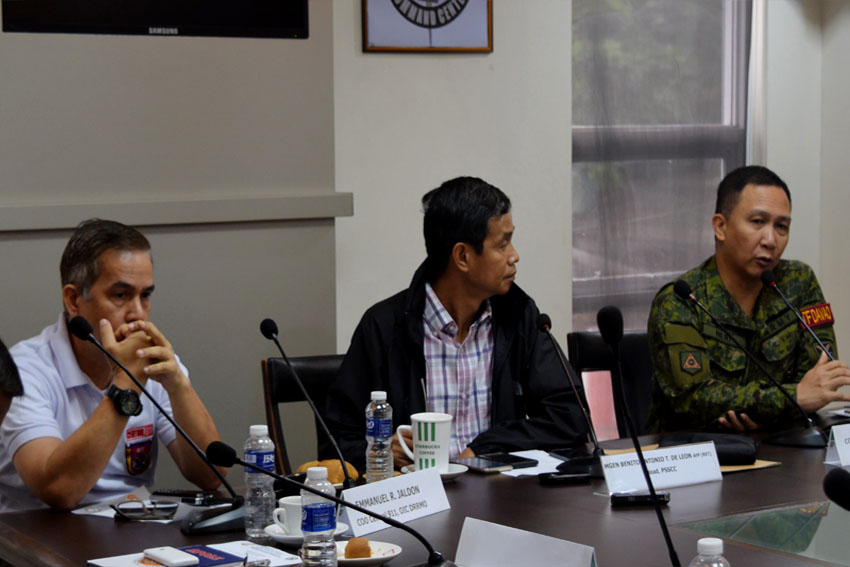 Authorities in Davao City preps up for the security measures in time for the upcoming Asean Summit in Davao City this January. (CIO)

De Leon said they are preparing the plans which they will submit to the Department of Foreign Affairs.

De Leon stressed that part of the tighter security measures is the deployment of additional troops.

The Davao City Police Office has already announced its deployment of at least 1,400 personnel to secure the areas to be used by the Asean Summit and the Ms. Universe event.

De Leon said although there will be no lock down, a heightened alert level will be adopted during the holding of activities related to the two major events.

“We have improved our security measure for the series of big events, we will add layers of patrols and additional troops for the event,” he said.

De Leon said the security measures “improved a lot since the Joint Task force Haribon will cover the air space and the coastlines of the city.”

All security efforts will be coordinated through a centralized security monitoring system, he added.

De Leon said after the Roxas Night Market explosion on September 2, the city has improved a lot in combatting terrorism.

“Our assessment is that we have improved a lot. We are now more prepared to combat terrorism to ensure the safety of our citizens and the tourists as well. Through this, we are hoping that they will lift their travel advisory and tell their people that they are now safe to visit Davao,” De Leon said. (davaotoday.com)