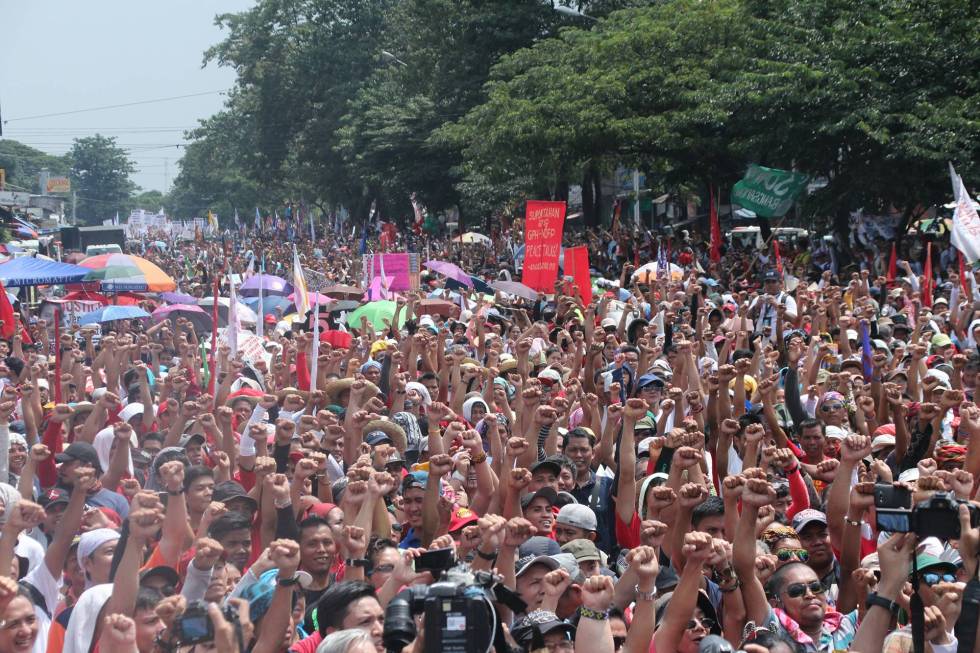 Thousands marched along Commonwealth Avenue in Quezon City for the ‘People’s State of the Nation Address’ during the first SONA of President Rodrigo Duterte on Monday, July 25. The march ended in the Batasan road where the rallyists held their program some 300 meters away from the Batasan Complex . (Earl O. Condeza/davaotoday.com)

BATASAN HILLS, Quezon City — This is the first time that the rally of progressive groups had no violent engagement with police authorities, with rallyists holding their own version of the State of the Nation Address only a few hundred meters away from Batasan Complex Monday, July 25.

Bagong Alyansang Makabayan (Bayan) spokesperson Renato Reyes, Jr., said that it was the first time for the SONA protest to be held near Batasan.

“In the past years, we were blocked [by the police], but now the basis of the tension is gone, there is no need to be (aggressive),” Reyes said.

Instead of marching with effigies, rallyists brought giant murals with them depicting the people’s agenda to the Duterte administration.

The march started 10:00 in the morning along Commonwealth Avenue, Barangay Matandang here with activists from Mindanao, Bicol, Negros, Southern Tagalog, Central and Northern Luzon, and the National Capital Region.

Reyes said during the past SONAs, police forces would start blocking them from Commonwealth Avenue.

He said that their previous protests during SONA was far from the Batasan Complex, “around three kilometers away” beyond a mall along Commonwealth Avenue.

Police officers served as traffic enforcers with only a few barricades, unlike previous protests held during the past Presidents’ SONA.

“That shows that the President is willing to listen,” he said. 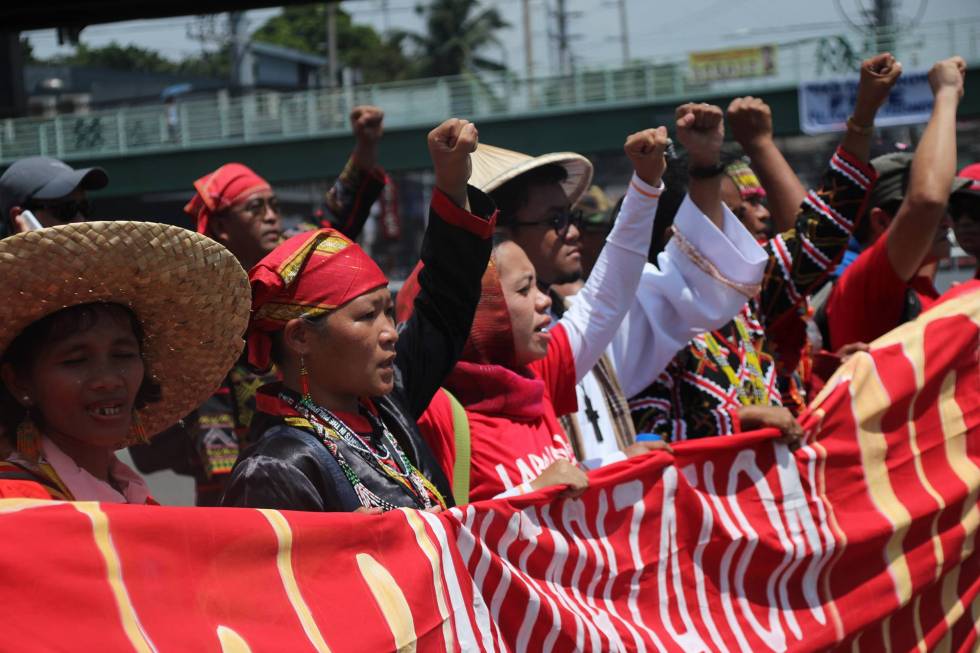 NO MORE TENSION. With only a few barricades, there was generally no tension between rallyists and police forces during President Rodrigo Duterte’s first State of the Nation Address in Manila on Monday, July 25. (Earl O. Condeza/davaotoday.com) 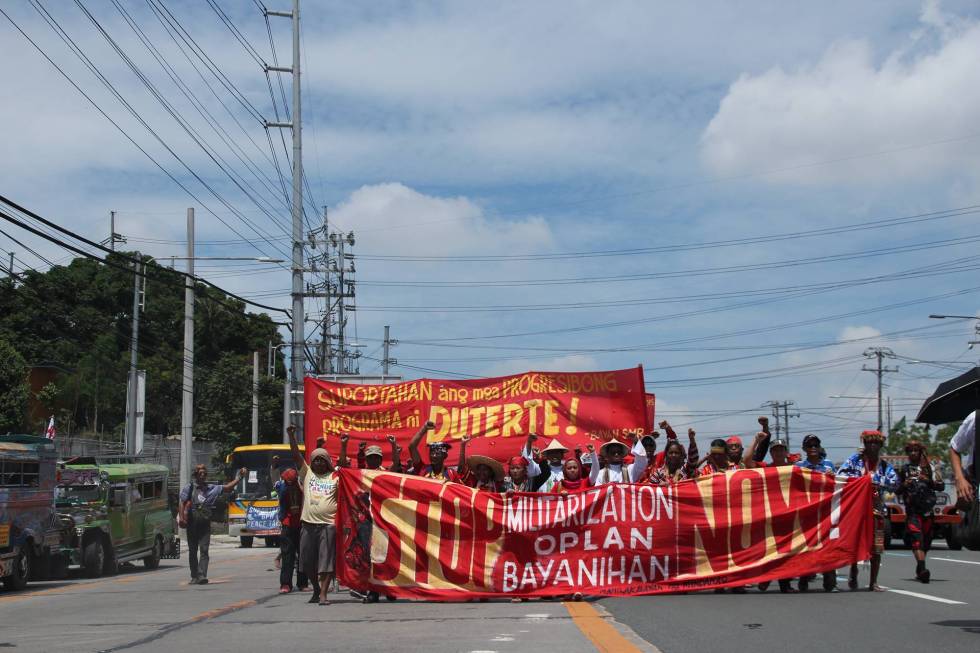 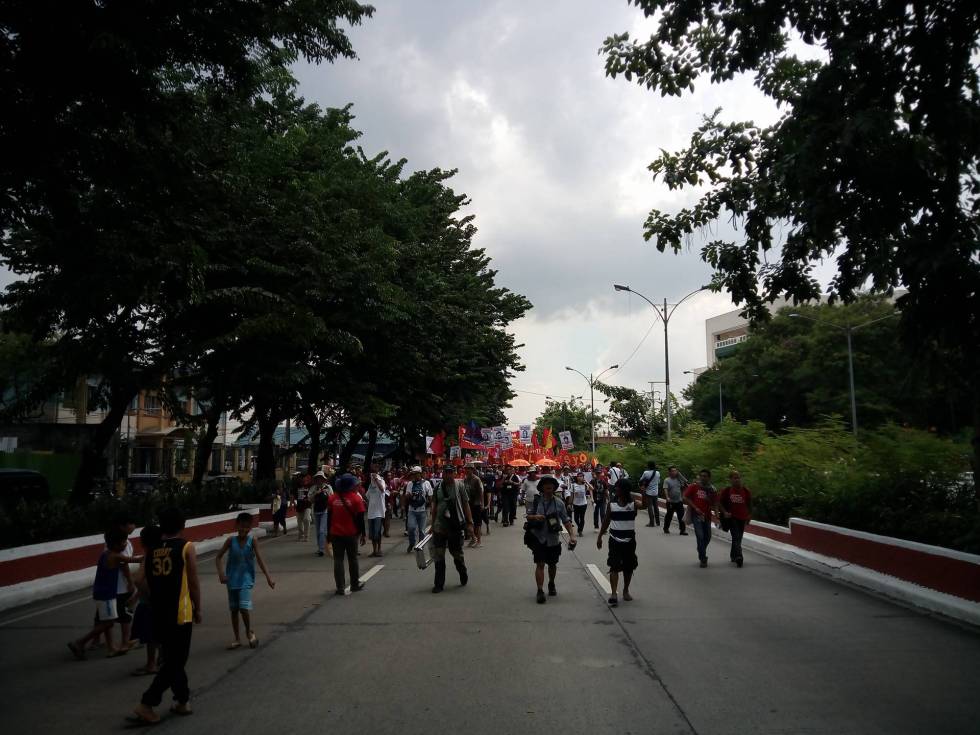 On June 30, after President Rodrigo Duterte’s inauguration ceremony, he spoke to members of the progressive groups. He also told Reyes that there will be no problem if they conduct their rally near the Batasan.

The marchers watched Duterte’s SONA live on a large screen set up with a small television and speakers loud enough to be heard by thousands of people.

Reyes said this year’s rally is “positive and historical” with a big number of contingents coming from Mindanao, Bicol and north central Luzon.(davaotoday.com)