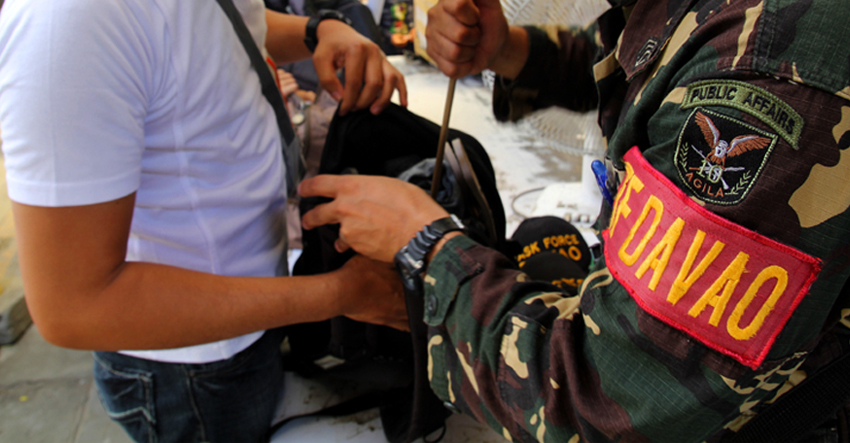 DAVAO CITY, Philippines — Expect a stronger presence of security forces with the extended Martial ​L​aw in Mindanao as the police and military vowed to show their strength even during the observance of the Filipino’s traditional Simbang Gabi.

Gaspan said all churchgoers will have to submit themselves for inspections.

​At the communities, the DCPO will also intensify the conduct of the “Oplan Bulabog” to monitor the activities in the community.

The operation plan involves the identity checking ​of bystanders and residents in a target community.

Police was able to do it when Martial Law was first declared​ in May this year, Gaspan said

On Thursday alone, the DCPO has checked the identities of 1,889 residents as reported by its 10 police stations.

​In an Oplan Bulabog today, December 14, some ​251 residents were checked to have no identification cards and 18 wanted persons were arrested.

Overall, the military said they are keen to put up more checkpoints to prevent the spillover of violence.

“This is a tool to prevent the spillover of terrorism in our area. We look at it as allow​ing​ us to accomplish the target we set considering ​the additional troops to accomplish our objectives and goals,” he said.

The 10th Infantry Division​ that secures most of the Davao Region,​ now has 13 army battalions​, including the newest, the 15th Infantry Battalion, which will be deployed in Arakan, North Cotabato.

​​Major Ezra Balagtey​, spokesperson of the ​Armed Forces’ Eastern Mindanao Command, said the military is confident that additional troops are enough to run after the armed fighters of the NPA, the armed wing of the Communist Party of the Philippines.

However, he said the military is advocating for the “whole of the nation” approach since the government also has to prevent the recruitment of more NPA members.

But human rights organizations fear that the extension of martial law is geared towards suppressing dissent.

He said the counterinsurgency operation under the term of President Rodrigo Duterte is similar to that of the past administrations.

He said based on their documentations, rights violations are most present in areas where there are mining companies and where there are presence of military occupations.

“The government is really desperate to end democratic rights assertion because it cannot solve the problem of the people on jobs, land, and social services,” he said.

Meanwhile, Mindanao lawmaker Carlos Zarate of Bayan Muna Partylist said the extension of Martial Law will only result to to arrest, killing, torture of critics.

In his explanation of his “No vote” on Wednesday, Zarate called martial law “the number one recruiter of NPAs.”

He said martial law will not address the problem of armed conflict, landlessness, discrimination against Moro and the indigenous people, and lack of jobs.

Zarate also called on the government to return to the negotiating table with the communists to address the problems of armed resistance.(davaotoday.com)