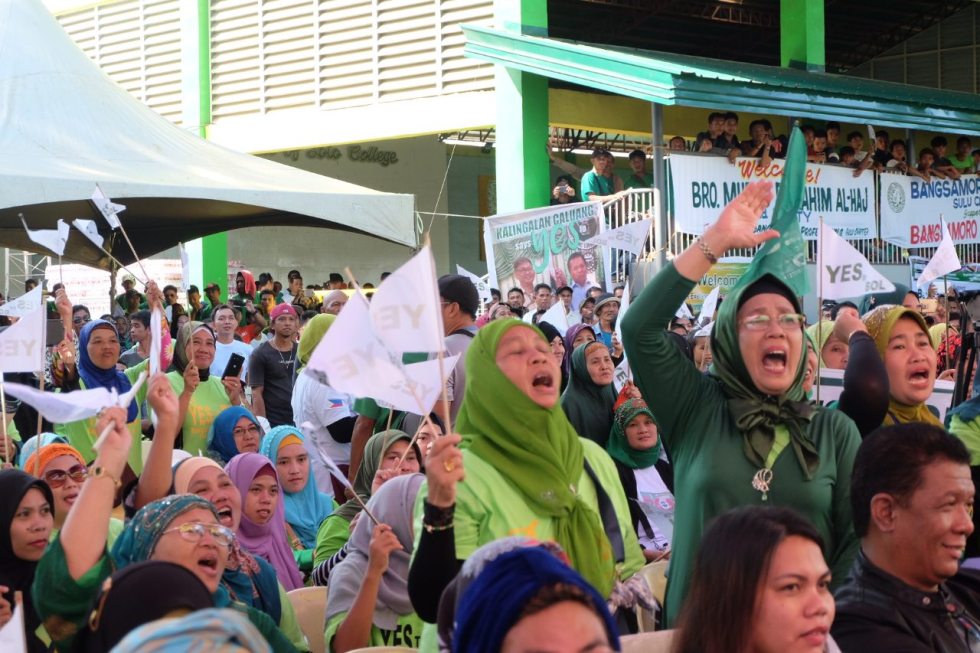 The Palace declared January 21, 2019 as a special non-working holiday in the Autonomous Region in Muslim Mindanao, Isabela City in Basilan, and Cotabato City for the first plebiscite to ratify the proposed Bangsamoro Organic Law (BOL). In this photo taken on January 5, thousands joined the campaign rally in Jolo, Sulu to support for the ratification of the BOL. (Photo courtesy of the Office of the Presidential Adviser on the Peace Process)

DAVAO CITY, Philippines — President Rodrigo Duterte declared Jan.21 as a special non-working holiday in the Autonomous Region in Muslim Mindanao, Isabela City in Basilan, and Cotabato City to give way for the coming first plebiscite to ratify the proposed Bangsamoro Organic Law (BOL).

Dated January 10, Executive Secretary Salvador Medialdea, by authority of President Rodrigo Duterte, signed Proclamation No. 646 to formalize the holiday in these areas for the plebiscite to be conducted by the Commission of Elections (Comelec) for the ratification of Republic Act 11054, otherwise known as the “Organic Law for the Bangsamoro Autonomous Region in Muslim Mindanao.

According to the proclamation, it aims to give the people of ARMM, Isabela, and Cotabato City the opportunity to participate and exercise their right to vote.

“It was discussed. It will push through as scheduled. President will go there tomorrow and make a pitch for the ratification,” Panelo said.

President Duterte is scheduled to attend a peace assembly in Cotabato City on Friday in support of the BOL.

Panelo earlier said that the President’s sentiment is a powerful influence to gather public support for the BOL.

The plebiscite was also scheduled in February 6 for the province of Lanao del Norte, except Iligan City; the municipalities of Aleosan, Carmen, Kabacan, Midsayap, Pikit, and Pigkawayan in the province of North Cotabato; and all other areas contiguous to any of the Bangsamoro core areas.

In July last year, President Duterte signed the landmark BOL into law, which creates the Bangsamoro Autonomous Region in Muslim Mindanao (BARMM) replacing the ARMM, and hoping to end the decades of conflict in Mindanao. (davaotoday.com)