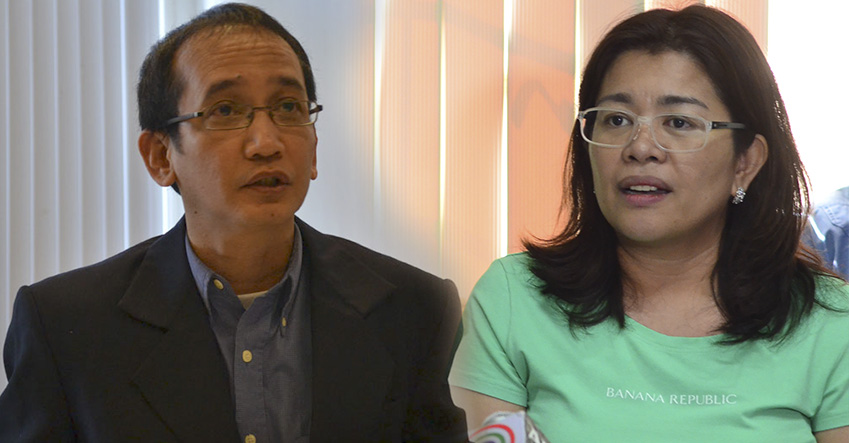 TAGUM CITY — A group of human rights lawyers blasted North Cotabato governor Emmylou Taliño-Mendoza for being an “aristocratic mata pobre” after the bloody and brutal dispersal of protesting farmers in drought-stricken Kidapawan City.

“(She) exhibits unparalleled remorselessness, arrogance, and self-righteousness. By saying that the issue ‘is not about rice,’ she betrays herself as an aristocratic mata pobre,” Edre Olalia, secretary-general of the National Union of Peoples’ Lawyers (NUPL), said in a statement on Monday, April 4.

NUPL has branded the bloody Kidapawan incident as a “plain cold-blooded-unmitigated  murder, which, by any decent standard, is a disproportionate response of a powerful bully over the powerless.”

The farmers, who came from drought-stricken areas in North Cotabato province, staged a barricade protest on March 31 to demand rice subsidy from the provincial government in the wake of a long dry spell.

On April 2, backed by a search warrant, police authorities reportedly barged at the United Methodist Church compound where thousands of protesting farmers have sought refuge.

The arrest turned into a bloody dispersal. Two farmers died, while the others injured, according to a Facebook post by Kilab Multimedia. Protesting farmers claim that anti-dispersal units have fired the first shot.

“We will throw the book against these unrepentant aristocrats and fascists,” said Olalia, adding that the search warrant used to execute the dispersal “appears dubious, irregular and a fishing expedition.”

“Such shotgun or general warrant is, therefore, not only illegal and invalid but is a continuing violation of human rights under the law, the Constitution & international conventions,” he stressed. (davaotoday.com)