LOOK: Who among these aspirants will be the next IP representative? 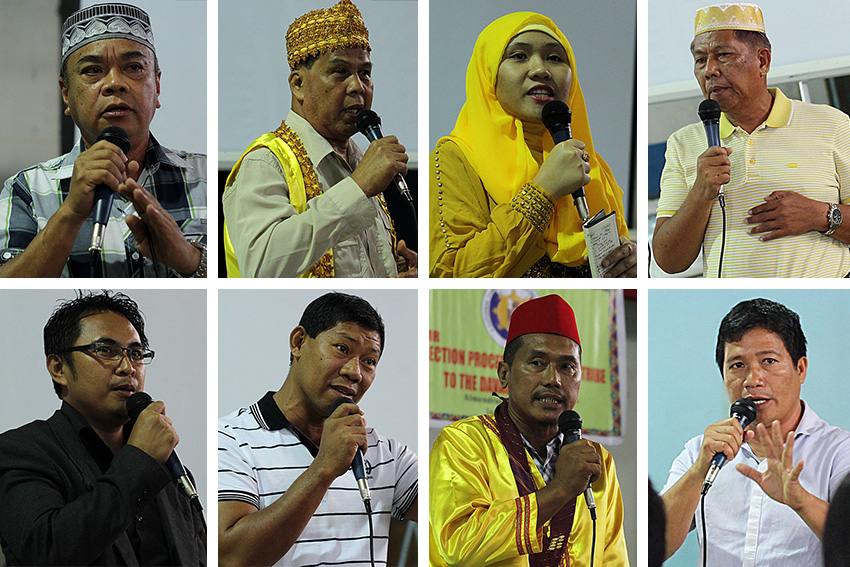 Davao City – After two postponements, the Kagan tribe is set to choose the next IP (indigenous people) representative Wednesday at the Davao City Recreation Center.

Last January 7, the selection process was postponed following the walkout of tribal council leaders who could not agree on the selection process. Five of the aspirants: Balo, Mohammad, Pandadagan, Cabaguio, and Bustamante withdrew their candidacy for Apadan but later decided to have their names included again on the candidate’s list after the commotion.

The second schedule was then moved to January 12 at the Sangguniang Panlungsod rooftop but was later postponed due to the venue’s limitation of space.

IPRA’s Section 16 provides that the Indigenous Cultural Communities / Indigenous Peoples (ICCs/IPs) “have the right to participate fully, if they so choose, at all levels of decision-making in matters which may affect their rights, lives and destinies through procedures determined by them as well as to maintain and develop their own indigenous political structures.”

Ingay said that there will be around five representatives from each of the other tribes who will be attending the selection process.

“We are depending on the Kagan communities. They are not the only tribe who needs representation,” Ingay said in an interview with Davao Today.

“Hopefully they will be able to choose an IP representative through a consensus” he said.

Section 4 of Ordinance No. 0448-10 otherwise known as An Ordinance Providing Mandatory Representation for Indigenous peoples in the City Council of Davao and Providing Funds Therefor, states that the city has six major indigenous peoples “needing representation in the City Council of Davao to ensure the advancement of their interests and aspirations” including Ata, Kalagan (Kagan), K’lata, Matigsalog, Tagabawa and Ubo Manubo “who will be represented on a rotation basis per term.”

According to the Department of Local and Interior Government (DILG) Memorandum Circular 2010-119 or the Local Guidelines for the Selection of the IP Representative to the Sangguniang Panlungsod of Davao City, “the ICC/IP selects its IP representative with its customary law.”

The selection process is facilitated by the NCIP who will validate and document the process.

“Upon the selection of the IP representative, the NCIP Regional Director shall issue a Certificate of Affirmation (COA) upon the recommendation of the Provincial Officer,” the memorandum said.

It further states that “the NCIP Regional Office shall submit to the DILG and to the City Government of Davao a copy of its issued COA of the selected representative.”

The selected IP representative will then take his oath of office “before any person authorized to administer oaths and shall inform the Sangguniang Panlungsod of his/her assumption”.

“They need to reach an understanding because what caused the delay last time was having eight aspirants. They could just talk and agree as to who to choose as IP rep,” Mambo-o told Davao Today.

Mambo-o said that he hopes the next IP representative will treat the tribes equally.(davaotoday.com)