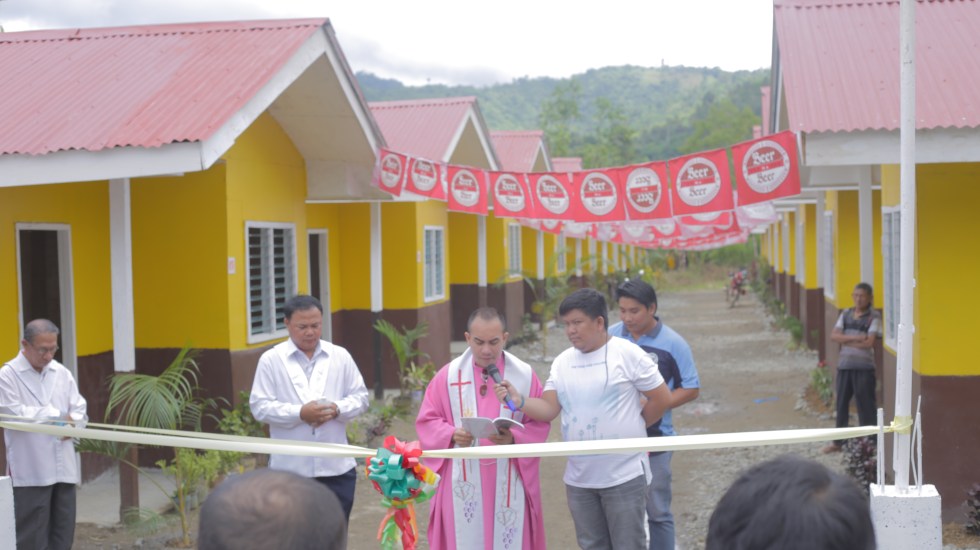 COMPOSTELA VALLEY, Philippines – Around 48 housing units were turned over in several towns in Compostela Valley recently to residents living within danger zone areas identified by the government.

In a statement, the Compostela Valley provincial government said the activity was done under the Modified Shelter Assistance Program (MSAP). A ceremony was held simultaneously in New Leyte, Pannoraon and Panibasan in Maco on August 10.

Out of the total housing units, 20 units are in New Leyte, 16 in Panoraon, and 12 in Panibasan. The beneficiaries were given symbolic keys and certificates of occupancy, recognizing them as rightful owners of the units.

MSAP is a public-private partnership of the Provincial Local Government Unit, Department of Social Welfare and Development and Uswag Gawad Kalinga.

“The beneficiaries were those victims of landslide and floods or those residing in declared danger zone areas. These people caught within these life threatening circumstances were the main reasons why these housing projects was materialized and implemented,” the statement said.