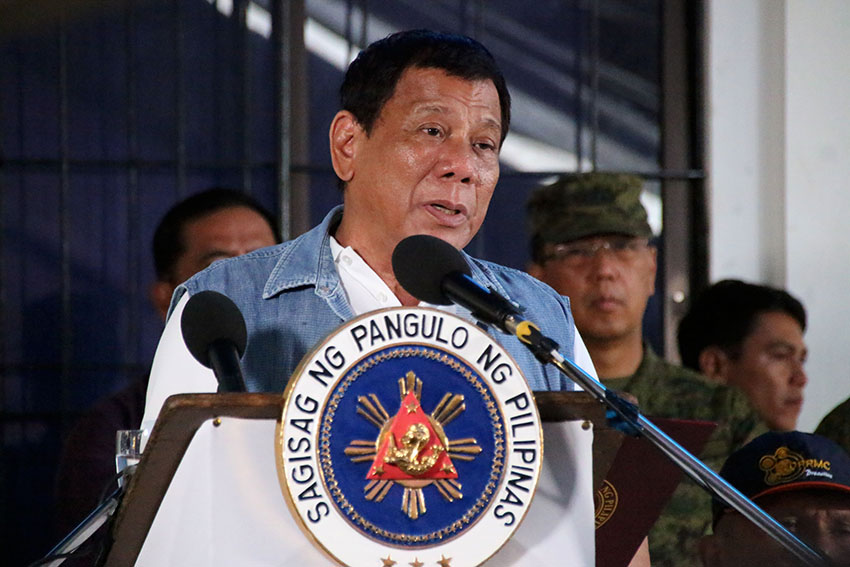 “I’d like to say something about the government’s — tawag ko dito ha (what do I call this) — effort to end the communist insurgency. Alam mo (You know) they are, totoo ‘yan (that’s true), nakapasok sila sa Congress (they infiltrated Congress). No doubt about it. They have used the party-list — eh alam mo bright kasi ‘yung gumawa noon eh(you know, those who made it happen were just bright),” Duterte said.

However, House Deputy Minority Leader and Bayan Muna Rep. Carlos Isagani Zarate said the latest spate of attacks is aimed at stopping the momentum of the snowballing campaign against Marcos Jr. that endangers his supposed lead in the surveys.

“The recent attack is a desperate election squid tactic to create a wedge in the growing numbers of the political opposition that support the Leni-Kiko tandem, as well as to prevent the eventual reelection of progressive partylists to Congress,” Zarate said.

Castro cited how the government has forced teachers to wade in debt for failing to provide the budget for the resumption of in-person classes.

Rep. Arlene Brosas of Gabriela Women’s Partylist (GWP) said the recycled red-tagging of Duterte signaled a more intensified harassment and threats to them.

Makabayan senatorial candidate and chairperson of Kilusang Mayo Uno (KMU) Bong Labog pointed out that red-tagging has lead to the deaths of Dandy Miguel, chairperson of the Lakas ng Nagkakaisang Manggagawa ng Fuji Electric-OLALIA-KMU on March 28, 2021 and labor leader Manny Asuncion of the Workers Assistance Center in Cavite on March 07, 2021.

Anakpawis national president Ariel Casilao said this red-tagging has resulted to a series of harassments on their campaigners in the different parts of the country.

On March 25, the Makabayan bloc filed a complaint before the COMELEC against officials of NTF-ELCAC.

The group said serial red-tagger Badoy’s and the NTF-ELCAC social media accounts accused Robredo of “making a pact with the devil, the communist terrorist CPP-NPA-NDF” after Makabayan bloc endorsed Robredo as its presidential candidate.

The task force in a March 21 statement cited Kabataan, Anakpawis, Bayan Muna, Act and Gabriela as “KABAG” and classified the progressive groups as urban operatives of the CPP-NPA-NDF.

In their complaint, Makabayan said the NTF-ELCAC through its spokesperson Badoy, “deliberately, willfully, and willingly issued and released the statement — which is in the nature of a fake news — not only to campaign against the various candidates mentioned, but to intimidate the public for them to refrain or desist from participating in campaign rallies of the targeted candidates or from casting of votes in favor of these candidates.” (davaotoday.com)