Man jumps off to death in Davao City mall 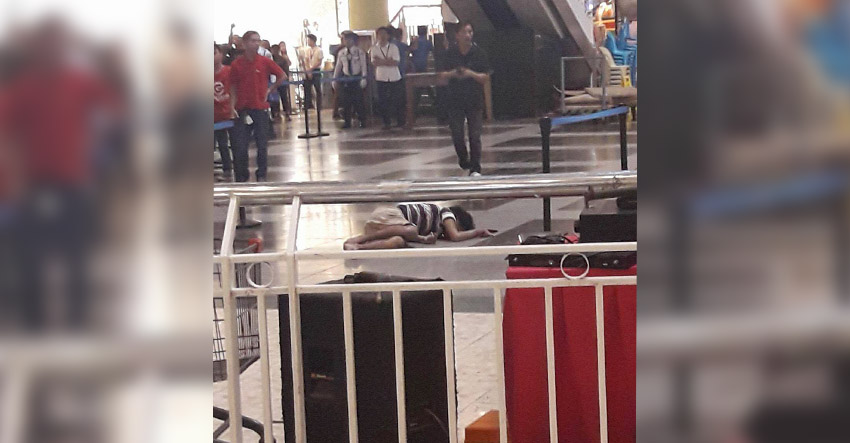 DAVAO CITY, Philippines — A man committed suicide by jumping off from 5th floor of a mall located in J.P Laurel Ave. Bajada on Saturday morning, an official said.

In a phone interview with Davao Today, Davao City Police Office Spokesperson Catherine Dela Rey identified the man as Rheyn Mark Tubato, 20, and a resident of Km. 9, in Barangay Sasa.

Tubato died on the spot as his head suffered the impact from falling. Photos of Tubato’s suicidal act were quickly shared by Facebook users, minutes after the mall has opened.

Dela Rey said that investigators found no indications of a foul play and viewed the case as plainly suicide.

According to Sta. Ana Police Office, five individuals have already committed the same suicidal act in the said mall.

The mall’s management has yet to issue an official statement about the incident.

It can be recalled that back in 2015, a 15-year old female also attempted to commit suicide by jumping off from the mall’s 4th floor. The girl identified as “Joy” was hospitalized due to a fractured left arm. (davaotoday.com)