Manobo woman chieftain Bai Bibyaon Ligkayan Bigkay, defender of Mindanao Lumad schools and Pantaron Range, is firm that she is not coming home despite reports that there is a ‘rescue operation’ organized by the Talaingod local government with the Armed Forces of the Philippines (AFP), her group says.

Bai Bibyaon, the only known living woman warrior and chieftain of the Manobo tribe in Davao Region, has been staying in Metro Manila with Lumad students who seek protection after their schools and communities were overran by the paramilitary and soldiers.

In a video interview facilitated by Save Our Schools Network Thursday, Bai Bibyaon spoke in her Manobo language that “she is healthy and completely vaccinated” contrary to what was reported to her relatives.

The Save our Schools (SOS) Network posted an alert on their Facebook page last Wednesday that they have received information that the 56th Infantry Battalion is forcing the relatives of Bai Bibyaon to sign a document to “rescue” her in the sanctuary in Metro Manila.

(Please tell my relatives and those who went to the mayor (Libayao), those thing they said about me is not true. While it’s true I had fallen ill before due to old age, but I have submitted to medical check-up and I am well.) 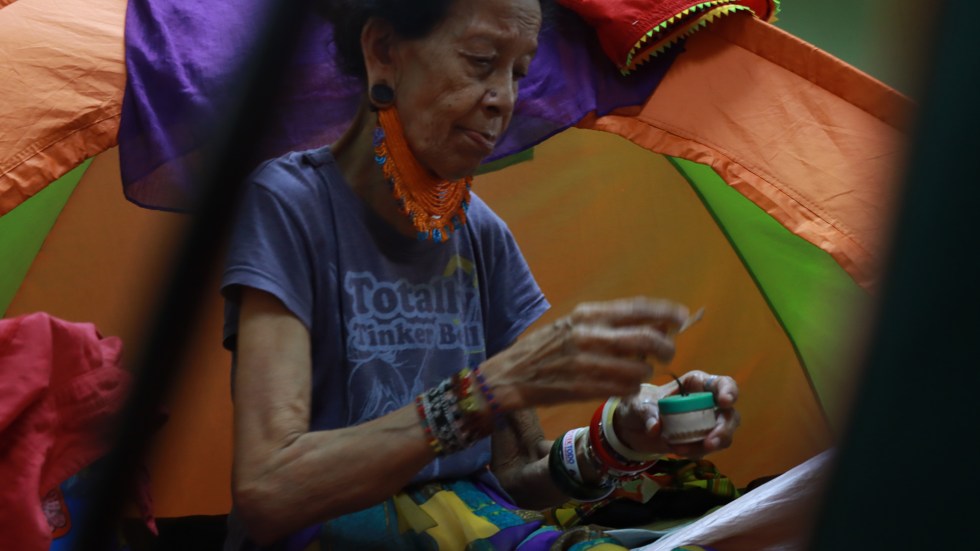 Bai Bibyaon believes that the attempt to rescue her is part of the effort of the government to silence her as she continues to lead her people in fighting for their rights and defend their ancestral land.

This was also confirmed by Datu Tungig Mansumy‒at, spokesperson of the Talaingod group Salugpongan Ta Tanu Igkanugon, in a phone interview.

He said one of Bai Bibyaon’s nephews contacted him after they were called to a meeting in the municipal hall of Talaingod to talk about the rescue operation.

(It became an issue in Talaingod that Bibyaon was sick as the military claimed. The military brought Bibyaon’s relatives, nephews and nieces to the municipal office. They were made to sign documents that says Bibyaon will be taken from Manila.)

Mansumuy‒at said seven of Bai Bibyaon’s relatives were supposed to go to Manila on Thursday but decided instead to go back to their community in Natulinan.

Rius Valle, spokesperson of SOS Network. in a statement said that the “persistent effort” of the Duterte administration to red-tag and force students and parents to speak against Lumad schools, aims to suppress the resistance of the indigenous people “to further its agenda of retaining itself from power and escape accountability.”

“From the closure of schools, forced and fake surrenders, attacks on lumad sanctuary, massacres, and even the attempt to force Manobo woman warrior, Bai Bibyaon to go home in a province with one of most concentrated military presence and rampant human rights violation all over Mindanao, are all part of Duterte’s grand scheme of amassing wealth even at the expense of our natural resources,” Valle said in a statement sent to Davao Today.

Bai Bibyaon said she is firm in her decision to stay in Manila amid the pandemic, and will do her best to advocate for the defense of their ancestral domain in Pantaron Range that is continually under threat. 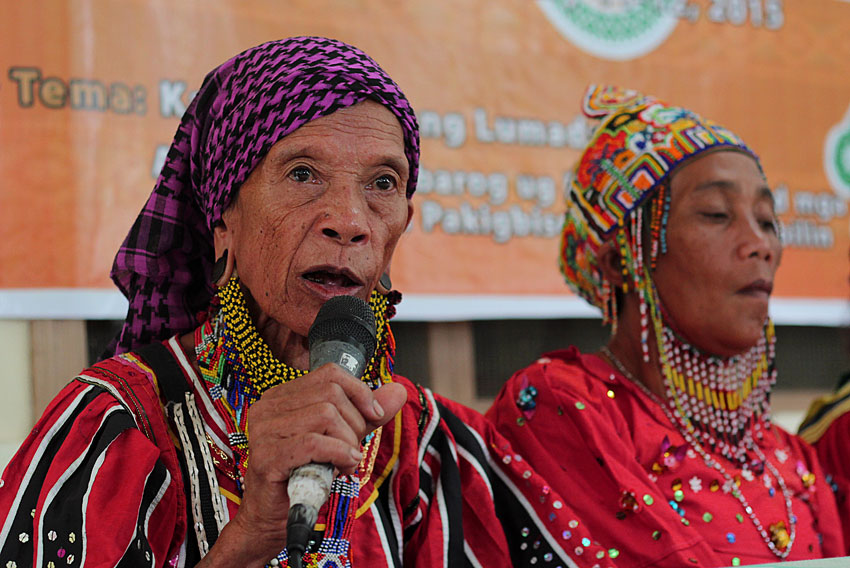 (To all who are supporting us, do not worry about me, don’t be concerned because we will not join their appeal. We will stand for our rights. We know you will not abandon us in our struggle.)

The chairman emeritus of Sabokahan Unity of Lumad Women said that for years the Duterte administration did not listen to the plight of the Manobo tribe of Pantaron, and instead attacked the Lumad who speak about their rights and their ancestral land.

(The military should not attack the indigenous tribes who stand up for our rights. To Duterte, you need to stand for those who voted for you be president.)

Bai Bibyaon has defended the Pantaron Range, including the expansion of the logging operations of Alcantara and Sons (Alsons) in 1994 along with Datu Guibang Apoga of Talaingod, and has joined the other chieftains of the Salugpungan Ta’ Tanu Igkanugon to defend the ancestral land and Lumad schools.

The 12,600 square kilometer Pantaron Mountain Range lies across the provinces of Davao, Bukidnon and Agusan, and is said to be the largest remaining biodiversity forest in the country. Pantaron’s watershed supplies the water of major rivers in Mindanao, mainly the Mindanao River, Pulangi River, Davao River, Tagoloan River, and major tributaries of Agusan River.

Related: Why We Should Defend Pantaron