DAVAO CITY – The Manobo evacuees, the last batch of 21 families remaining in UCCP Haran, return to Talaingod  after years under the church’s sanctuary, fearing what awaits them in their communities — the same soldiers and paramilitary that have drove them away since 2014.

Datu Tungig Mansumuy-at, spokesperson of the Manobo group Salugpungan Ta Tanu Igkanugon, said they have learned from others families who headed home a few weeks earlier, that they were tagged by the military and government agencies as “surrenderees” who have “finally escaped the control of NPA (New People’s Army)”.

Mansumuy-at said those claims do not define what their next challenge is.

(Our return is not about surrendering as the military and government wants to claim.  Our return is showing we are brave to face those who want to exploit and trample our rights.  We have no choice as our situation in Haran is difficult, and we need assert again that we are stewards of Pantaron.) 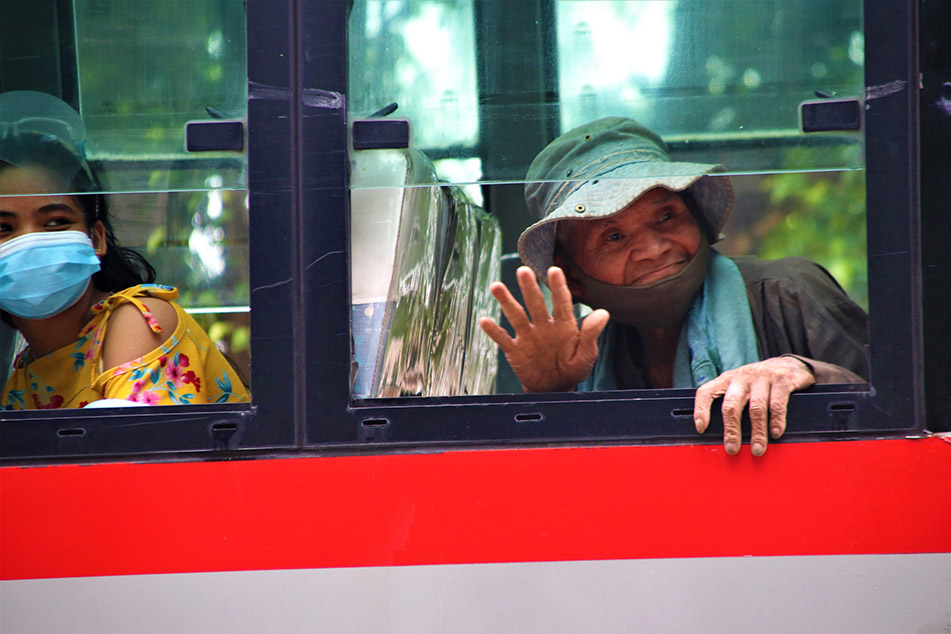 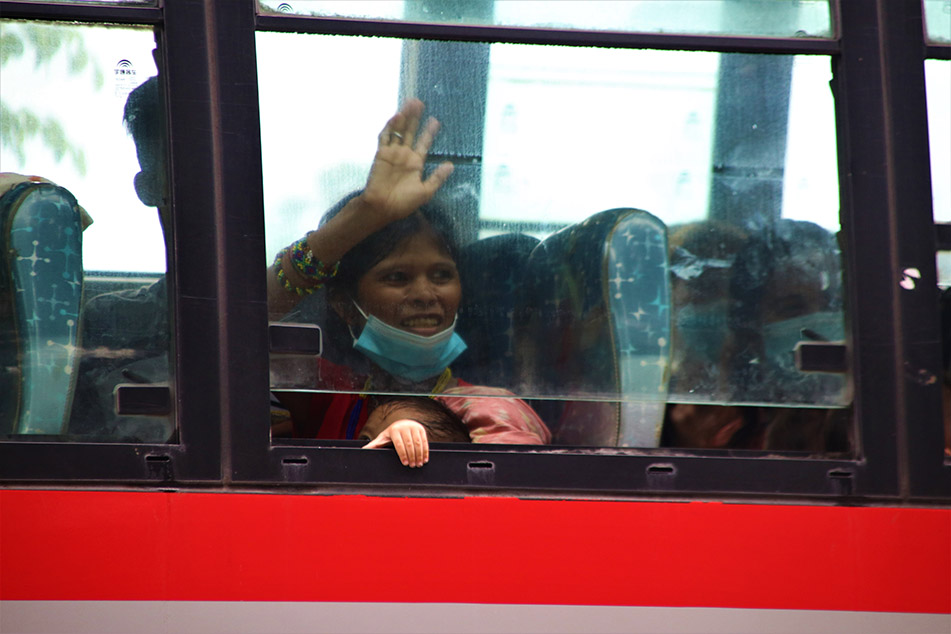 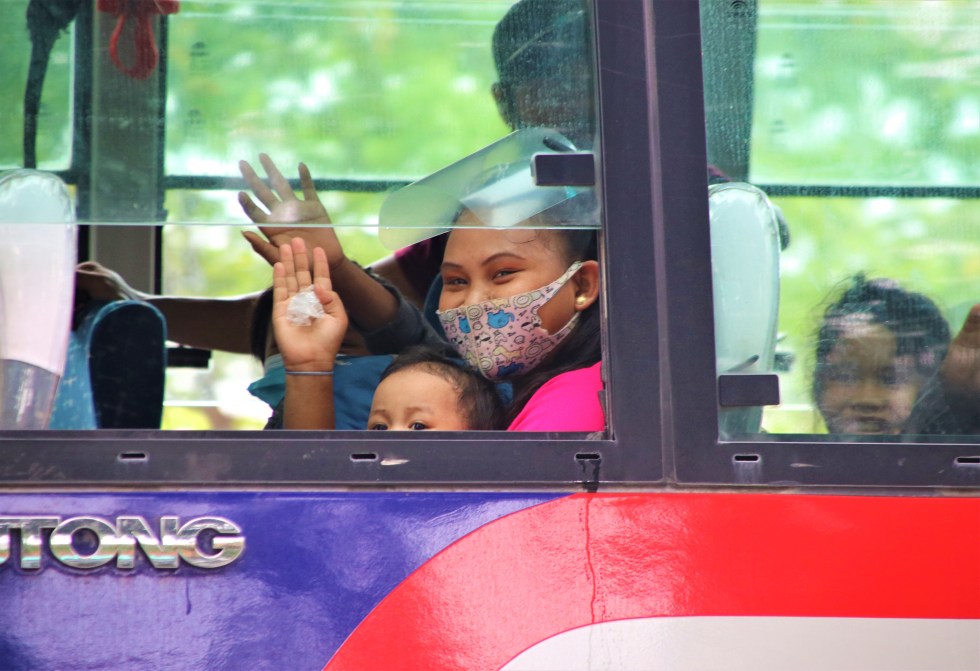 For six years, UCCP Southeastern Mindanao opened its Haran compound (Home Altar for Renewal and Nurture) as sanctuary for the Manobo as they campaigned for the pullout of the military, disbandment of paramilitary and to stop the attacks on Lumad schools.

But the 10th Infantry Division, in a press statement released hours after the Manobo families left Haran, claimed the Lumad returned home after “being deceived by the CPP-NPA-NDF of false promises … after years of being captive by Haran administrators and facilitators” with “reports of abuses while inside the compound.”

“The local government of Davao City and Talaingod, together with other government agencies including the AFP and PNP, for so long, took numerous efforts in rescuing the IPs brought by organizers of CPP-NPA-NDF and allied groups of Haran,” the military statement said.

But Salugpongan and the many groups that support them remember things differently.

(The reason why we decide to return to our communities is because even here the attacks never stopped.  From 2014 until this pandemic, we were attacked by the Alamara and the government.  Several times the Alamara and government forces attacked us, our evacuation center was set on fire, our leaders faced trumped up cases and threats).

There were two attempts of rescue in Haran in the past, in 2015 and 2020, that ended with the Manobo more scared of the “rescuers” – the police and Alamara paramilitary.

Last year at the height of the pandemic, statements circulated in papers and social media alleged that the Manobo hid a COVID-19 patient, an infant who died in Haran.  Police even dug up the infant’s grave to perform a swab test.  Swab tests on the infant’s parents turned out negative, proving the allegation was wrong.

There was also red-tagging and legal cases filed on leaders of UCCP Haran and support groups for allegedly kidnapping and detaining the Manobo, but most of these cases have been dismissed by the courts.  UCCP Haran’s bank account was put on freeze by the government’s anti-money laundering council. 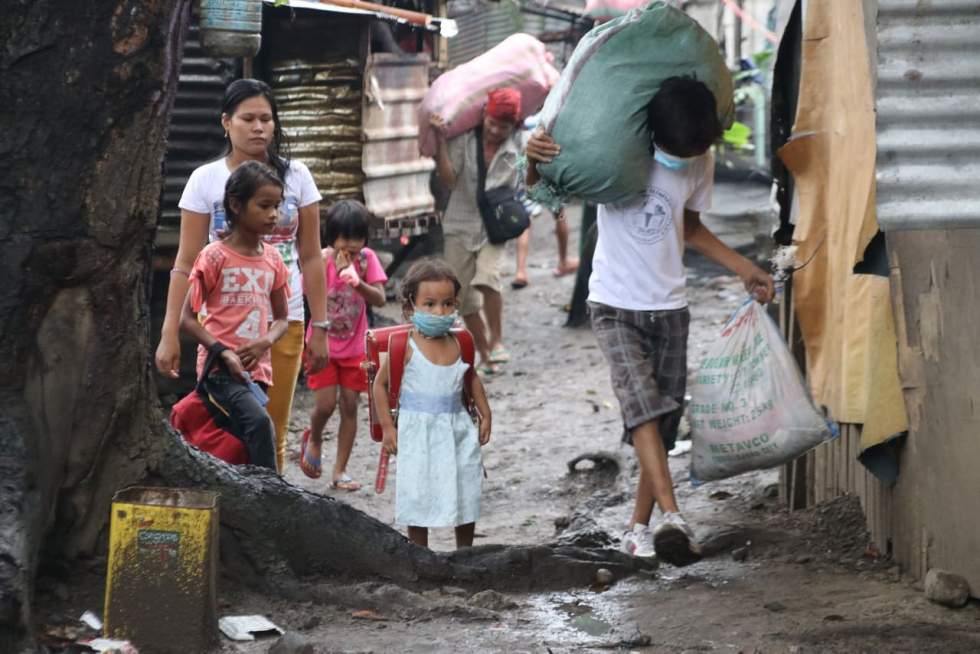 RETURN TRIP. The remaining 21 Manobo families in UCCP Haran return to their communities in Talaingod, Davao del Norte on Aug 8. It has been seven years since the Talaingod Manobo first sought refuge in Haran in Davao City as they appealed to government to stop militarization and attacks on schools in their community. With all Talaingod evacuees home, their leaders vow to continue their struggle.

No turning back
With this situation, returning to Talaingod was the best way for the Salugpongan to continue with their struggle.   Some families have slowly left Haran since December to tend to their farms and houses that they had left behind.

(There is no turning back for the Lumad who are being persecuted more relentlessly by this leader who want to exterminate us – except to move onward to defend our rights in the land where we grew up, our ancestral land, our land that our elders defended.)

Unlike the past two moments (in 2014 and 2016) when their return was supported by local government, this time government agencies have labeled them as influenced by communists.

Mansumuy-at believes military forces who have concentrated in their ancestral land will continue the pressure and intimidation against them, as what had happened in the past.

(Many of us in our tribe, the children, elderly and women will face the same trauma we had experienced before. That is what we expect to face when we return home.)

The PASAKA Lumad Confederation in 2018 reported at least three battalions are deployed in the hinterlands of Talaingod and are the forces “involved in the recruitment of CAFGU and ALAMARA” and the conduct of the Re-engineered Special Operations Team (RSOT) and Community Operations for Peace and Development (COPD) on the selected areas while “setting up military headquarters and detachments or Patrol Base” in Talaingod.

What the Manobo people bring to them are the memories of support they received from UCCP and many support groups who helped them through the years.

“There is no certainty that awaits us in our return to our ancestral land that is being coveted, but the unity we experienced with Haran and the people who understand, who stand with us in our struggle, gives us courage to persist in standing for our rights,” their letter added.

RELATED: A timeline of the birth and attacks on Salugpongan schools 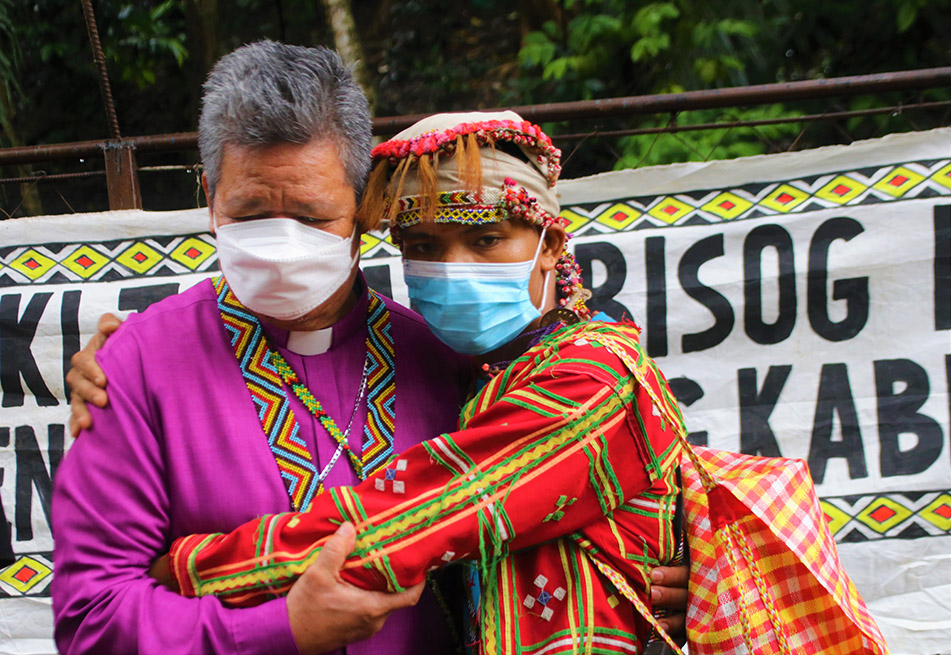 The past few days leading to their sendoff last Sunday, support groups joined the Lumad in a solidarity program in Haran.

Jenelyn Baguio, one of the Manobo leaders organized under the Sabokahan Unity of Lumad Women said a bond is forged

(Thank you for accompanying us in the rallies, in our travel to Manila when Manilakbayan was launched so that people can listen to our experiences, to the support to save our schools, to those who provided food, clothing, school supplies to our children and moral support that helped us to continue to stand for our rights and Pantaron). 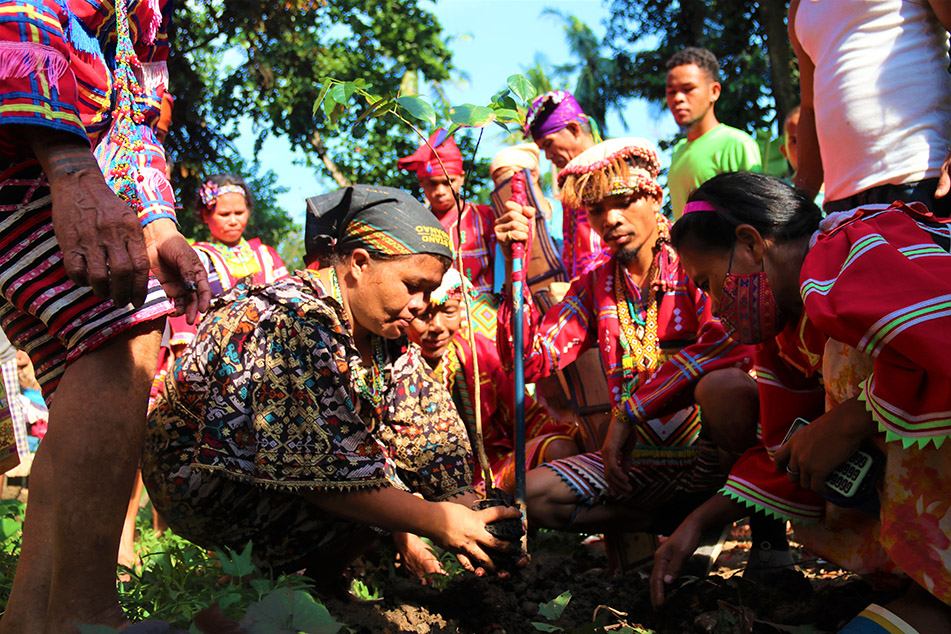 HISTORICAL. Manobo leaders planted a tree as a marker of their plight as evacuees in Haran. (Kath M. Cortez/davaotoday.com)

In one of the ‘Panubadtubad’ or Lumad ritual, the Salugpongan leaders planted a tree that they said symbolizes the gratitude of Manobos to UCCP Haran and as a marker that they have given a safe place to stay for years.  It was a similiar gesture made during the first evacuation of the Manobo in 1994 in Haran.
IN CASE YOU MISSED IT: SONA 2021: How Duterte neglects Mindanao