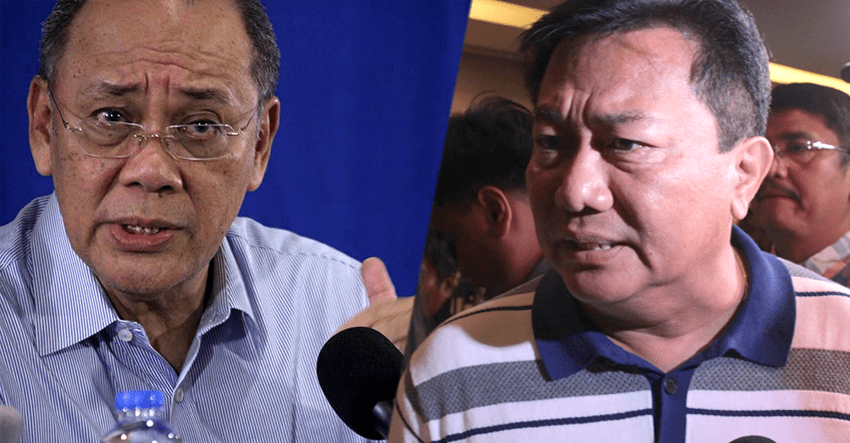 DAVAO CITY, Philippines – Malacañang distanced itself from House Speaker Pantaleon Alvarez’ views to extend the ongoing military rule in Mindanao after he reportedly said he would seek legislative support from his colleagues in Congress.

“Speaker Alvarez has clarified that his remarks to extend martial law until 2022 is his personal opinion,” Presidential Spokesperson Ernesto Abella said in a statement on Monday, July 10.

Abella said such proposal does not represent the views of the Duterte administration.

The speaker was quoted in a July 9 Inquirer report saying he would gather support from legislators at the lower House to extend Martial Law until 2022, the year President Rodrigo Duterte finishes his term.

“If I can convince my colleagues, I will push for an extension until 2022, because two months is too short. Five months or one year or two years is too short,” he was quoted as saying.

Even if the administration is keen on extending military rule, the decision would still rely on recommendation from the military and police.

Sought by reporters for comment, AFP Spokesperson Brig. General Restituto Padilla, Jr. said they are still assessing the situation in Marawi on whether or not the said extension befits.

“I cannot give you a categorical answer because the assessment for the extension of martial law is still being undertaken and we have not finished this yet,” Padilla told a press briefing at the Palace on Monday.

As to Speaker Alvarez’s basis in proposing for an extension, Padilla said he might have information at hand not privy to the military.

There has been no mention on the exact duration of the martial law’s extension as, Padilla said, this just one part of the assessment they are currently conducting.

Mindanao under martial law will turn on its 60th day on July 22. From there, the AFP should already be coming out with “a very good basis” to recommend Mr. Duterte on whether or not the island should remain in direct military control, said Padilla.

“It’s (the assessment) already being done and in a few days, it will be submitted to the Secretary (National Defense) for his consideration because he is the administrator of martial law. And that recommendation will make its way up to the Commander-in-Chief who will be provided an advance copy,” he said.

Meanwhile, the Communist Party of the Philippines denounced the plan to extend the imposition of martial law and the suspension of the writ of habeas corpus.

It said the government’s handling of the ongoing crisis in Marawi is a “failure” and Duterte’s reliance on the Armed Forces of the Philippines and the Philippine National Police is “absurd.

Since the imposition of martial law in Mindanao, offensives against the New People’s Army also intensified, as manifested by aerial bombardments in communities, the CPP added.

It said at least 5,000 people also evacuated from their communities since May due to AFP operations, while civil and political rights continue to be violated by checkpoints, random searches by AFP soldiers and threats against the right to express views. (davaotoday.com)