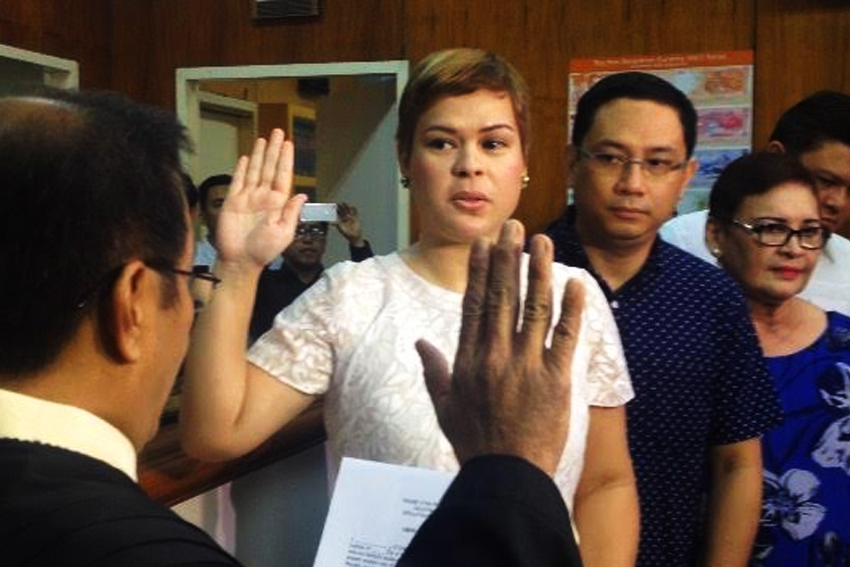 The announcement from the Mayor came amidst the celebration of the 31st Kadayawan festival here. In a statement read out by City Information Officer, Jefry Tupas on Friday, August 19, Duterte said that she could not join the “merrymaking activities”.

“The human body is made to carry just one baby and I am experiencing threefold all the pregnancy symptoms that a woman goes through. I am having a hard time with the symptoms as well as the complications of a multifetal pregnancy,” she said.

However, the 38-year old mayor clarified that she is not yet on leave.

“I will continue to work until I am allowed by the doctors to do so, however, I have been advised to avoid crowded places to lessen the chances of acquiring infections,” Duterte said in her statement.

Tupas, assured that the mayor is still “on top of the situation” in the city.

Tupas also said that there is a possibility that the pregnancy of Mayor Sara was the reason why she was not able to attend the first State of the Nation Address (SONA) of her father, President Rodrigo Duterte, last July 25.

In a statement by Communications Secretary Martin Andanar, he said that President Rodrigo Duterte is delighted with the news of his daughter’s pregnancy. Sara is President Duterte’s daughter with his first wife, Elizabeth Zimmerman.

Andanar added that the President is “hopeful that she will able to see through the pregnancy smoothly and well.”

“Mayor Sara’s pregnancy serves as a source of inspiration for the Chief Executive to roll up his sleeves and work double time in his fight against crimes and drugs. He hopes to leave a legacy of a Philippines safe and secure from crimes and drugs to future generation of Filipinos,” Andanar said. (davaotoday.com)