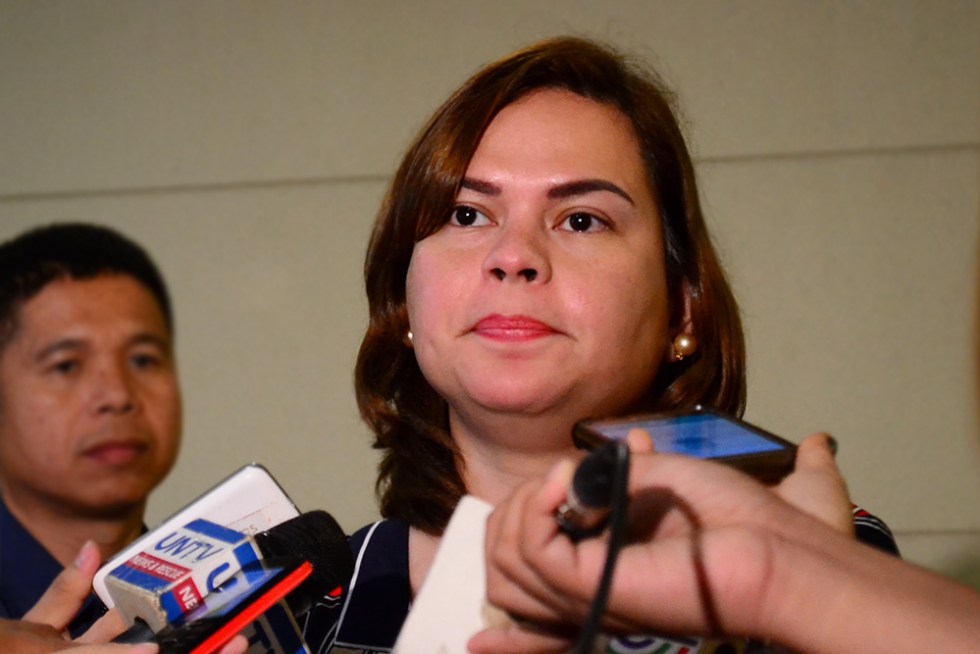 “Well I think Trillanes is confused and I think he’s going crazy,” Duterte-Carpio told reporters in an interview on Monday, February 5, moments after Trillanes asked the Senate committee on banks, financial institutions and currencies to open the probe.

“I think I’m starting to believe the rumors about his getting hooked on something because there is no other explanation for his obsession with President Duterte,” Duterte-Carpio added.

– Trillanes claimed that his source is the Anti-Money Laundering Council (AMLC) documents but is also twiting the President for refusing to sign a waiver so that AMLC documents will be issued “So how come he has in his possession purported AMLC documents?,” Duterte-Carpio said.

“He’s not really making sense. It is not helping the country. Taking down the President will not help the country,” she added.

The Mayor mentioned she is willing to go to the Senate if there is any subpoena saying that she respects the authority of the Senate.

When asked if she’s filing a case against Trillanes, Duterte-Carpio said no and maintained that she respects the senator’s opinion. “I respect his opinion but I think he’s really going crazy but I still respect crazy people.”

In the report, it said President Duterte and his daughter “failed to fully disclose in their Statement of Assests, Liabilities, and Net Worth (SALN) for the past years, their joint deposits and investments under the Bank of Philippine Islands (BPI) which exceeded P100 million.”

– The purchase of P80 million in insurance policies in 2014

“As the highest-ranking official of the land, President Rodrigo Duterte and Mayor Sara Duterte-Carpio as the elected City Mayor of Davao City are classified by the AMLA as ‘politically exposed persons’ under the law and its implementing regulations,” the resolution read. (davaotoday.com)