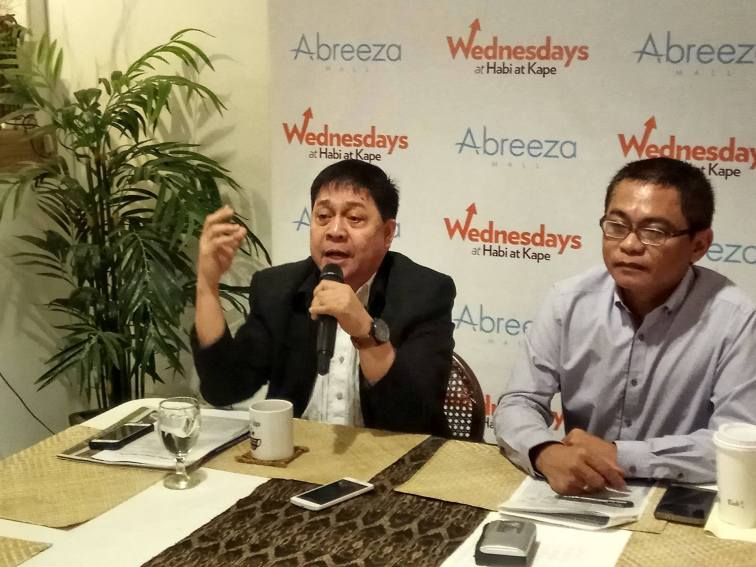 DAVAO CITY, Philippines—An official of the Mines and Geosciences Bureau in the Davao region criticized the cancellation of the 75 mining agreements saying the move contradicted President Rodrigo Duterte’s goal towards industrialization.

“It’s a sad day because announcing to the media that the closure, the abrogation of MPSAs (Mineral Production Sharing Agreement) all over the country means that slowly the industry is being killed,” Wilfredo Moncano, acting director of MGB 11, said Wednesday.

On Tuesday, environment Secretary Gina Lopez announced in a press briefing that it would cancel 75 MPSAs to save the country’s watershed. Those MPSAs were for the mining projects that were not operating commercially and found near or within a watershed. It will halt 27 mining operations in Luzon, 11 in Visayas, and 37 in Mindanao.

In a statement directly critical of his superior’s position, Moncano said,   “It’s a sad day because if we follow the pronouncement of the president the direction of the country is towards industrialization.”

MPSA is a mineral agreement wherein government shares in the production of the contractor, whether in kind or in value, as owner of the minerals. In return, the contractor shall provide the necessary financing, technology, management and personnel for the mining project.

“It [mining] is an important component of industrialization,” Moncano said. “You want to produce [your] own steel products, you need it from mining companies.”

Moncano said nine mining firms, which are “still in exploration,” would be affected by the DENR’s  closure order. Four companies are located in Compostela Valley, and five in Davao Oriental.

The MGB director added that most companies affected “were ready to proceed for commercial extraction” but because of the recent DENR order, the “companies [will] have difficulty in securing funding requirement from lending institutions.”

“The companies already have approved mining feasibility, [but] because of the pronouncement, their lending institution backed out,” Moncano said.

On the issue of employment, the affected mining firms, based on MGB’s estimates will affect 400 people directly “employed” by Kingking, Alsons, and Sinophil mining companies.

“The bigger impact is the future; the future employment and future investment has been affected because of the pronouncement,” Moncano said.

The closure order of the nine mines has not been issued yet, but Moncano said that the cancellation of MPSAs “will result to loss of taxes, loss of royalties, property taxes, development, professionals, mining engineers.”

“That is what will happen if cancellation will be pursued,” he said.

Appeal to the President

A group of responsible miners echoed the same sentiment with that of Moncano.

Rodulfo Palma, president of the Association of Responsible Miners, said they would make an appeal to President Duterte.

“With regard to the closure, sinabi na ni president na bibigyan [niya] ng due process (the President said that he will give due process),” Palma said. “We are confident that the President will stand by his words.”

Of the nine mining firms that will be affected of the DENR’s order, only three Armor members are operating in the region namely: Kingking Copper-Gold Project in Pantukan, ComVal; Alsons Development and Investment Co., Inc. in Nabunturan and Maco, ComVal; and the King Eagle Exploration and Mining Corporation also in Pantukan.

For its part, Panalipdan in Southern Mindanao (Defend), an environment advocate group based in Davao, said that it would only be a problem for the mining firms, and not for the people, if Lopez’s decision would push through.

“Because in reality, only the big capitalists and foreign investors benefited the mining operations while the Filipinos only get a small portion and will also suffer the effects of the calamities due to environment destruction,” Prof. Kim Gargar, spokesperson of Panalipdan, said.

Gargar lauded Lopez’s “consistent stance” towards mining industry saying that “her recent decision shows how sincere she is for the environment.”

“The cancellation of the mining permits has long been demanded by the people,” Gargar said.

Gargar pointed out, however, the loopholes of Mining Act of 1995 that can “legitimize the return of (the cancelled) mining projects.”

Gargar said, “what the Duterte government should do is to prioritize the People’s Mining Bill that for how many years, is still pending in the Congress.”

The proposed People’s Mining Bill or the House Bill 4315 authored by then Bayan Muna Partylist Rep. Teodoro Casino, aims to reverse the liberalization of the mining industry brought about by the Mining Act.

“It upholds the Filipino people’s Constitutional right to appropriately use, manage, and enjoy the benefits of the country’s mineral resources, considering these as national patrimony and as irreplaceable and non-renewable wealth,” reads a primer of the bill.

It added that “it gives the State the primary responsibility over the industry’s management, conservation, utilization, and development and considers mining a shared responsibility among national and local governments, corporations, and communities.”

The current framework of mining operations in the country, according to Gargar is “export-oriented and import-dependent and is not beneficial to the country.”

Gargar said there is a need for the People’s Mining Bill to be passed, “in order to provide jobs to the Filipinos while catering that there would less or minimal damage to the environment.”

“It is also included in the People’s Mining Bill to ensure the rehabilitation in the mined area,” Gargar added.(davaotoday.com)