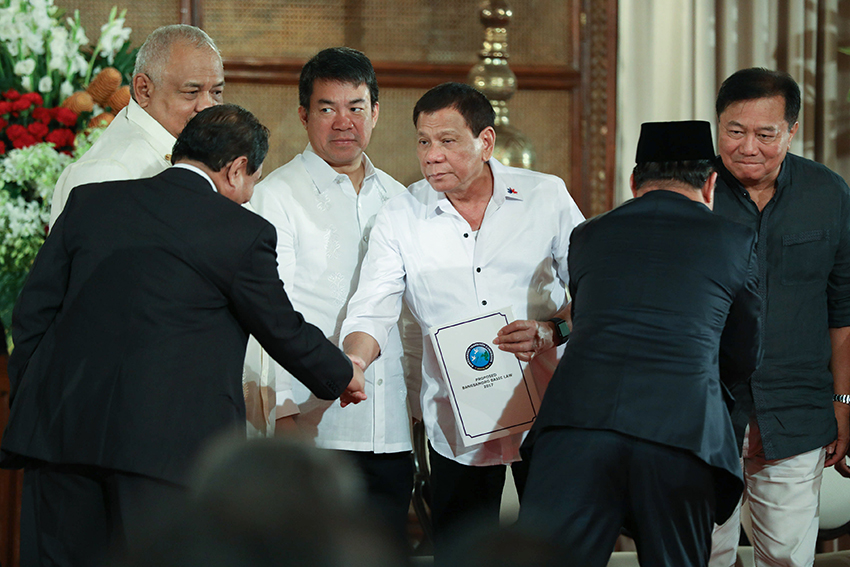 Arroyo’s House Bill 6121 or the “Basic Act for the Bangsamoro Autonomous Region” will also replace ARMM to truly reflect “the aspirations of our Muslim brothers and sisters as well as the indigenous brethren, representation to Indigenous Peoples, women, the sultanates, and other key stakeholders.”

“We just want to appeal to Congress once again since the BBL has passed so many scrutiny, it has been drafted twice already we are appealing to Congress to see the real objective of the BBL,” said Ebrahim during a press conference at the MILF’s headquarters at Camp Darapanan.

“It’s not a mere, not an ordinary bill. It came from the long negotiation and it also integrated the other agreements of the Bangsamoro. So we appeal to them to expedite the process of the law,” he added.

Ebrahim said BBL can help address the proliferation of radicalism, as well as the crisis in Marawi.

“One major solution to this is to put in place a political solution to the Bangsamoro problem. Yun lang ang makakapigil nito effectively (That’s the only thing that can address it effectively),” he stressed.

While they were not expecting for another version of BBL in Congress, Ebrahim admitted they cannot prevent any member of the Congress from submitting their own bill.

He, however, stressed that they remain optimistic that an “undiluted” BBL will be passed as early as possible.

When he received the draft BBL crafted by the 21-member Bangsamoro Transition Commission on July 17 in Malacanang, President Rodrigo Duterte promised to support its passage. (davaotoday.com)