DAVAO CITY, Philippines — Protest actions were launched in key cities of Mindanao to mark the first year of Marawi siege and the declaration of Martial Law in the island through Proclamation 216.

Different organizations in Mindanao expressed their strong opposition in the extended Martial Law imposition in Mindanao saying that “it fits the description of a dictatorship that has only consolidated a tyrannical and monopoly rule of the Duterte administration.”

Kaparatan-Southern Mindanao condemned Martial Law for intensifying the government’s “war of suppression against the people in its bloody attacks under the counterinsurgency program of Oplan Kapayapaan, where more than 75% of the Armed Forces of the Philippines combat-effective forces are deployed in the region.”

The PASAKA Federation of Lumad Organizations Southern Mindanao during their protest rally in front of Eastern Mindanao Command Headquarters in Panacan here said wholesale abuse was heaped upon the indigenous communities as these were “targets of Duterte’s tyranny and fascism.” 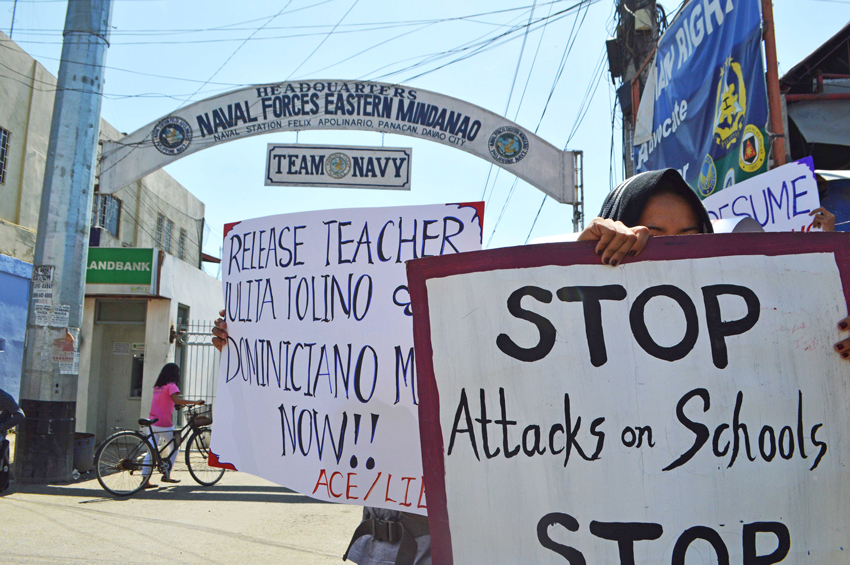 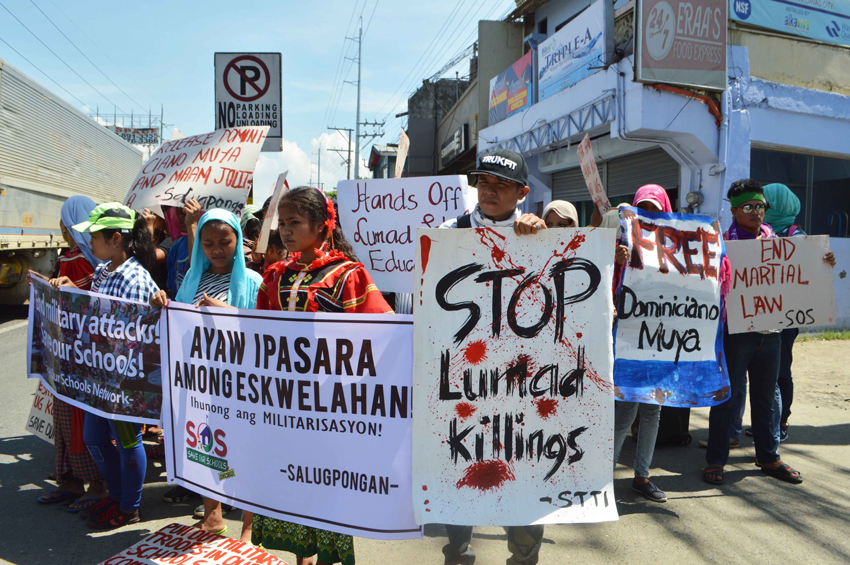 The group said the AFP has militarized communities which has militant organizations that demand for the people’s right to land, self-determination and for basic social services.

“It is outrageous that the military denies their hand in all these atrocities against our people and our schools. Amidst their denial, they continue to oppress us, throw us to jail and even silence us through bullets and depriving our rights. We raise our demand to be heard by the public and the government. We have the right to protect our schools and our ancestral land from militarization,” Pasaka said.

In its statement, the Ecumenical Bishop Forum (EBF) urged the government to end Martial Law in Mindanao and called for the resumption of its peace talks with the National Democratic Front of the Philippines.

During the Interfaith Street Worship led by Mindanaoans for Civil Liberties, EBF said “the Filipino people deserve nothing less than peace based on justice, and this is the most compelling reason for the resumption of the GRP-NDF peace talks” 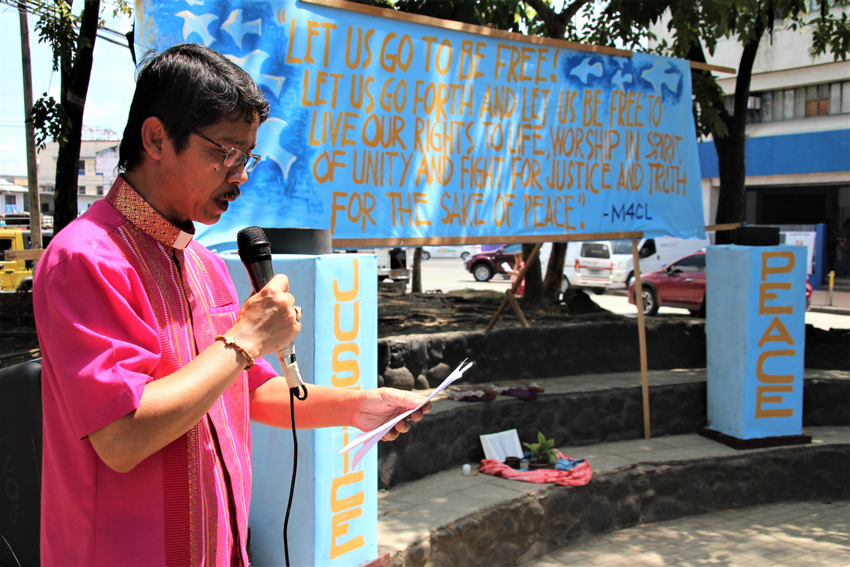 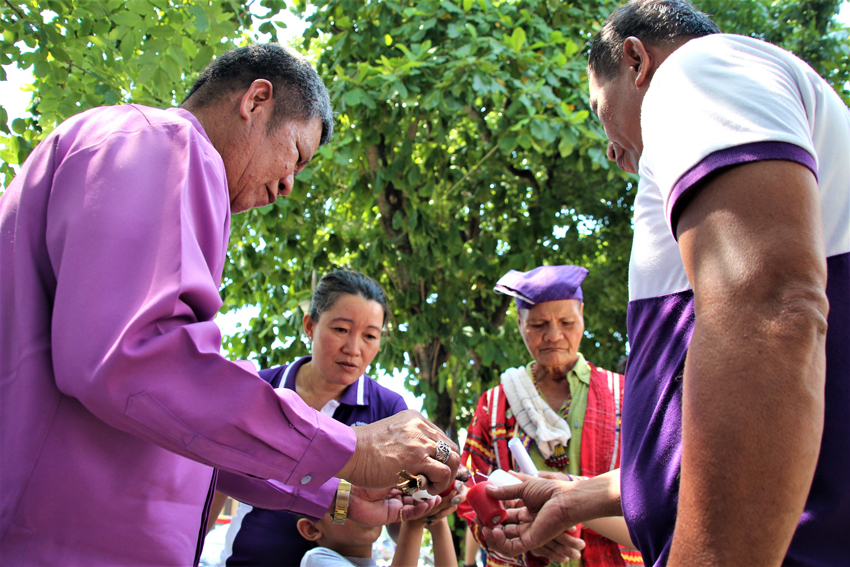 Seeking for their voices to be heard, they raised their placards at the Trade Center here, passed the Sobrecary street then proceeded to hold the program at the corner of Pioneer street and Dalisay Gante road.

“The reason of our movement is to acknowledge the very first anniversary of Martial law in the Philippines since its declaration last year on May 23, 2017. We highly condemn the President’s statement because of the extrajudicial killings perpetrated by the AFP in Southern Mindanao Region. There were 61 leaders and peasant members and over a hundred more were charged with false cases,” said Lao.

Victims of Marawi war led by Tindeg Ranaw staged a protest action in Marawi City to show their discontentment over the slow-phased rehabilitation of the ruined city. The victims lamented that Martial law was used to persecute the people of Marawi even after the siege.

According to Aida Ibrahim, “(T)ens of thousands of Meranaws are being barred from returning to their homes destroyed by the US-backed bombings of the AFP. Task Force Bangon Marawi also initiated the “Kambisita” program allowing 7 members of each family to visit what was left of their wrecked homes before the government gives it to business corporations and foreign companies. Instead of providing concrete rehabilitation plans, the evacuees were made to live in make-shift tents, evacuations centers or temporary shelters.” 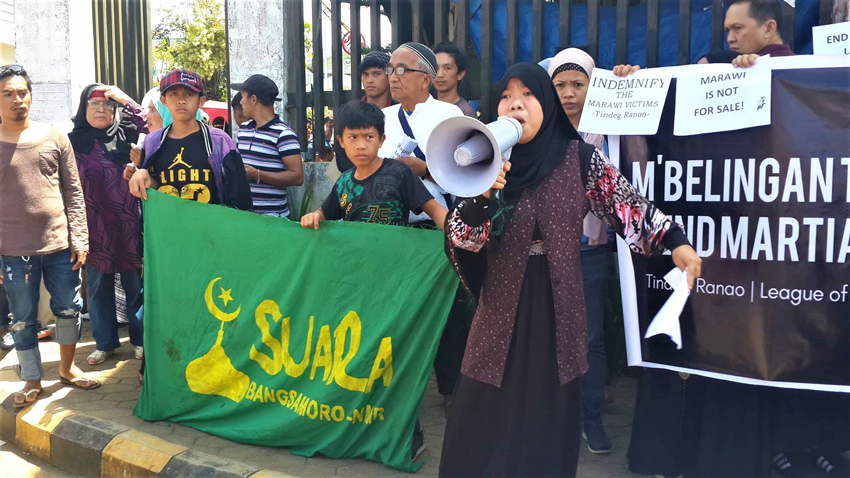 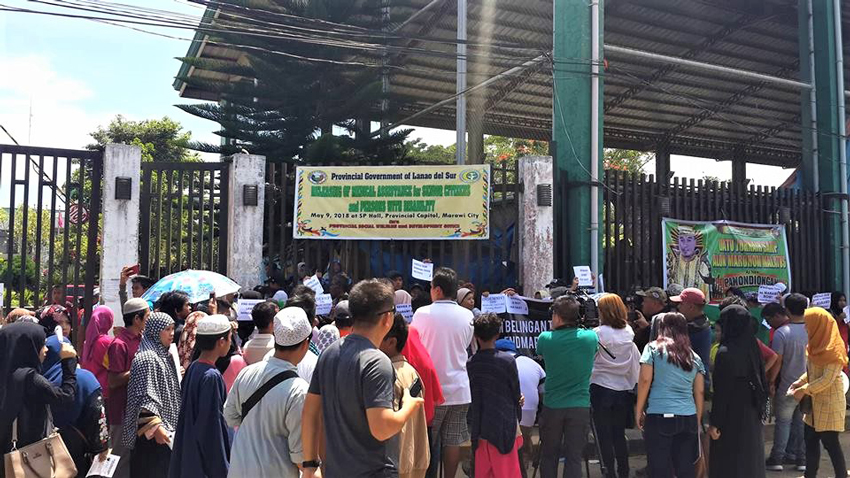 In Cagayan de Oro city, the Movement Against Tyranny – Northern Mindanao said “Duterte has managed to displace 400,000 residents of Marawi, killed one peasant-leader while injuring another in a failed attempt at murder, forced 727 community members out of their homeland due to militarization and strafing, and illegally detained 17 individuals in Northern Mindanao alone.”

“Martial Law has created chaos and scared communities in the countryside, making them fearful of terrorists when the real bearer of terror has been the AFP and the Philippine National Police (PNP),” said the group’s spokesperson Rev. Fr. Rolando Abejo. 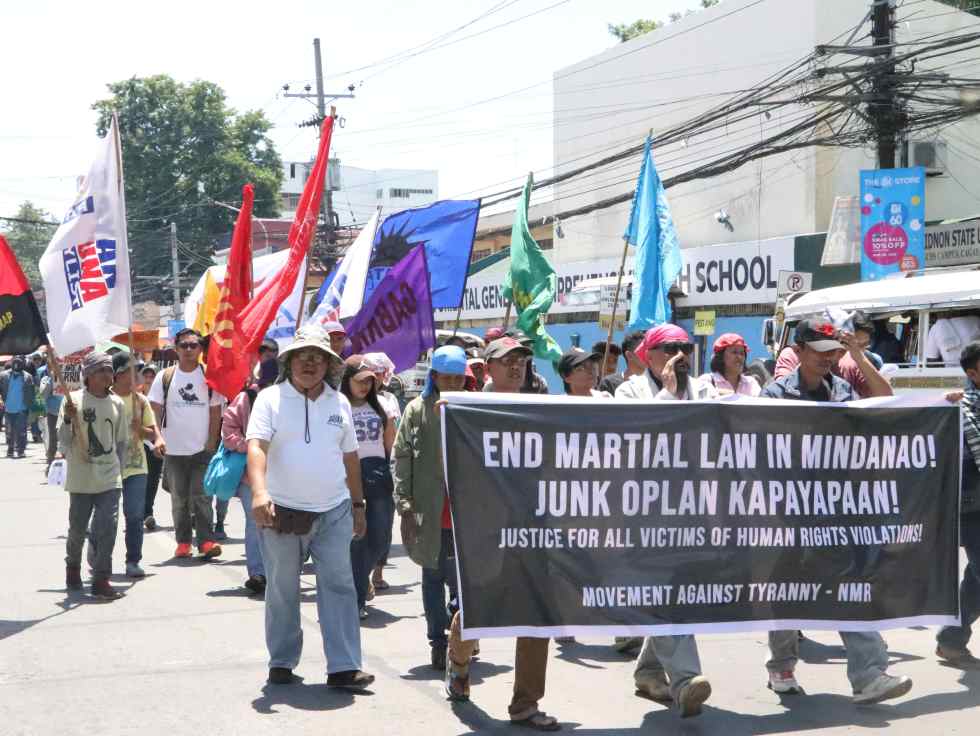 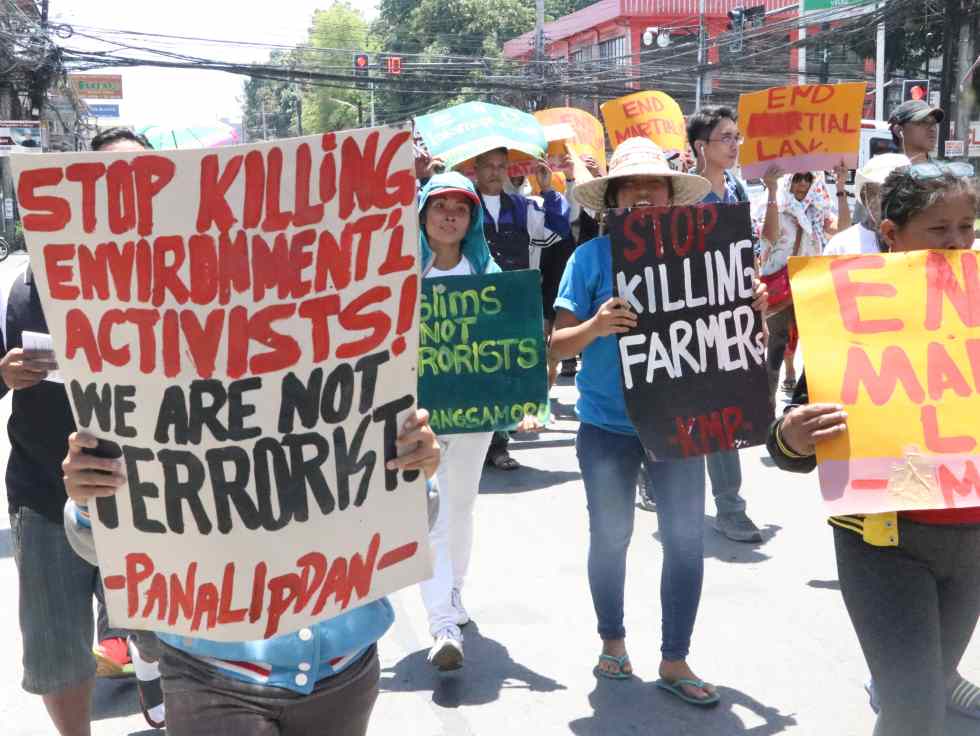 In General Santos City, the Bagong Alyansang Makabayan-Socsksargen and KARAPATAN, staged a protest rally stressing that under Martial Law, a total of 16,288 victims of human rights violations and 11 cases of political killings were recorded. One of the cases was the massacre of 8 members T’boli-Manobo tribe in Sitio Bonglangon Barangay Ned Lake Sebue last December 3, 2017. 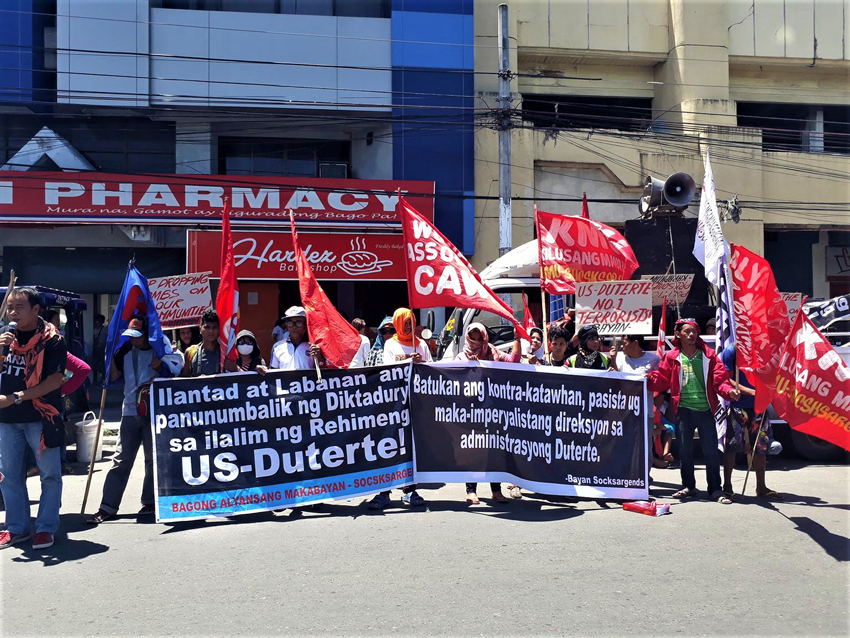 There were 12 victims of frustrated political killings, 4 victims of enforced disappearances, 9 victims of torture, 65 families and 7 individuals who have been victims of strafing, 29 political prisoners, of whom 17 of them were arrested, and 63 victims of trumped-up charges.

About 6,769 individuals were reported victims of forced evacuation, 6, 345 victims of threat, harassment and intimidation, and around 33 Lumad alternative schools were subjected to threat and closure.

Karapatan spokesperson Pastor Sadrach Sabella said “We are saddened and mortified that the president who came from Mindanao did much harm and damage to Mindanao and its people.” (With reports from Dea Dimacuta in Tagum City/davaotoday.com)