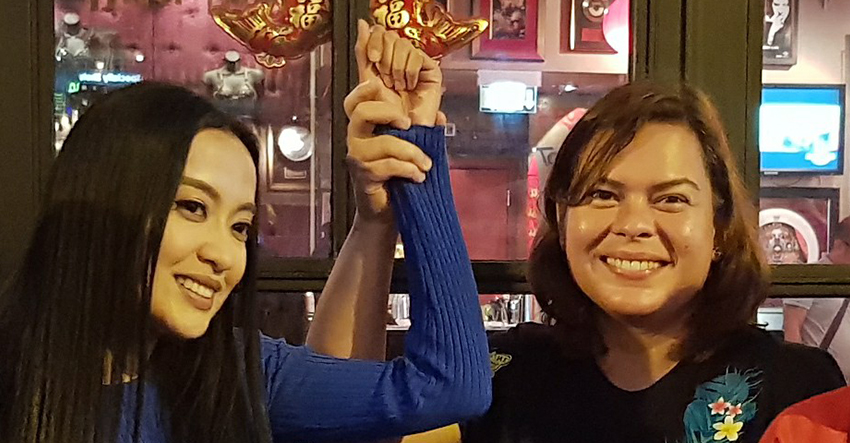 “We see in her that she (Uson) really wants to help the administration of PRD (President Rodrigo Duterte). As the current Presidential Communications Operations Office (PCCO) Assistant Secretary she has already started her work and with that she can help PRD in his remaining three years,” Duterte-Carpio told reporters in an interview during the thanksgiving event for the City Environment and Natural Resources Office (Cenro) employees on February 28.

She announced the endorsement on Uson for the senatorial bid during the Tapang at Malasakit-Alliance for the Philippines activity in Hong Kong where supporters of Duterte’s administration gathered on February 25 as she discarded the possibility of seeking a post in the Senate or Congress.

The Davao City Mayor declined to seek election in the senatorial or congressional post because she couldn’t afford to leave her children behind.

In a Facebook post, Uson thanked Mayor Sara for the endorsement but has maintained to focus on her work for now.

She also posted a photo of her and Duterte-Carpio with the caption: “#Next President Gwapa! Bright! Buotan! At siyempre isog!!”

Uson clarified that she has no plans to run for the Senate since she’s not a politician, but also underscored that she will be compelled to do so if President Duterte would advise her.

Mocha’s commentaries have always been heavily criticized by political rivals and groups against the Duterte administration especially that she represents a government office. (davaotoday.com)