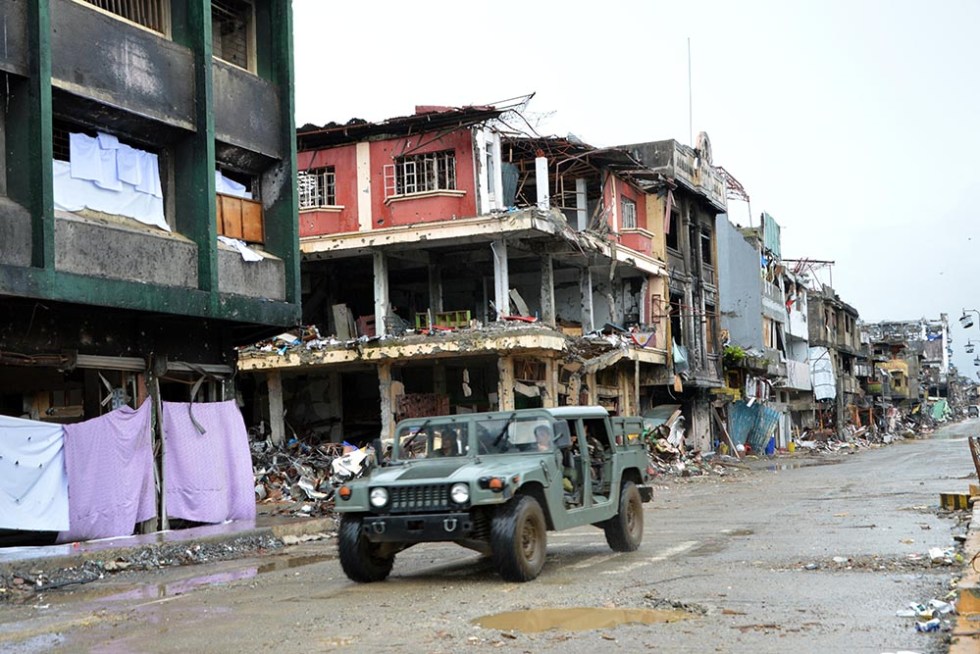 CAGAYAN DE ORO CITY – The lifting of the martial law in Mindanao, especially in Marawi City, will hasten the return of the affected residents to their respective homes, a Moro leader said Sunday. Nov. 26.

Reacting to a statement of Marawi Roman Catholic Bishop Edwin de la Peña published in a newspaper on Sunday, Drieza Lininding, chairman of the Moro Consensus Group (MCG), said now is the best time for the displaced Maranaos to go back to the communities.

So, instead of extending the martial rule, he said it should be terminated to pave the way for the unhampered return of the Marawi residents.

“ML (martial law) was the cause why many civilians fled Marawi in the earlier days aside from airstrikes, and it is still the reason why many even in cleared areas are afraid to return. There will be no true home coming unless ML is lifted,” Lininding in his Facebook post said.

In an interview with the Manila Times, de la Peña was quoted as saying the extension of martial law in certain areas in Mindanao “could help Marawi’s rehabilitation.”

According to Marawi’s City Social Welfare and Development office, there are villages in Marawi that have already been declared by authorities as safe for the returning civilians.

Lininding said the martial law has “deprived many of us to visit our homes or what remains of it in the MBA [main battle area], while we see VIP and powerful persons being toured around the area. Our [homes became] tourist spots for VIP or influential people including celebrities.”

He added that the martial rule is the reason why many of the abuses, such as looting and harassment committed against the civilians remained undocumented as people are afraid to speak up or file cases against the suspects.

In its post-investigation report, the nongovernment organization Kalinaw Mindanao has documented more than 300 cases of human rights violations allegedly perpetrated by soldiers in Marawi at the height of the conflict and even after Pres. Rodrigo Duterte has declared the city as liberated from the extremists last month.

In response to reports of abuses published by Amnesty International, the military said it would look into the violations allegedly committed by its personnel and to punish those found guilty.

For his part, Lininding said the singling out of Marawi as one of the areas in Mindanao where martial law should be extended is “the highest form of hypocrisy and discrimination.”

By focusing solely on Marawi, Lininding view this move by the government as “modern way of ethnic cleansing with the plan to occupy our lands and relocate us in other place. We can only pray that what happened to Marawi will not happen to other places.” (davaotoday.com)