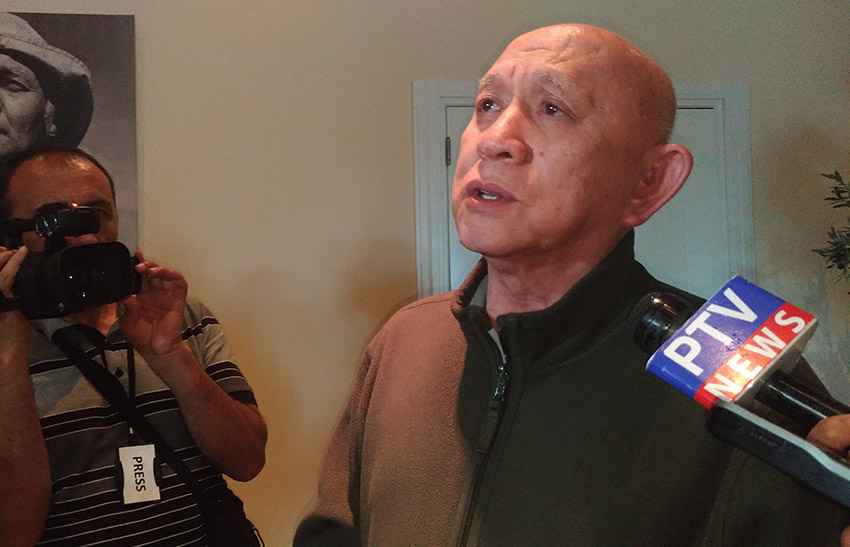 NOORDWIJK AAN ZEE, The Netherlands — Peace negotiators of the communists who will be coming back to the Philippines were told that they are immune from arrests, in the wake of aborted fifth round of talks with the Philippine government.

National Democratic Front of the Philippines peace panel chair Fidel Agcaoili said they were assured by the government panel that the Joint Agreement on Safety and Immunity Guarantees, the agreement which protects negotiators and those who participate in the peace talks, are still in effect.

“This means that all the NDFP consultants who are involved in the ongoing peace negotiations are guaranteed (1) free and unhindered passage in all areas in the Philippines, and in traveling to and from the Philippines in connection with the performance of their duties in the negotiations; and (2) immunity from surveillance, harassment, search, arrest, detention, prosecution and interrogation or any other similar punitive actions due to any involvement or participation in the peace negotiations,” Agcaoili said.

JASIG was signed in 1995 and it grants consultants immunity from surveillance, harassment, search, arrest, detention, prosecution and interrogation and “any other similar punitive actions due to any involvement or participation in the peace negotiations.”

Agcaoili also said that all bilateral agreements remain “binding, operational and in effect.”

“We deem it necessary to underscore the continuing effectivity of the JASIG in order to prevent any misreading or misinterpretation that would lead prosecutors to move for, and for the courts to cancel, the bail bonds of NDFP consultants still facing charges and for the police and military to arrest NDFP consultants who are set to return to the Philippines following the GRP’s cancellation of the fifth round of formal talks,” he said.

The same clarification was relayed by Presidential Peace Adviser Jesus Dureza in a press conference here on Sunday, May 28 after the GRP peace panel reiterated their previous decision that they will not participate in the fifth round of talks.

Dureza stressed that even without formal negotiations, the peace process continues. He also said previous agreements with the NDFP, including the JASIG remains.

“Whatever you have signed, previously signed agreements, these are agreements that have to be honored and they are valid unless otherwise revoked,” Dureza said.

Agcaoili said since the peace negotiations are not terminated, the bilateral consultations between the reciprocal working groups of the government and the NDFP can continue to be held in the Philippines. This will enable the negotiators to prepare ahead for the resumption of the formal talks. (davaotoday.com)