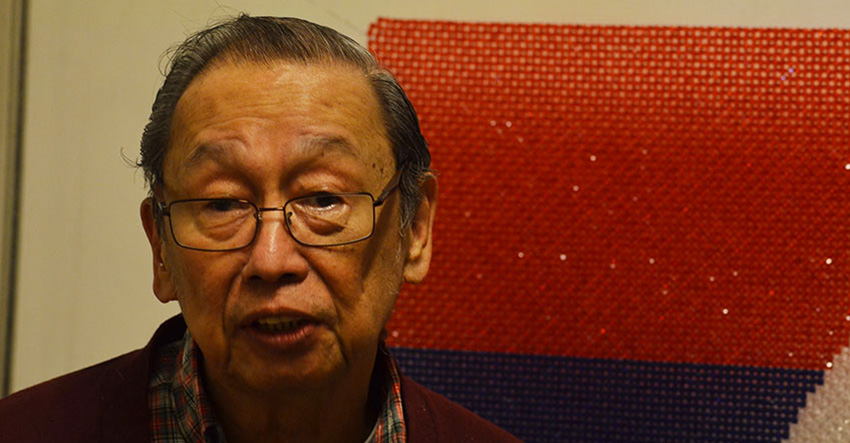 MANILA, Philippines — The National Democratic Front of the Philippines (NDFP) stood its ground that the peace negotiations with the government of the Philippines (GRP) be held in a neutral venue abroad and the validity of agreements since 1992 be upheld, NDFP Chief Political Consultant Prof. Jose Maria Sison asserted on Thursday.

In a statement, Sison, Communist Party of the Philippines (CPP) founder, advised the public and the press that they read and study carefully and compare critically the two separate statements issued by the GRP and NDFP teams after their talks from June 18 to 20.

“The GRP side is inconsistent and self-contradictory. It seems to wish that the gains and agreements made in the back channel talks be preserved but it has informed the NDFP that Duterte will review everything (process and agreements) since decades ago in three months,” Sison pointed out.

On Tuesday, President Rodrigo Duterte insisted that peace talks should be held in the Philippines, even after Sison warned that holding talks in Manila would spell the end of it.

“Why should I talk outside? I’m talking about our country, my country, their country and they want to take over, overthrow the government. And why do we have to talk [about] the f***ing thing outside?” Duterte said in a speech at the 81st anniversary of the Government Service Insurance System (GSIS) in Pasay City.

In light of the confusion, Sison suspects that Duterte “would come up with more demands unacceptable to the NDFP or he would outrightly continue his unrevoked termination of the peace negotiations through Proclamation 360.”

In fact, in the next three months, Sison said the military, police and paramilitary forces would intensify their offensives, “and of course the revolutionary forces have to defend themselves and launch their own offensives.”

“While he does this, the NDFP can always stand for peace negotiations not necessarily with the Duterte regime of unbridled terror and greed,” Sison stressed.

“The broad united front of patriotic and progressive forces and the people´s war are advancing and can oust the Duterte regime in due time,” he added.

Both sides OK with public consultations

In an NDFP statement on Wednesday, it said both camps have agreed that the peace negotiations would continue despite the cancellation of the scheduled formal talks in Oslo on June 28 to 30.

The NDFP said the agreements reached in the four rounds of informal talks in March, April, May and June 2018, also remain valid and have the effect of continuing the peace negotiations under the direction of the principals and reaffirmation of previous agreements.

“In the meantime, both sides expressed their intention to conduct separate unilateral consultations and in due course bilateral consultations according to their respective needs on the premise that the GRP and NDFP Negotiating Panels are mandated by their respective principals in accordance with existing agreements and that the GRP and NDFP are mutually determined to overcome obstacles and impediments to the peace negotiations,” it also said. (davaotoday.com)