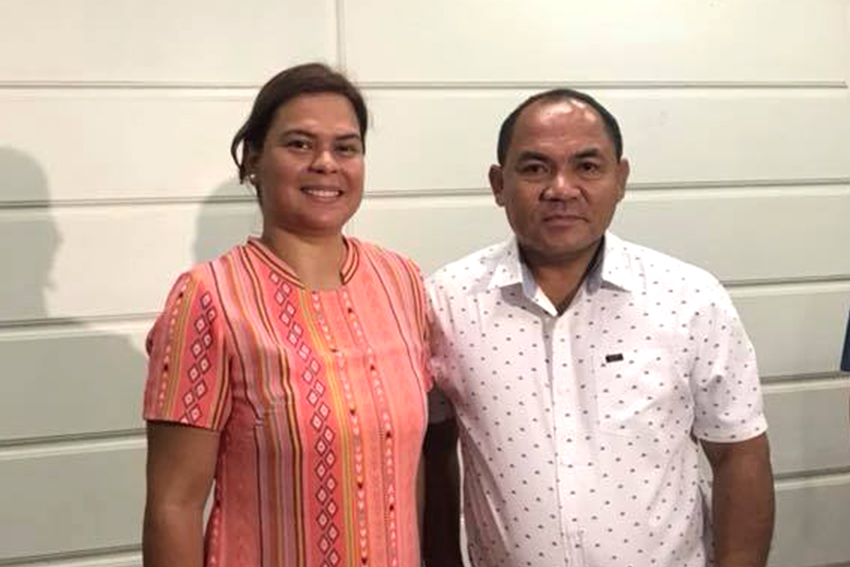 DAVAO CITY, Philippines – Barangay Captain Carmelo Clarion of Mulig, Toril formally assumed the vacant third district councilor seat on Monday, April 9, and vowed to address the needs of barangays such as potable water supply among others.

Clarion took his oath before Davao City Mayor Sara Duterte Carpio on Monday morning as a replacement of then Councilor Bernard Al-ag, who was designated as the city’s vice mayor after Presidential son Paolo Duterte resigned in December.

Clarion told media that he would prioritize the need for a potable water supply in some areas here particularly those in elevated areas of District 3.

“I’d like to take some time and go around the 82 barangays of the 3rd district to know what they need, but for now, I can see that there is a need for potable water,” said Clarion.

He also hoped to serve the Committee on Peace and Public Safety of the City Council currently chaired by Councilor Nilo Abellera Jr.

“If given the chance, I would like to serve the peace and order committee. I don’t see any weakness on this aspect but I could take advantage on my experiences as the ‘action man’ in the barangay,” Clarion added.

Mayor Sara said Clarion’s appointment was based on a discussion among the members of the Hugpong sa Tawong Lungsod party that it is best to appoint a village official to replace Al-ag.

“Barangay captains know what are the problems faced at the grass root level because of their experience as village chief,” said Mayor Sara.

She said she is confident Clarion will help in the legislation of laws that could bring improvement, not only in the 3rd district but the entire city as well, including in matters of security and public service.

Clarion who served as village chief of Mulig for eight years will be replaced by his brother, Carlos Clarion, who is the number council member of the barangay. The barangay council is set to conduct a meeting to discuss who will fill in the Carlos’ position.

He also bared that he will not hesitate to run in the May 2019 Midterm Elections for a seat in the City Council if endorsed by his party, Hugpong sa Tawong Lungsod.

“Since the party chose me and the mayor showed her confidence in me, I am willing to accept all the challenges and to take this responsibility,” Clarion added. (davaotoday.com)