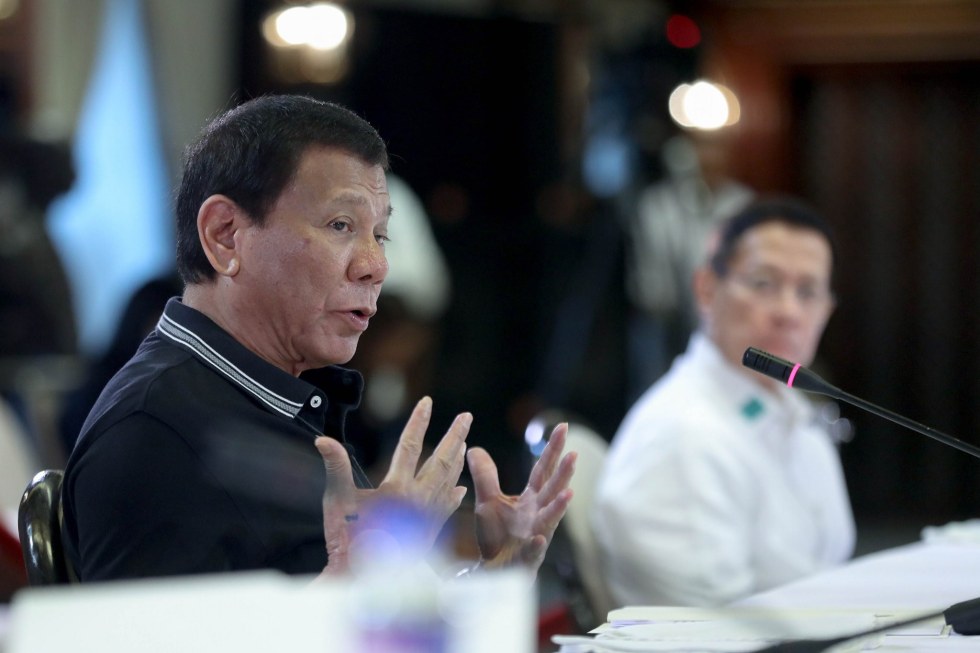 A special session in Congress was held Monday, with many representatives and senators communicating via video, that saw the House of Representatives pass the House Bill 6616 and later adopted Senate Bill 1418, titled Bayanihan to Heal as One. This was forwarded to Malacañang on Tuesday for the President’s signature.

The approved bill granted Duterte “authority subject to limitations” in adopting temporary emergency measures to deal with the COVID-19 threat.

Senator Risa Hontiveros was the lone dissenter in the Senate, as she explained that political will, not special powers is what is needed to address the pandemic.

“Special powers is not the answer to this pandemic but the political will to pursue mass-testing, give PPEs and hazard pay to frontliners, and deliver cash assistance to poor families and those who lost their livelihood. Why are they already asking for special powers when the President’s current mandate and powers have not been exhausted?” she argued.

Nine House members, six of them from the progressive Makabayan bloc, opposed the bill, saying this power may be prone to abuse.

During the House deliberation, the Makabayan members pushed to amend provisions they say were unconstitutional, such as giving blanket authority to the president on the appropriation of the national budget, taking over of service utilities and telecommunications, and letting the president determine the extension of emergency rule.

Gabriela Women’s Partylist Representative Arlene Brosas from the Makabayan bloc point out this act is prone to abuse with no concrete plans in addressing the pandemic and the public needs amidst the lockdown.

“(We) made an effort to propose amendments to ensure that the funds will directly go primarily for health services and economic relief, and of course for the purpose of transparency and providing safeguards, but to no avail. I also asked for the concrete plans, but my questions were not properly answered,” said.

“We can’t agree to give a huge budget for procurement without letting us know the items to be bought. We cannot be certain that it would benefit the greater number of people and not the pockets of a few,” the lawmaker added.

Camarines Sur Representative Gabriel Bordado pointed out the powers would defeat the purpose of delegating many tasks taken by local government.

“Instead of freeing the President of the tasks that departments under him are doing, local government units are undertaking, and the private sector is efficiently executing, our approval of this bill will unduly burden our leader with numerous tasks, disabling him to direct the different courses of action for all of us to succeed,” Bordado said.

Deputy Minority Leader and Bayan Muna Rep Eufemia Cullamat pointed out that “seeking more powers is not the solution to respond to COVID-19.”

“We should give greater focus on providing free testing kits, treating those infected with the virus, and totally eradicating COVID-19. Also, has been highlighted is the need to put the country’s health services in order,” Cullamat said.

With 636 cases and 38 deaths recorded as of Wednesday, March 25, and millions affected with no jobs and income due to the lockdown, Kabataan Partylist Representative Sarah Elago points out the bill is far from “health-focused, rights-based” law that is needed.