No reason to remove leftists from Cabinet – Malacañang 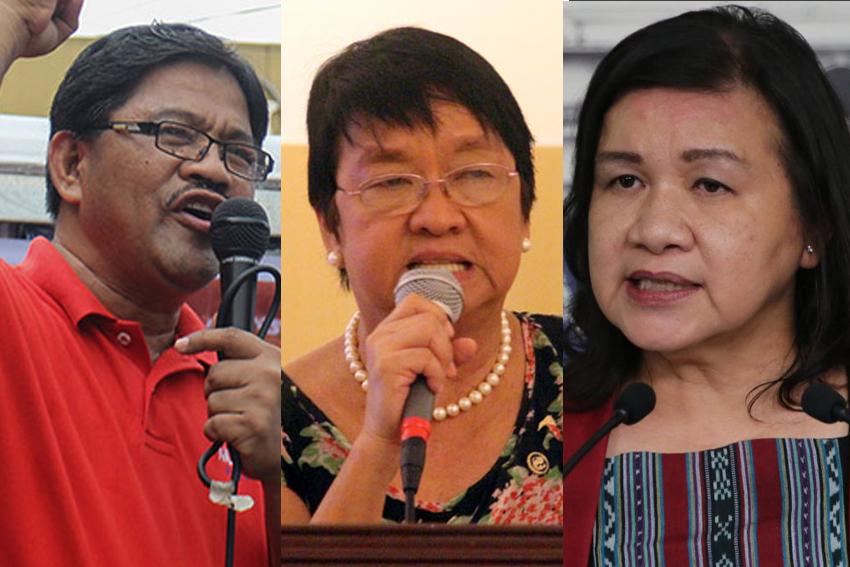 This was clarified to the media by Menardo Guevarra, senior deputy executive secretary during the Mindanao Hour press briefing in Malacañang on Monday, July 31.

“As far as the Office of the President is concerned, we see no reason why the three so-called leftist members of the Cabinet will have to be removed,” Guevarra said.

He added that President Rodrigo Duterte “continues to repose trust in them,” adding that the Anti-Subversion Law has already been repealed in 1992.

The repeal of said law, Guevarra said, was to “ensure that people who advocate Communism, Socialism, Marxism, Maoism, et cetera, will not go underground and that they join the legitimate organizations so that they can espouse whatever they want to espouse.”

It is also the main reason why there are “left-leaning” groups in the House of Representatives, as he obviously referring to the members of the Makabayan Block.

Calls to remove the three cabinet members have been ventilated by other sectors, the latest of which came from Duterte’s fiercest critic, Senator Antonio Trillanes IV.

“Now that Pres. Duterte has ordered the AFP to go after the NPA (New People’s Army), I am now calling on him to kick out the communist leaders in his cabinet,” Trillanes said in a statement posted on the website of the Senate.

The senator said his AFP sources told him that hundreds of NPA cadres are now officially employed at the Department of Social Welfare and Development, Department of Agrarian Reform, Department of Labor and Employment, the National Anti-Poverty Commission and the Housing and Urban Development Coordinating Council.

“Moreover, these communists are using the resources from these government offices to stockpile arms and ammunition, which they would use later on against our soldiers,” Trillanes said. (davaotoday.com)