“No such thing as Duterte country”: Davaoeños launch caravan for Leni-Kiko 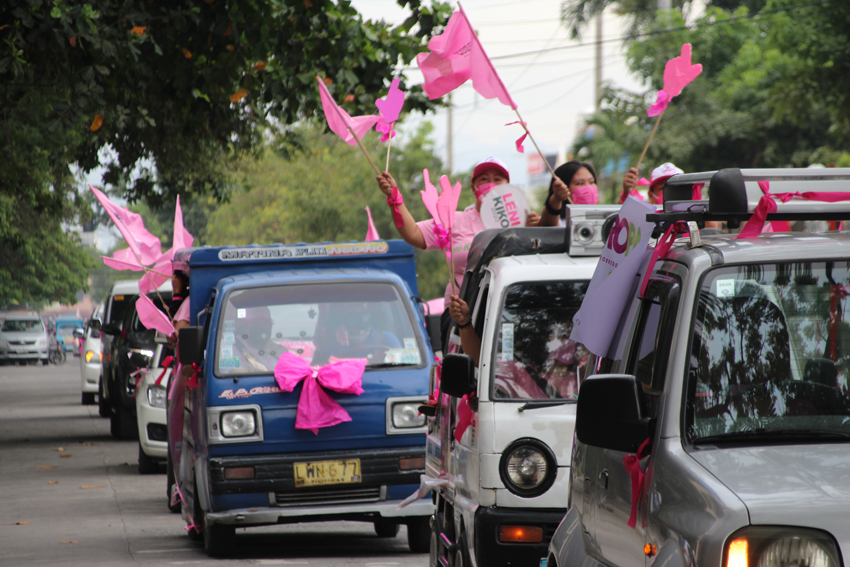 DAVAO CITY, Philippines — Davao City volunteers for the Robredo-Pangilinan tandem did not make it to Tuesday’s nationwide pocket caravans because of a delayed permit, but they launched their motorcade instead on Wednesday morning.

Assembling at People’s Park along Roxas Avenue fronting Ateneo de Davao around 8 am, supporters in pink shirt adorned some 150 vehicles, motorcycles and rented jeeps adorned in pink ribbons, flags and posters before heading to the city’s thoroughfares.

The participants came from various sectors and organizations, from the youth, professionals and progressive groups.

The turnout of these supporters, said Pablo Reyes, convener of the Robredo People’s Council for Davao Region, is indicative that Davaoeños are joining the people’s clamor nationwide for “true good governance.”

“Marami kami ditong Kakampinks at marami pang hindi lumalantad pero kami lang yung mga nasa frontline ngayon (There are plenty of ‘Kakampinks’ here and there are still many who have not come out except for us in the frontline) and the message we want across is that we are not here to displace other people in Davao City. We’re here to actually support and campaign for (Robredo’s) gobyernong tapat para sa angat buhay lahat (honest governance to uplift everyone’s lives),” said Reyes. 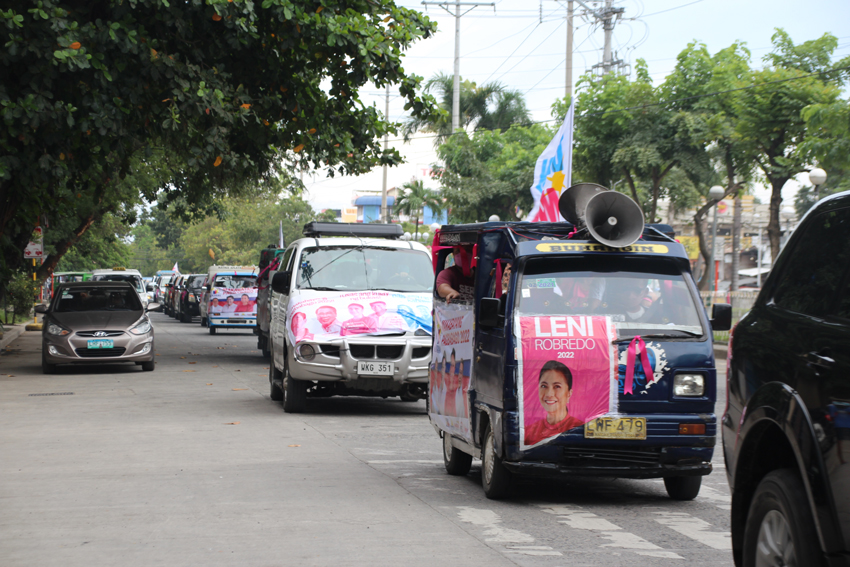 Reyes said the group has no high expectations given that majority of Davaoeños are supportive of the vice presidential run of first daughter Mayor Sara Duterte, he asks the public to listen to their stand and respect one’s choice of candidates.

“We are never ambitious that we are expecting many supporters. We know that for the longest time Mayor (Rodrigo) Duterte has been here in Davao he did some good work here but all throughout his six year presidency which is about to end it seems many in Davao are disappointed, that although we had a president coming from Mindanao he did not really stand up for what he promised he would do,” Reyes explained.

A big disappointment was Duterte’s promise to change the government by curbing corruption, stopping the drug abuse and eradicating poverty which did not happen.

Duterte’s approval ratings also dropped nationwide in the second year of the pandemic in 2021.

“So that’s a difficult thing for us that change, we thought change was coming but it was a different change. We know what that means, but what is happening to the country, that’s why that really binds our spirits together to come up, to rally behind Leni Robredo and Kiko Pangilinan for the 2022 election,” he added.

One of the supporters is Angelo ‘Apo’ Aportadera who drove along his bike in the caravan, said he doesn’t believe Davaoeños need to vote for Duterte just because she comes from Davao.

“There’s no such thing as Duterte country no, our country is the whole Philippines and we just feel in this part of the country that this is the right choice. We vote for someone who we think is right and we support them. It’s just so happens that the name is Leni Robredo and Kiko Pangilinan,” Aportadera said

Believing that Robredo and Pangilinan have the “best credentials” among the candidates, he plastered their posters in his bicycle, saying that his choice of candidate represents the future of his three children. 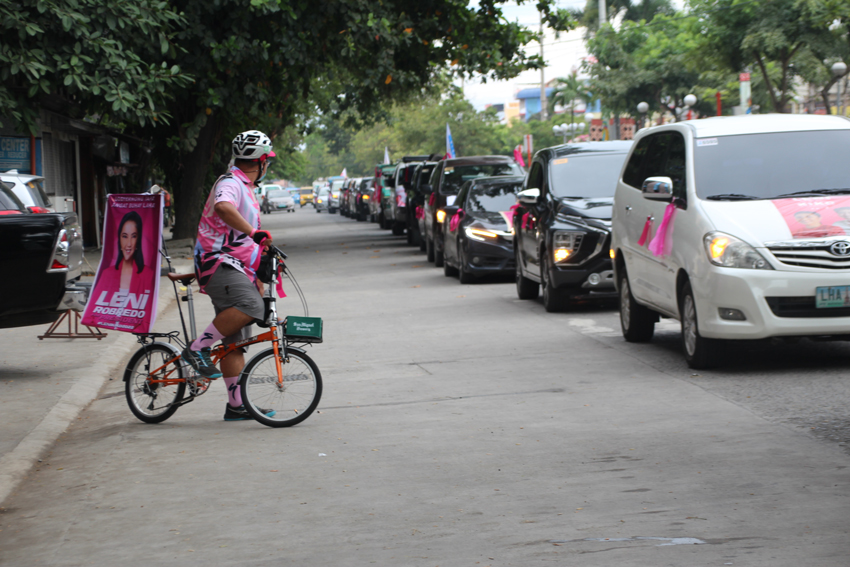 Robredo and Pangilinan held their grand rally in Robredo’s hometown in Bicol on Tuesday, as other cities and towns launched pocket caravans.

Reyes said the Davao City group did not join the rally because the city government did not grant them a permit right away due to COVID-19 restrictions where gatherings are not allowed under Alert Level 3.

“We have complied with the requirement that we apply for a permit but the business bureau did not grant our permit until yesterday (Tuesday) and that’s the reason why we are holding it today,” he said.

Participants of the caravan were composed of members of various Leni and Kiko movements under the umbrella of Robredo People’s Council, with allied organizations under Sentro ng mga Nagkakaisa at Progresibong Manggagawa (SENTRO) – Center of United and Progressive Workers and Akbayan Party-list as well as progressive party-lists Bayan Muna, Gabriela, Anakpawis, Act-Teachers and Kabataan composing the Makabayan Coalition. Supporters of senatorial candidates Neri Colmenares, Elmer Labog and Risa Hontiveros were also present during the caravan. (davaotoday.com)