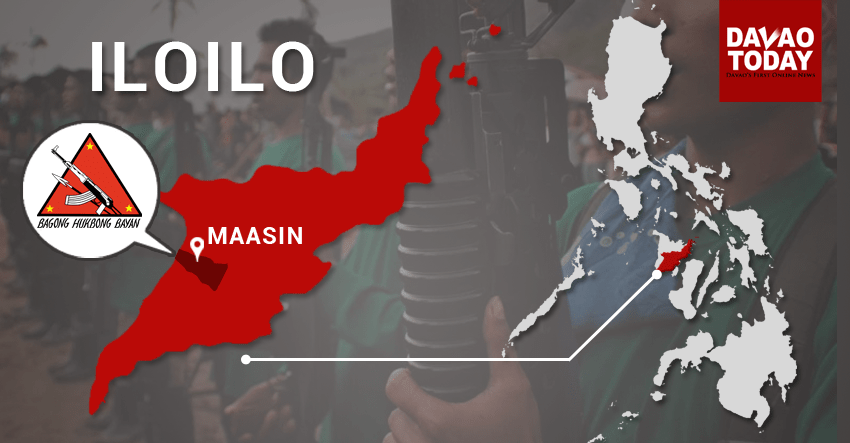 DAVAO CITY, Philippines — The New People’s Army said its attack on the local police station in Iloilo province over the weekend was meant to punish the police for its corruption.

The NPA attacked the Maasin municipal police station on Sunday noon seizing high-powered and low-powered firearms. No casualty on both the side of the government and the NPAs was reported.

The NPA also said the police failed to curb illegal activities in the area including drug trade and gambling.

In a press conference in Malacañang on Monday, Abella said: “It’s unfortunate that the NPA raid of a police station in Iloilo happened on the same day the government reciprocated the National Democratic Front’s declaration to refrain from undertaking offensive operations in Mindanao.”

“Although the attack was not in Mindanao, the act was opportunistic in nature and disregards the nature of the NDF declaration,” Abella said.

“We ask the NDF to call on their armed comrades on the ground to walk the talk and to show genuine sincerity on the confidence-building measure initiated by the government and their side,” he added.

The NPA offensive occurred a day after the National Democratic Front recommended to the Communist Party of the Philippines to order all NPA units to refrain from carrying out offensive operations against the Army and the police for all forces to concentrate against the fight against local terror groups.

The NDFP has reiterated its position to join the government in the combatting what it described as US and CIA-supported terrorist groups in Mindanao.
It said the CPP has already ordered NPA units which are close to Marawi City, where these groups are holding a siege, to “redeploy for the purpose of mopping up, holding and blocking operations, if necessary.”

“The NDFP is ready to discuss and agree in detail with the GRP on how ceasefire, coordination and cooperation can be achieved in Marawi City by both forces unilaterally keeping safe distances between each other,” it said.
The statement was welcomed by the government peace panel, which reciprocated it by declaring that the Philippine government is not undertaking offensive operations against the NPA.

The recent pronouncements are seen by negotiators from both sides as positive steps toward the resumption of the stalled fifth round of talks.

Presidential Peace Adviser Jesus Dureza on Monday said he hopes the attack in Iloilo “is just part of the birth pains of the agreement to stop offensive military actions, even if it covers only Mindanao as of now.” (davaotoday.com)