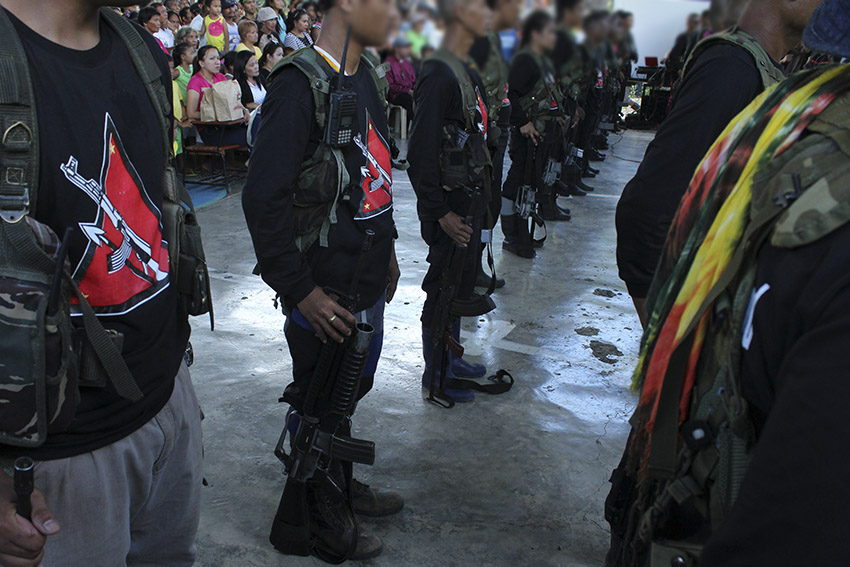 DAVAO CITY, Philippines — The New People’s Army said it thwarted military operations launched by the Philippine Army in Marihatag and San Agustin, Surigao del Sur since April 5 until the April 10.

This, as the NPA in the region took the active defense stance as they ordered all NPA units in their area not to launch offensives during the Holy Week from April 13 to April 16.

“The NPA will carry this out in respect of the Christian communities’ observation of the sacred Holy Week and for the orderly conduct of activities related to this celebration,” said Ariel Montero, spokesperson of the NPA North Eastern Mindanao Region command.

He said two Army were killed and four were wounded during the attack against the NPA-Front 19 on April 7.

“Red fighters struck them three times within one day in Barangay Mahaba, Marihatag, Surigao del Sur.  This happened last April 7, 2017 at 1:30 and 2:00 in the afternoon and at 11:00 in the evening,” Montero said.

Capt. Joe Patrick Martinez in a statement said troops under the 26th Infantry Battalion also recovered firearms along with the dead bodies of the guerrilla fighters around 3:30 pm on Holy Thursday.