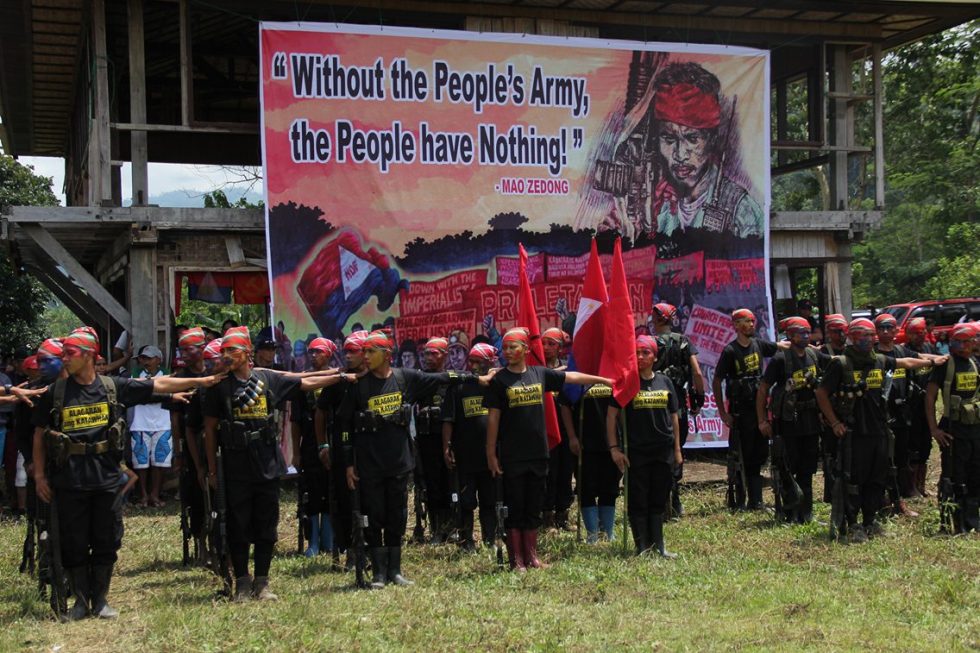 “The AFP now has the gall to garb the indigenous youth as uniformed fascist troops, become killing machines that sow terror and mayhem against their own tribe and kin,” Sanchez said in a statement on Sunday, October 8.

Captain Roberto Escalona Jr., acting spokesperson of the 10th Infantry Division was quoted in a Rappler report on September 29 saying the recruitment of the Lumad to military service is part of the AFP’s national program.

“This is part of the national program, not only for the anti-insurgency campaign but the function of the army as a whole. This includes the boosting of disaster relief operations, humanitarian efforts, combating terrorism and other lawless armed groups and peace spoilers, and other functions of the army,” he said.

The 10th ID earlier said that the planned integration of Lumad to the mainstream government forces will be able to provide “equal opportunities” for them. The Lumad recruits are to be deployed to the Army’s four brigades, it said.

But Sanchez viewed AFP’s move as a “desperate attempt” in order to gain military points in the battlefield.

The recruitment of at least 300 Lumad under the government’s Oplan Kapayapaan, according to Sanchez, is a rehash of Task Force Gantangan and the Investment Defense Force.

Both the Task Force Gantangan and the Investment Defense Force is an IP-centric initiatives aim only to mobilize the Lumad as “protectors of large mining and logging companies in Mindanao,” he added.

“This time around, the AFP cajoles the Lumad with promises of ‘status and benefits’ as other regular soldiers, highlighting all the more the AFP’s deeply ingrained culture of looking down on indigenous people,” Sanchez said.

He also branded the recruitment as a “divide-and-rule tactic.” (davaotoday.com)