Oldest Masjid in Davao may vanish due to demolition 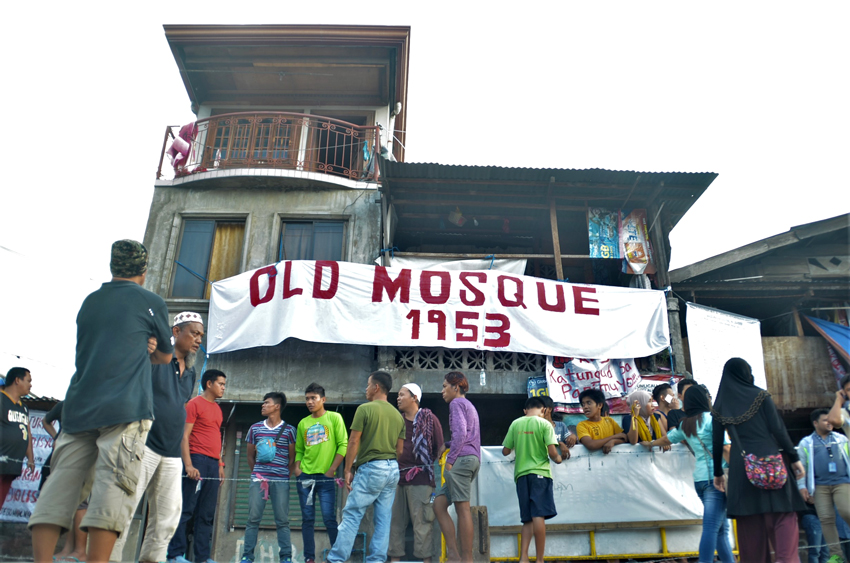 DAVAO CITY, Philippines — The oldest Masjid of Meranaws here is threatened for demolition as the city gears up for the infrastructure expansion in Barangay 26-C Salmonan in Davao City.

Last March 27, residents received a final notice of demolition that was dated March 3. The notice will affect 67 households, 34 of these consist of Moro families and 33 Christians.

They had since been holding a protest barricade to stop the eviction.

The Masjid Assallam was built in 1953 by the Meranaws who came from the provinces of Lanao del Sur and Lanao del Norte in the late 1950s.

At that time, Barangay 26 was still a marshland, remembers Mahmod Mala Adilao, regional chairman of Ulama League of the Philippines.

Five families donated funds to set up the Masjid through a rented house at a monthly rate of P50.

“In the year 1970s, the mosque became a landmark for everyone,” said Adilao.

With the plans for future development in the area, Alim Abdul Basit Mashallah, Chief Imam for Davao’s Meranaw tribe, said the Masjid should not be a target of demolition.

He said thousands of Muslims in the area have been using the Masjid as they perform prayers five times a day.

Mashallah said the Masjid is important for all Muslims.

“This is our spirit and soul, therefore, everyone should respect it,” Mashallah said.

The Quezon Boulevard Muslim-Christian Neighborhood Association in Salmonan refuted his claims saying that the land title indicated that the property is in Barrio Tugbok, Lianga, Davao City and not in Salmonan.
The group said the former marshland area was collectively developed by the Muslims and Christians in the past 65 years.

Eighty-one-year-old Anna Coreta Tandan, a Christian, said she had been living in Salmonan since 1947 when she was only in grade two.

She said that her family was the first one to build a house in the area, which back then was full of waterlilies.

Eventually, they shared the community with the Muslims who started to build their own homes.

Tandaan said that in 1973, she started to pay land tax to the City of Davao to secure the land.

Last year, she paid P9,000 at the City Treasurers Office.

Tandaan said Christians and Muslims have lived peacefully in the area.

She said they have developed an environment where they do business together and respect each other’s culture. (davaotoday.com)