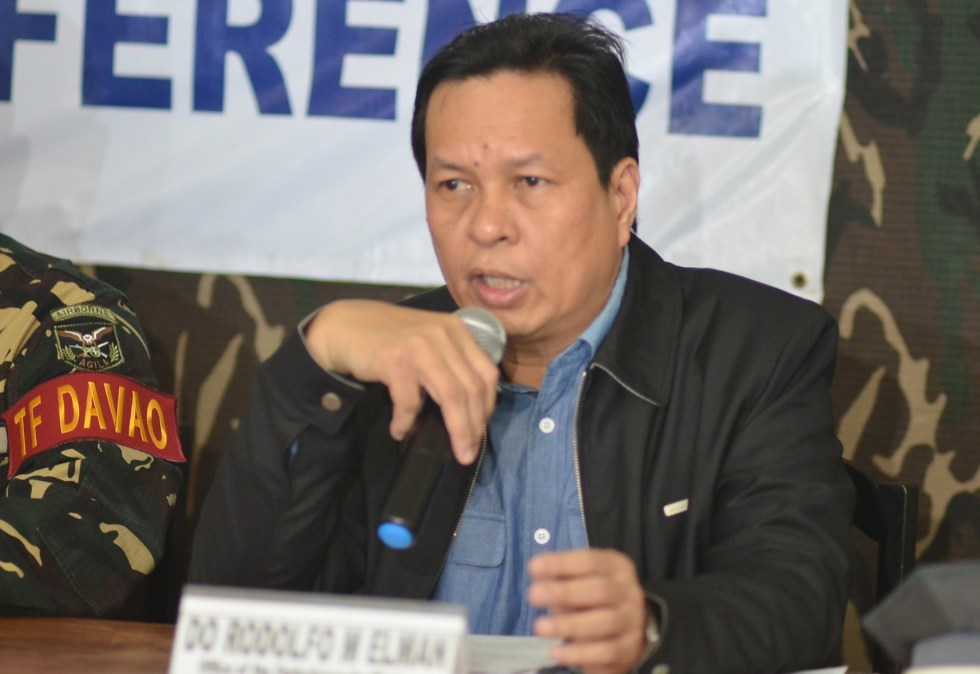 Deputy Ombudsman Rodolfo Elman speaks about high-ranking government officials in Mindanao who were involved in graft practices and criminality in a press conference in Davao City on Wednesday, July 20. (Medel V. Hernani/davaotoday.com)

DAVAO CITY— The Office of the Ombudsman in Mindanao claimed it has processed cases involving some high-ranking government officials here due to graft and corrupt practices and criminal acts.

In a press conference on Wednesday, Rodolfo Elman, Deputy Ombudsman of Mindanao said that they have filed cases against six mayors, eight municipal councilors, a prosecutor, and several other high-ranking officials in Mindanao.

He said Former Mayor Romeo Januto of Norala, South Cotabato faces graft raps over a P1.8M fertilizer fund scam procured in 2005 and Mayor James Y. Joyce of Jose Abad Santos, Davao del Sur who was charged for grave threats and slight physical injuries punishable under articles 282 and 266, respectively, of the Revised Penal Code on October 19, 2014. According to a press release from the Office of the Ombudsman, Joyce stopped the complainant and his passengers while en route to Digos City.

In Davao Region, the Ombudsman filed criminal charges and dismissed nine employees of the Department of Social Welfare and Development (DSWD) for falsification of public documents in relation to the construction of bunkhouses for the families hit by typhoon Pablo in 2012 in Compostela Valley and Davao Oriental.

He said that they already placed under preventive suspension for six months without pay the Municipal Mayor Elvino B. Balicao Jr. Of Wao, Lanao del Sur “because of his involvement in the so-called ‘Wao massacre’.”

The “Wao massacre” is the killing of children and women including several civilians at a Moro community in Sitio Mangampong in Barangay Park Area, Wao town in Lanao del Sur on April 25, 2015.

Meanwhile in Davao City, Elman said that they charged criminal case against Barangay Captain Joveto Salazar together with Barangay treasurer Elsie Fallega of Barangay Paciano Bangoy in Agdao who will be charged with malversation with the amount of P1.124 million.(davaotoday.com)