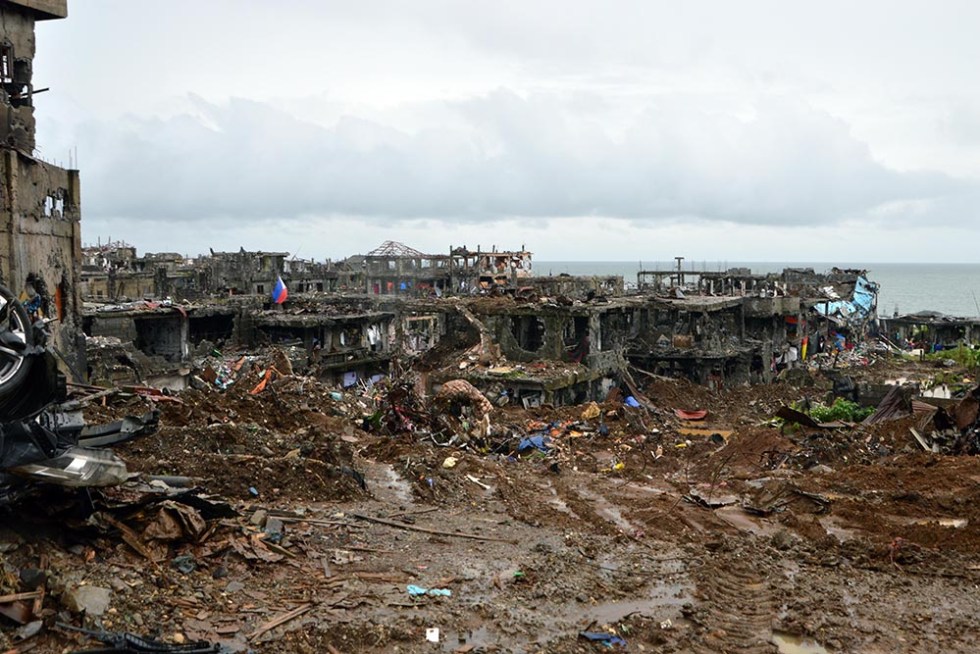 CAGAYAN DE ORO CITY, Philippines – What happened in Marawi City should be a wake-up call not just for its residents, but also for everyone living in Mindanao, a government official said over the weekend.

“Marawi is a big awakening for everyone. We cannot therefore take things for granted,” said Jesus Dureza, Peace Adviser on the Peace Process, during an event at the Laguindingan Airport in Laguindingan, Misamis Oriental on Saturday afternoon, October 21.

Dureza said it is very important for people to realize that terrorism can strike anywhere, and for that they should be aware of what is happening in their communities at all times.

He said civilians must no longer rely solely on the law enforcement for their security, but must take certain initiatives to ensure that terroristic activities will not occur in their locality.

“Security should not be left entirely to the military and police, it is equally the obligation of every ordinary citizen to contribute,” he added.

Dureza said people must learn from what happened in Marawi, not decimated after almost 5 months of intense fighting between the military and extremists who have pledge allegiance to the Islamic State.

According to the military, more than 800 militants, 87 civilians and 163 soldiers have been killed during the conflict since May 23.

The reconstruction of Marawi is not only focused on the physical aspect but of social factor, Dureza said.

“Rebuilding is not simply rebuilding structures. The most difficult part is social healing, rebuilding broken social relationships,” he said.

He said social healing is a vital component in the rehabilitation efforts of the Task Force Bangon Marawi.

Task Force Bangon Marawi, a multi-agency group, was created by President Rodrigo Duterte by virtue of Administrative Order No. 3, which he signed on June 28, a few days after the conflict in Marawi erupted.

Dureza said the task force is still in the process of crafting a roadmap that would help Marawi recover from the devastation.

For his part, Zia Alonto Adiong, Lanao del Sur Crisis Management Committee spokesperson, said Marawi residents must have a say in any rehabilitation initiatives, adding the civilians must have the acceptance before any project could be initiated.(davaotoday.com)