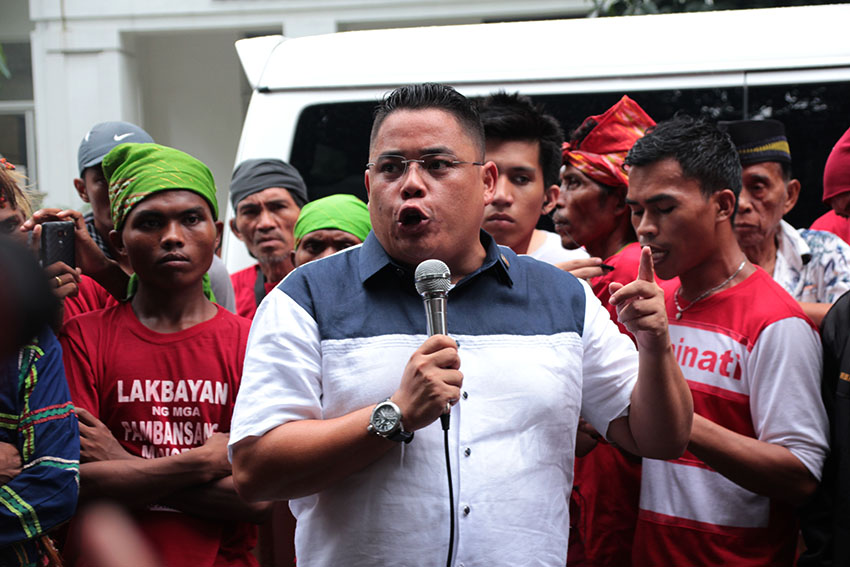 Anakpawis Partylist Rep. Ariel Casilao, in a statement, condemned the mass killings of accused of drug and petty crimes across the country. (davaotoday.com file photo)

DAVAO CITY, Philippines — The surge of killings resulting from the government’s anti-illegal drug campaign prompted a militant lawmaker on Friday to call for the slashing out of the P900 million budget for Oplan Double Barrel Reloaded.

This as Anakpawis Rep. Ariel Casilao, in a statement, condemned the mass killings of accused of drug and petty crimes across the country. The recent of which is the 80 casualty of the four-day anti-drug and anti-crime operations of the Philippine National Police.

“We condemn this act of madness, as if the accused comes from poor sectors, the result is consistently gruesome. This is identical to a martial law rule, an outright symptom of failure of the justice and law enforcement system, total disregard of basic rights of the people and tantamount to reign of impunity,” Casilao said in a statement.

The militant lawmaker feared that the P900 million budget for Oplan Double Barrel Reloaded “will worsen the already worse state of killings under the facade of war on drugs.”

Casilao pointed out that the government’s war on illegal drugs could not be considered as a war. He said: “War on drugs is not even a war, as victims are helpless, like the case of the Grade 11 student killed in Caloocan.”

“We demand justice for him and all the victims, and call on various sectors to unite as this exhibition of atrocity should have no place in a supposedly democratic and free society in the country,” he added.

“The senseless killings must stop or President Duterte, Gen. Bato Dela Rosa, and all those who are responsible are certain to face the build up of people’s resentment in the near future,” Casilao said.(davaotoday.com)