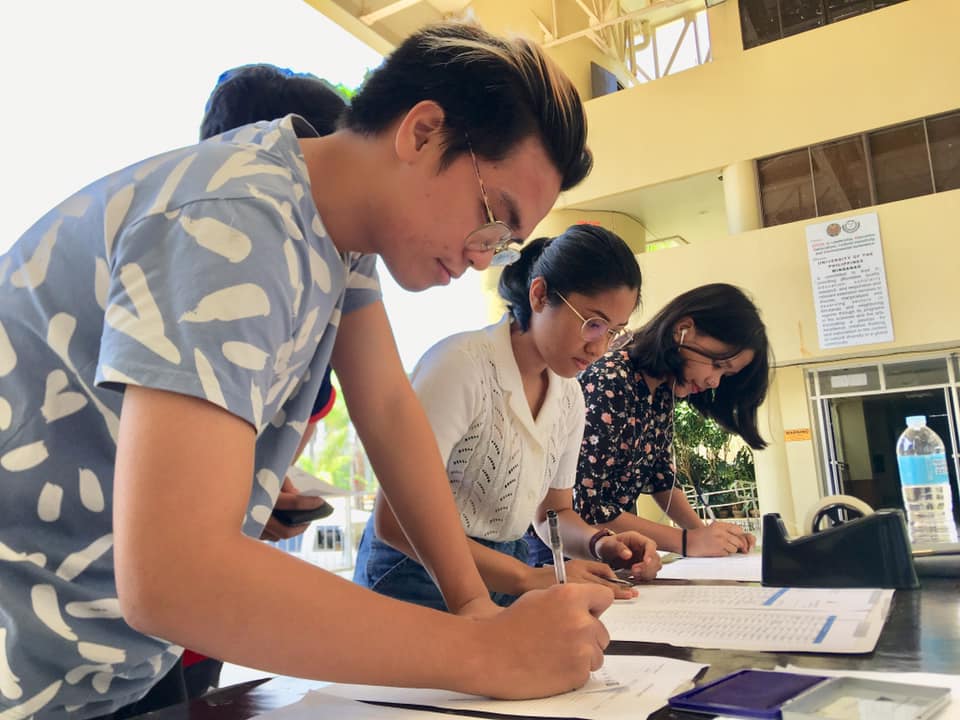 DAVAO CITY, Philippines — Senatorial candidates of the opposition and progressive party-lists under Makabayan bloc topped the mock poll recently held in the University of the Philippines (UP) Mindanao.

Otso Diretso’s Florin Hilbay secured the sixth spot with 34.38 percent, Benigno “Bam” Aquino III and Erin Tañada got the seventh and eighth spots with 28.52 percent and 24.61 percent of votes, respectively.

Completing the top 10 is Pia Cayetano with 22.27 percent at the ninth spot and Edgardo Sonny Angara garnering 15.63 percent placed 10th.

Garry Alejano and Romulo Macalintal placed 11th and 12th with both 12.50 percent of votes.

Meanwhile, Serge Osmeña and Koko Pimentel hold the 13th and 14th position with 10.94 and 10.55 percent, respectively.

Compared to the results of the recent Pulse Asia survey on the Top 15 senatorial preferences, only six of them were part of the top 14 preferred senators of UP Mindanao constituents.

Interestingly, Ronald “Bato” Dela Rosa, and Bong Go, senatorial candidates both coming from Davao City was also not among the top candidates.

The result also showed the party-lists under the Makabayan bloc leading in numbers.

Kabataan party-list, which garnered 39.84 percent of votes, topped the survey while Gabriela Women’s Party with 19.14 percent was second, and Bayan Muna, and ACT Teachers party-lists hold the third spot with 3.91 percent.

Rey Mart Lapina, newly-elected chairperson of the UP Mindanao University Student Council said the results of the campus-wide mock elections “manifest the firm stand of the students for an independent Senate.”

“It also shows that students are aware of our current political climate, they are voting for candidates who are gender sensitive, nationalistic and pro-people. It was proof that UP Min students strongly opposed the anti-poor and anti-Filipino Duterte government,” he added.

Meanwhile, Allan Jeo Olar and head of the campus mock elections said they thought candidates under the administration-backed Hugpong ng Pagbabago (HNP) slate will dominate in the mock-elections given that UP Mindanao is located in Duterte’s bailiwick.

“Actually the result was very shocking, we thought Hugpong candidates will dominate knowing that we are in Davao City. However, the results showed that most of the voters of the UP Mindanao community scrutinized each candidate on who should be the right people or the genuine representatives of the Filipino people in the Senate and in the congress who uphold the genuine clamor of the marginalized,” said Olar.

The UP Mindanao Student Council, in partnership with the Office of Gender and Anti-Sexual Harassment organized the #Piniliay 2019: UP Mindanao Midterm Mock Elections.

The mock poll started in the morning of May 7 and concluded on the afternoon of May 8. (davaotoday.com)