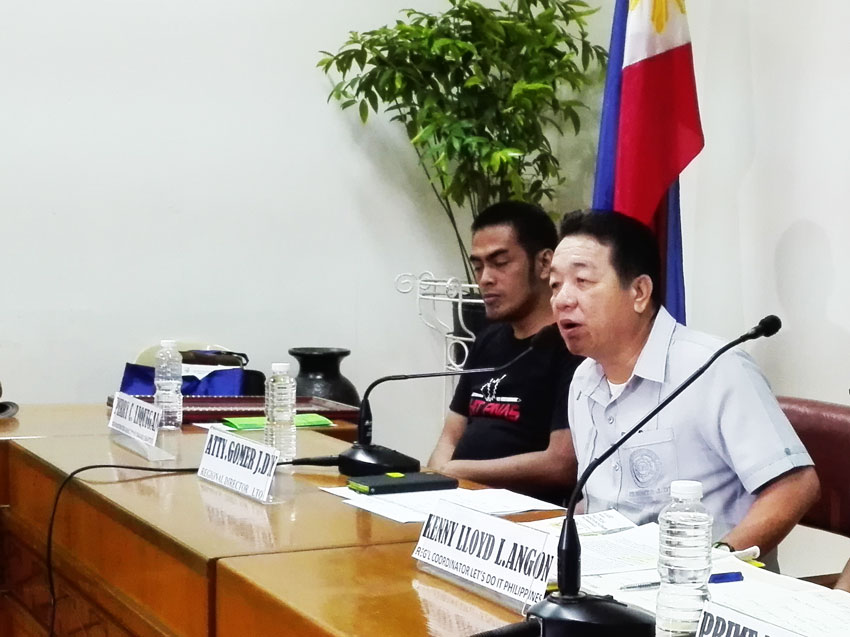 Regional Director Atty. Gomer Dy appeals to the public not to deal with fixers. He said on “normal operations” a license renewal would only take 30 minutes. (John Rizle L. Saligumba/davaotoday.com)

DAVAO CITY — The Land Transportation Office XI said its total revenue collection has doubled for a one year period since August of last year at P526 million.

Dy said much of the revenue was from new and renewal of motor vehicle registrations which reached 350,000 units.

He said the amount is yet to increase as they still have two months before the set October deadline.

Dy said they are able to serve 350 new and renewal of registration clients per day on normal operations and without power and internet connectivity interruptions.

Meawhile, Dy said they have yet to finish issuing 58,009 backlog driver’s licenses which they say is dependent on the supply from the national office.

He said the region previously had more than 63,000 backlog in license cards but have cut it down with the arrival of license cards to their regional office each week.

Dy also called on the public “not to deal with fixers” to hasten their transactions. He said on “normal operations” a license renewal would now only take 30 minutes.

“The system may sometimes go offline and we experience slowdown as it is weather dependent, but most days the system is okay,” said Dy.

Dy admitted that fixers “can still pass through” their office and transact business up to a certain point.

“We later know they transacted with fixers when it fails,” Dy said.

Dy said they were able to accost fixers with the police in the past, but “the client itself settle for payment of the transaction amount and back-out of a case.”

“They cannot enter our office anymore except to transact for a client in the windows but they stay across the street in public space,” he said.

Dy said that fixers once complained with the Commission of Human Rights when they tried to drive them away.(davaotoday.com)