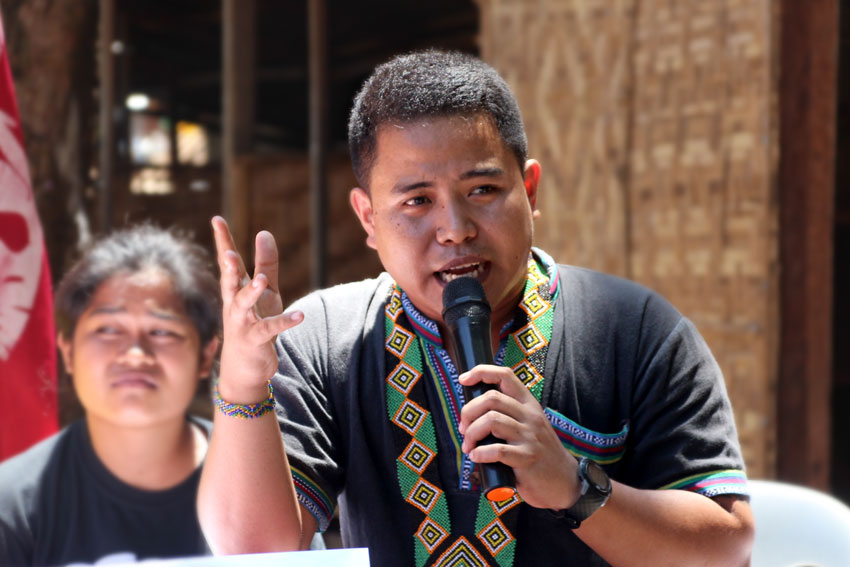 DAVAO CITY, Philippines – The Pasaka Confederation of Lumad Organizations in Southern Mindanao, denied allegations that the Salugpongan Ta ‘Tanu Igkanogon Community Learning Center (Salugpongan) administrators did not acquire Free, Prior and Informed Consent (FPIC) before putting up the schools.

In an interview, the secretary-general of Pasaka, Jong Monzon, said the statement against them is clearly malicious and is a baseless accusation.

“We comply with the free, informed, and prior consent requirement before we enter the communities. We are even with the IP leaders, the Datus upon entering communities. This just means that the Armed Forces of the Philippines, especially Esperon, is just looking for loopholes to pin on us,” Monzon said.

Another Lumad leader, Mindanao Indigenous Peoples Council of Elders and Leaders (MIPCEL) Chairman Datu Joel Unad, on the other hand, said Salugpongan schools do not comply with the FPIC.

“The basis for us is the proper coordination with the IP Leaders. This means they have to get the Free, Prior and Informed Consent (FPIC). They can’t put up any development or institution without the FPIC,” said Unad in the sidelines of the Pre-SONA event at the SMX Convention Center Wednesday.

“This FPIC is facilitated by the National Commission on Indigenous Peoples (NCIP),” he added.

“One of the characteristics of Salugpongan is that they don’t have the Learner’s Reference Number. If you don’t have the LRN, how are you supposed to be promoted to the higher grade? This just means that they are now the property of the NPA,” Esperon said.

Monzon, meanwhile, said the show cause order, which they believe will turn into closure orders soon, is intimidation directed at the Lumads.

“The administrators in Salugpongan have always complied with the requirements. So, we were really shocked when Esperon issued the complaint mandating the Department of Education to suspend the operation of Salugpongan schools,” he said.

Monzon said the show cause order of the Department of Education with a deadline of just five days shows malicious intent against the Lumad schools.

“We are complying with the show cause but we would like to tell them that it is really unfair that after 12 years of operation, we are just given five days to comply. Where is justice in that case? We would like to tell the people that the government is committing injustice against the Lumad instead of helping us,” Monzon said. (davaotoday.com)