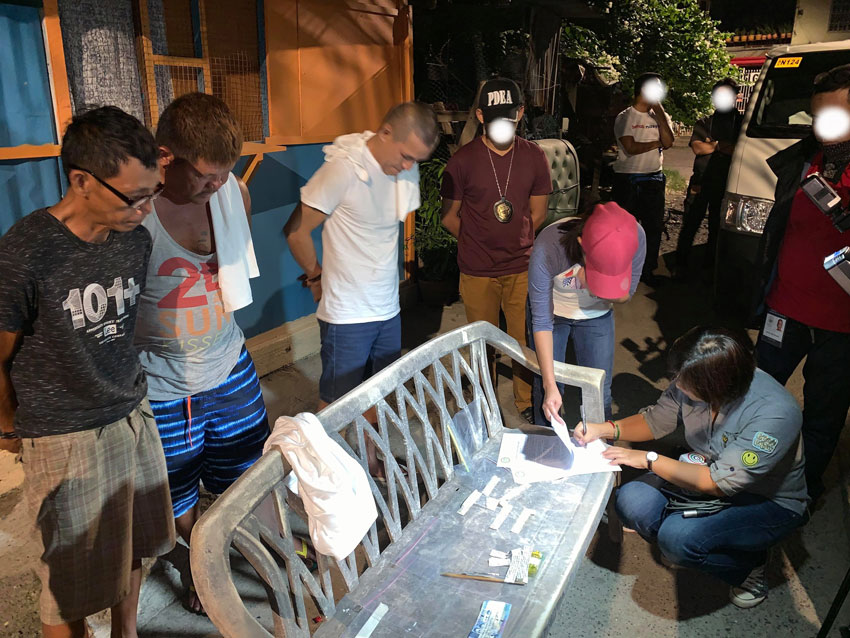 The three were arrested by PDEA agents in a buy-bust operation at St. Uriel Street, Coca-Cola Village in Matina on Sunday, February 4.

The report said the suspects were nabbed while selling a sachet of suspected methamphetamine hydrochloride, commonly known as “shabu” to a PDEA agent posing as a buyer.

Authorities said the confiscated sachet of suspected shabu has an estimated street value of PHP14,000.00.

PDEA agents also seized from the suspects another sachet of suspected shabu weighing around 10 grams with an estimated street value of PPH150,000.00.

PDEA Regional Director Antonio Rivera said Felimon Panaligao, Jr. is the No. 8 target in PDEA’s list of drug personalities in the region while his brother, Joel is at No. 14.

The three are considered as high-value targets in Davao Region, Rivera added

The suspects are currently detained at the PDEA regional office detention facility while waiting for the formal filing of charges for violation of Republic Act 9165 otherwise known as The Comprehensive Dangerous Drugs Act of 2002. (davaotoday.com)